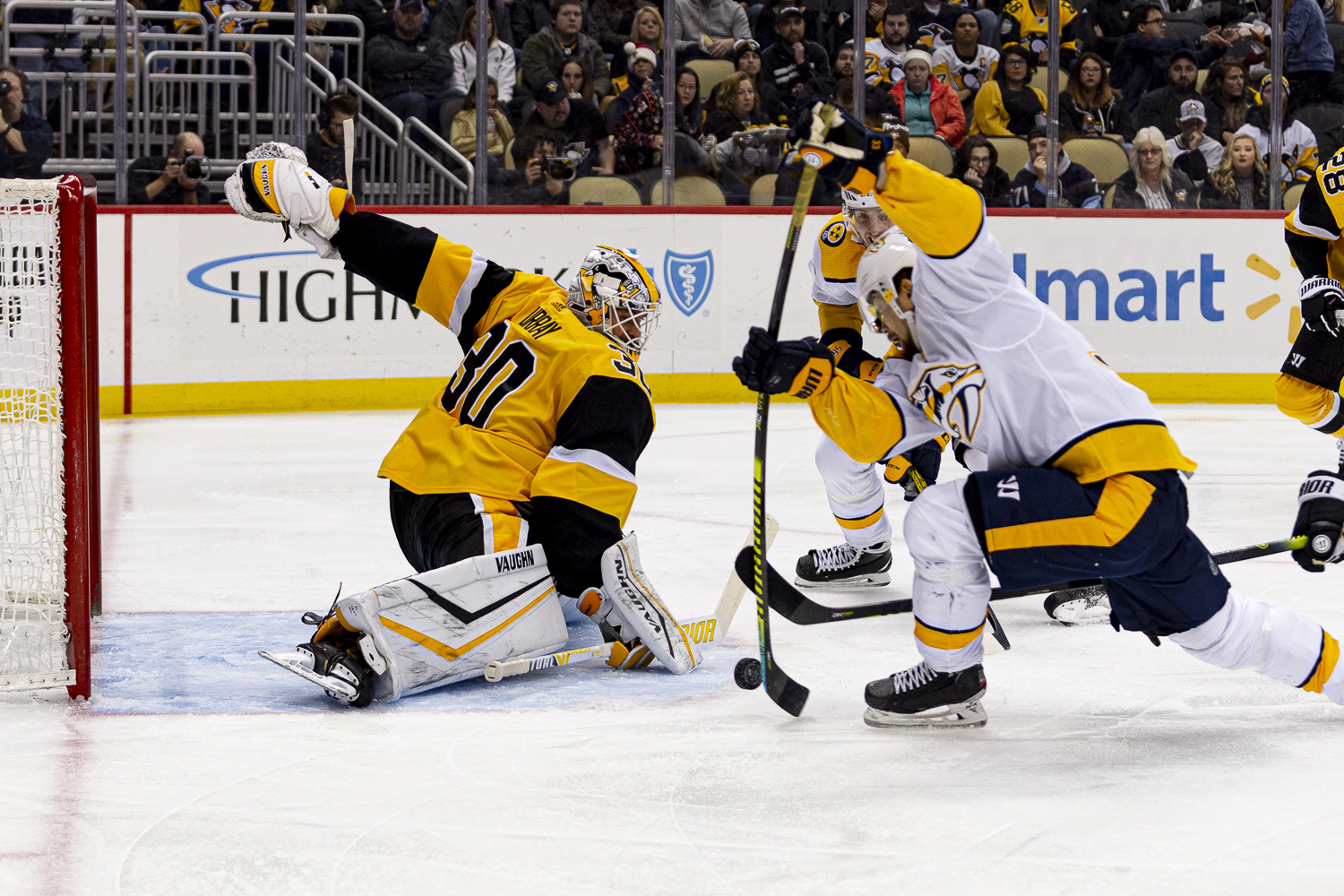 Matt Murray made 44 saves on 48 shots in the Penguins' 6-4 win over the Predators on Saturday night at PPG Paints Arena.

The win was Murrays' first in three weeks, and just his second win since Nov. 9. His last start was the Penguins' final game of the Canada road trip, where he made 10 saves on 14 shots in a loss to the Canucks on Dec. 21. Before that, he hadn't played since Dec. 7, a win over the last-place Red Wings in which Murray made 25 saves on 28 shots.

Saturday's game against the Predators was a shaky one at times for Murray, but after a strong third period he earned the confidence-boosting win.

"It feels good for sure," Murray said after the win.

Let's break down his night.