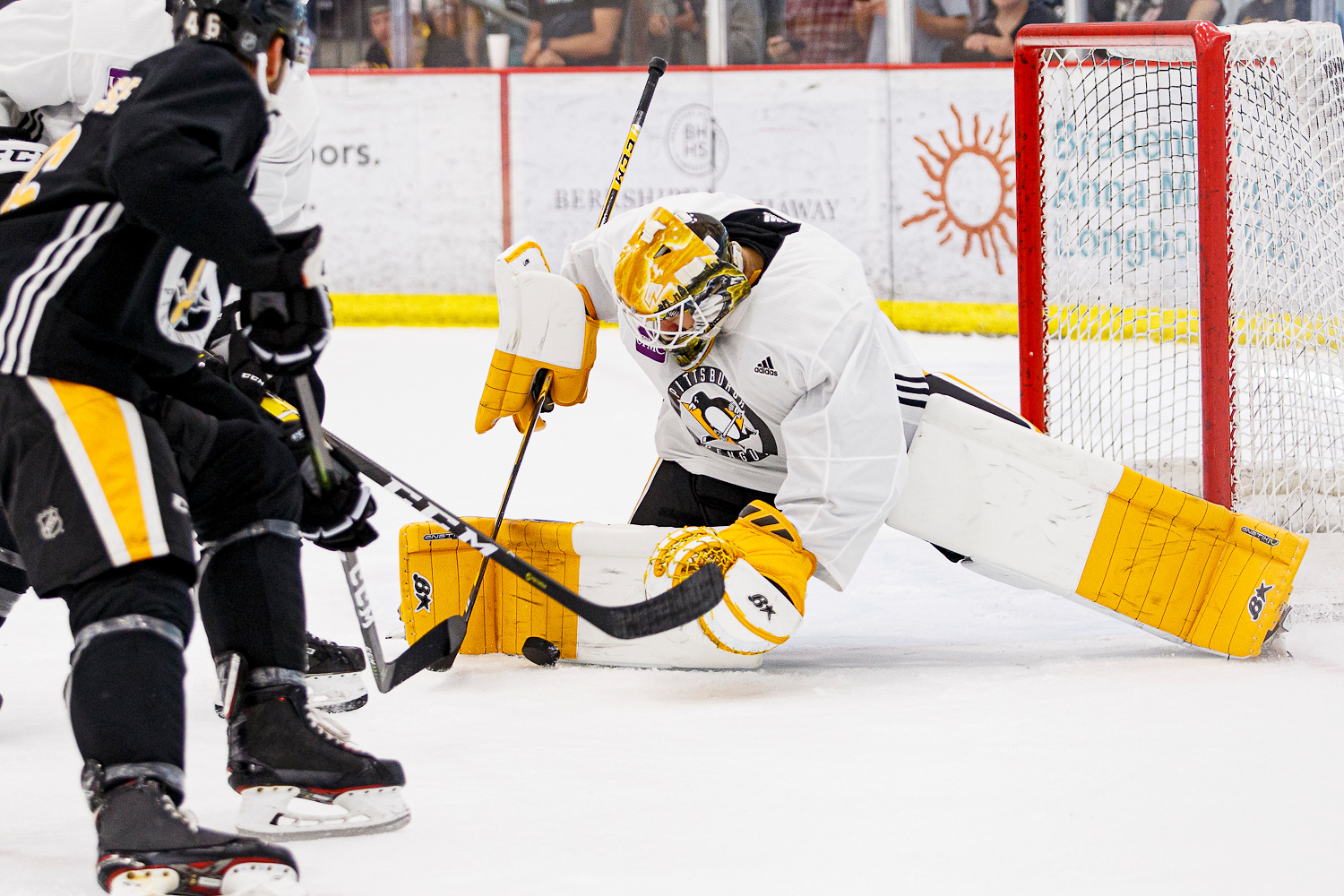 Larmi served as backup goaltender in the Penguins' 3-2 overtime win in Montreal on Saturday after Tristan Jarry was left home on the trip to have him better prepared for Sunday's game, and Casey DeSmith in Wilkes-Barre lost his passport and was unable to fly to Montreal.

Larmi is in Wheeling on what is essentially a conditioning stint after he missed nearly a month with a health scare. With Larmi and Dustin Tokarski sharing the backup role, the infrequent starts made it difficult to Larmi to find his footing again.

In four starts with Wheeling, Larmi has posted a 3-1-0 record with a 1.51 goals-against average and a .959 save percentage, including a 26-save shutout in his first game.