RICHMOND, Va. -- The Penguins haven't failed to sell out a home game in more than a decade. But such was not always the case. In 1979, for instance, they didn’t pack the Civic Arena until the calendar had turned to January.

The crowd that night was well-earned, however.

The team was on a hot streak, just lending more heat to an exuberant time to be a Pittsburgh sports fan. A week later, the Steelers would capture their third Lombardi Trophy, and 12 months later, their fourth. In the midst of that span, the Fam-a-Lee of Pirates would win the World Series. And while those Penguins didn’t achieve such heights, they did manage to end the season with a 36-31-13 record, good enough for second place in the Norris Division, and beat the Sabres in the first round of the playoffs before falling to these same Bruins in the second. 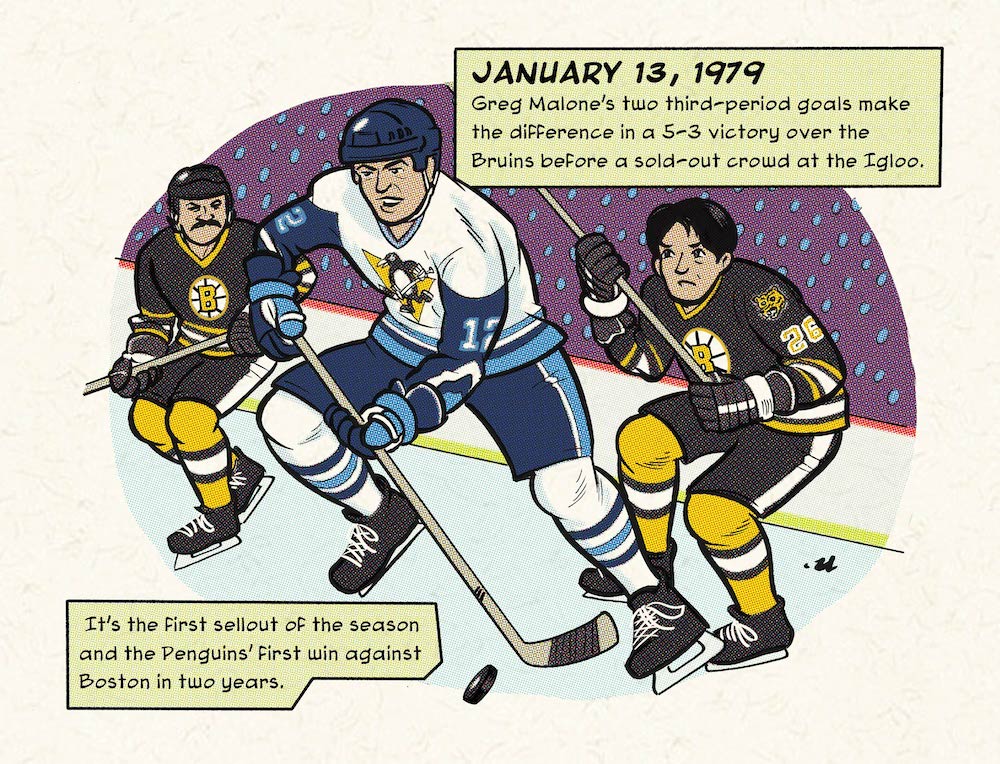