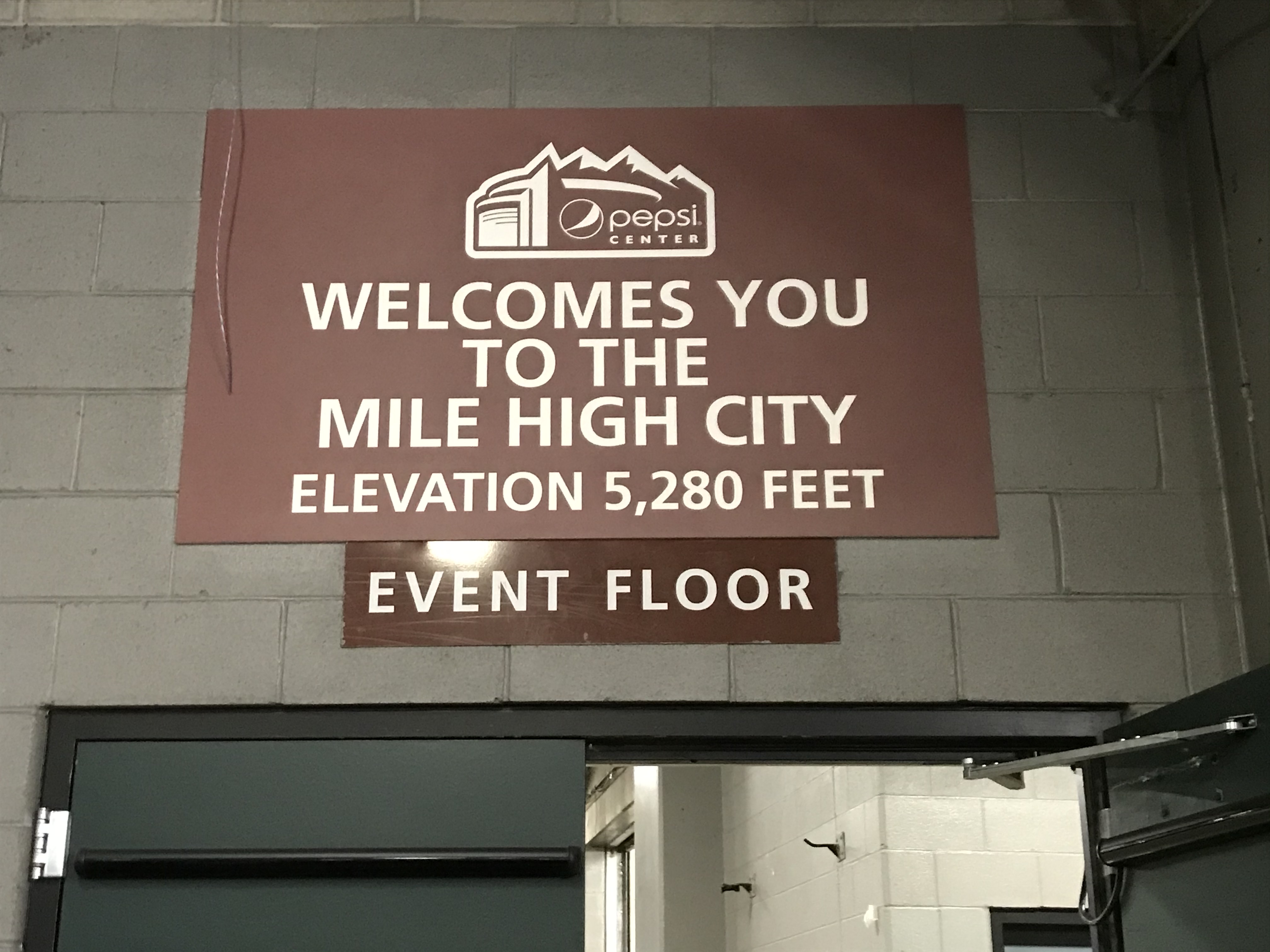 DENVER -- Teams that come to this town know all about Avalanche center Nathan MacKinnon, and how they have to devise a strategy to limit the damage he does.

They also realize that they must try to neutralize rookie defenseman Cale Makar, too, and that guys like Mikko Rantanen and Nazem Kadri can make their visit to Pepsi Center miserable.

But one thing the Penguins, who will face Colorado tonight at 9:08, insist won't concern them is the thin air here.

Denver-based teams take every opportunity to remind opponents that the city sits a mile above sea level -- witness the sign above, positioned over a doorway opposing players go through when entering Pepsi Center -- but Penguins players say the lower-than-usual oxygen level will not be a significant issue for them this evening.

That includes defenseman Kris Letang, who is averaging a team-leading 25 minutes, 31 seconds of ice time this season, which would seem to make him a leading candidate to have his energy drained faster than normal during the game.

Letang allowed, though, that he's aware of the lower oxygen levels "maybe a little bit" when he's on the ice.

His defense partner, Jack Johnson, believes that flat-out denial is the best approach.

"I don't think about it," he said. "I think you can psych yourself out a lot. I don't come into a game worried about the altitude."

One way to combat any effects, real or imagined, is to keep shifts short, but winger Brandon Tanev suggested that is important during a lengthy road trip, regardless of the venue.

"You still want to keep shifts a little shorter than normal on a long road trip," he said. "Keep your legs fresh and get everybody rolling."

Given the high speeds at which Tanev tends to operate, one might suspect that he sucks in oxygen like a high-performance car engine.  He seems confident, though, that neither he nor any of his teammates will be seriously affected by the thin air.

• Sidney Crosby, who is recovering from surgery to repair a sports hernia, did not go on the ice with defenseman Justin Schultz and forward Nick Bjugstad at Pepsi Center today. Schultz and Bjugstad also are rehabbing injuries.

• Colorado defenseman Ian Cole, a member of the Penguins' Stanley Cup-winning teams in 2016 and 2017, said he isn't surprised that there are so many new faces in their locker room since he left. "Very Penguin-esque," he said. "A lot of turnover. A lot of turnover. When you're right at the salary cap and have to constantly make decisions based on the salary cap,  that's what happens."

• Here's an oddity about ice time: The players directly behind Letang on the Penguins' average minutes-play list all are recovering from injuries. They are Brian Dumoulin (21:04), Jake Guentzel (20:38), Crosby (20:32) and Schultz (20:17). The first healthy player after Letang is rookie defenseman John Marino, whose ice time matches that of Schultz.

• Avalanche left winger Gabriel Landeskog, on Colorado scoring just three times in its past two games after getting a total of 12 goals in the previous two: "For us, everything starts in the (defensive) zone and making sure that we take care of our zone and that there are five guys defending."

• The Penguins didn't hold a game-day skate, but here are their personnel combinations from practice Thursday: