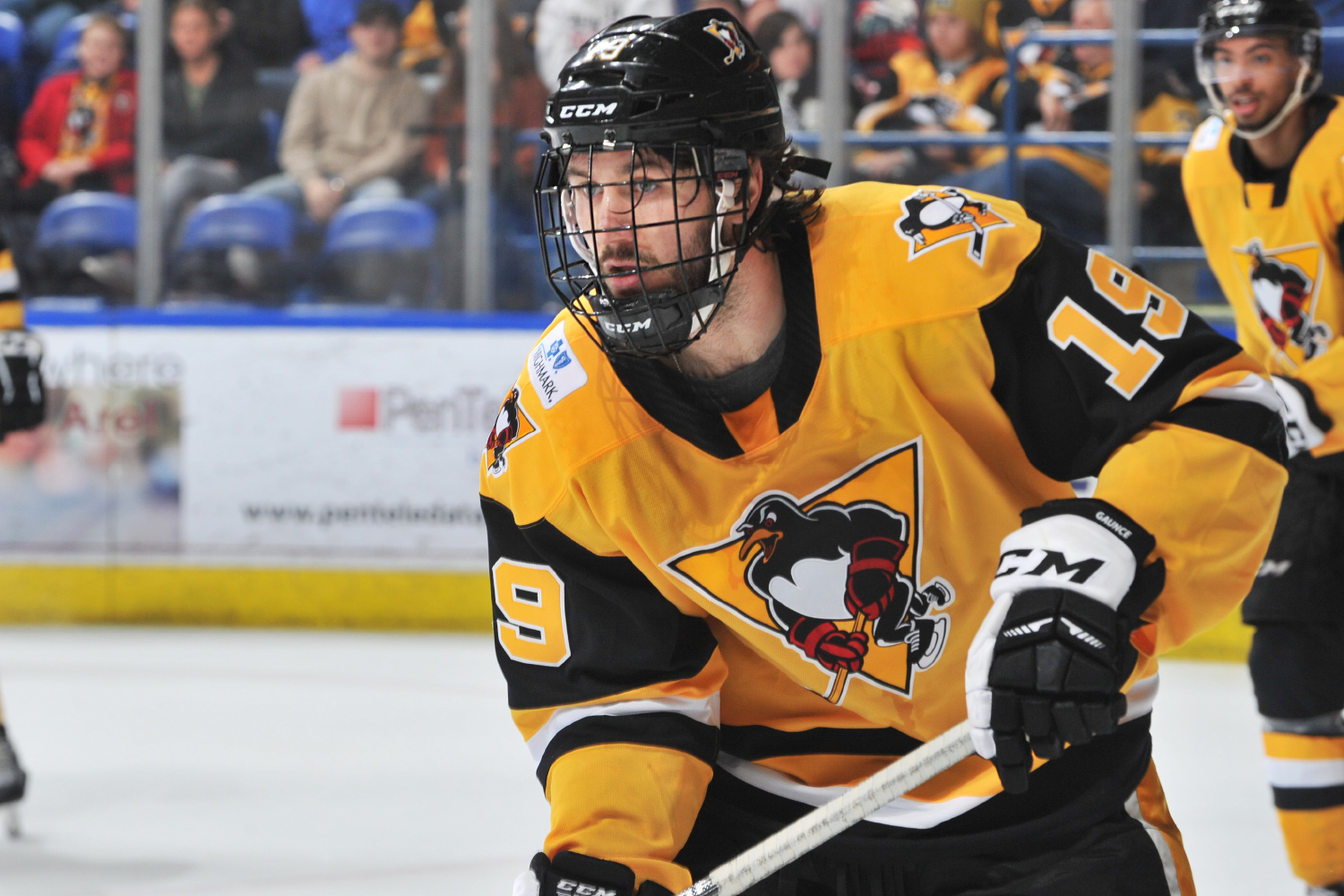 On Jan. 4, Wilkes-Barre/Scranton signed forward prospect Cole Cassels to an AHL-level contract for the remainder of the 2019-20 season.

Cassels, 24, was the Canucks' third-round pick in 2013, and spent 2015-18 playing for the Canucks' AHL affiliate in Utica. I caught up with Cassels this week to learn more about the newest forward prospect in the system.

Cassels, 6-foot and 180 pounds, is a right-handed center. When I spoke to him, he described himself as having "a solid, two-way game, good on faceoffs. Defensively responsible first, but not afraid to try and contribute offensively. Just a reliable, hard-working player."

Cassels attended the AHL Belleville Senators' training camp this summer on an invitation basis, but didn't make the team's final roster and instead signed an ECHL-level deal with the Utah Grizzlies. Through seven games with Utah, Cassels recorded two goals and eight assists, and earned an AHL tryout contract back with Belleville, which permits a player to play up to 25 AHL games.

Cassels played 24 games with Belleville, scoring three goals and five assists, and began looking for a more permanent home for the season.

"My (tryout contract) was running out, and my agent and Pittsburgh and Wilkes started talking, and it just seemed like a great opportunity for myself," Cassels told me. "Everything kind of worked out, I'm happy to be here for the rest of the year."

"That's something you look forward to, it's everyone's dream to play in the NHL whether you're on an American League deal or wherever you are. Hopefully I can prove my worth here, and in the end it'd be nice to get an NHL contract. Right, now I'm focused on helping Wilkes-Barre make a playoff push and make a deep run here."

Now that Cassels has been around the team for a little over a week and has played in four games, he's happy with his new team.

"It's been great so far," Cassels said. "The facilities are top-notch, the organization is top-class, from the way they treat players at practice, to feeding us, everything. They treat everyone very equally and with a tremendous amount of respect."

Cassels scored a goal in his second game with the Penguins, a first-period power play goal in Wednesday's game against the Checkers:

"It's always nice to get one early," Cassels said of his first as a Penguin. "It was a great play, an easy goal for me. (Pierre-Olivier) Joseph made a great pass, I'll take those any day."

Cassels is taking on a significant role in Wilkes-Barre early. He played his first game on the team's third line, but after first-line center Andrew Agozzino was recalled by Pittsburgh, Cassels was promoted to the top line, centering Adam Johnson and Anthony Angello.

"That means a lot," Cassels said. "It's something I've been working for all four years I've been in the American League, and it's nice to get an opportunity with a new organization like that, and have some trust with the coaching staff already. It's up to me to make sure I can take advantage of the full opportunity."

One element of Cassels' game that he said he'd like to improve on during this year in Wilkes-Barre is his skating, and being able to trust his own offensive instincts and shoot more.

Cassels was able to work on his skating last season in a bit of an unusual spot, playing for the Grizzlys Wolfsburg of the German DEL. He finished No. 4 on the Grizzlys in scoring with seven goals and 17 assists in 50 games.

"I didn't get qualified by Vancouver, and it was an opportunity that seemed special," Cassels said of moving to Germany last season. "I know I was young, but it was just a cool opportunity and I just wanted to take advantage of that and see the European style of hockey."

Cassels said the bigger European ice surface was "for sure" an adjustment he had to make in the move, but in the long run, he thought the different style was good for developing his skating.

"When I was talking to my agent when we decided to go (to Europe), it was just to get my offensive touch back," he said. "And because the ice was so much bigger, I thought it would help with my skating."

Cassels’ father, Andrew, was a first-round pick of the Canadiens in 1987. He played in 1,015 NHL games over 16 seasons with the Canadiens, Whalers, Flames, Canucks, Blue Jackets, and Capitals. Cole was born in 1995, during his father's time in Hartford, but his early memories of his dad's career come from their time in Vancouver and Columbus.

Cassels said when he was younger, he spent a lot of time running around his dad's locker room for morning skates, and got to go out on the ice sometimes for the skates.

"I remember guys like Todd Bertuzzi, Rick Nash, players like that. ... It was a really cool experience," he recalled. "Just seeing how hard they work, everything they put together on a daily basis. I think it helped me in the long run, and helped develop me into the player and the man I am today. I'm really grateful for that."

Cassels said after every game he talks to his dad about areas of his game that could have been better, although he listens to the coaching staff first and foremost.

"It's nice to have him in my back pocket, on my side," Cassels said. "He's helping me improve, and help me become the best player that I can be."

• Goaltender Emil Larmi was recalled from Wheeling on Jan. 13.

• Forward Chris Brown was recalled from Wheeling on Jan. 10.

• The Penguins will be hosting a postgame concert series on Jan. 31 and Feb. 1.

• Jan. 8: vs. Charlotte, 6-3 loss
The Checkers got off to an early lead 40 seconds into the game. Cassels evened the score with a power play goal, his first goal as a Penguin, midway through the period.

The Checkers added another goal in the third period, then capped off the win with an empty net goal.

Casey DeSmith took the loss with 23 saves on 28 shots as the Penguins outshot the Checkers, 30-29.

The Penguins went 2-for-4 on the power play and 1-for-2 on the penalty kill.

• Jan. 10: vs. Hershey, 2-1 shootout loss
The Bears' Axel Jonsson-Fjallby scored the game's opening goal 42 seconds into the second period. Jamie Devane tied the game with his second goal of the year midway through the period. After a scoreless third period and overtime period, the game went to a shootout.

Tokarski took the loss with 18 saves on 19 shots. Thomas Di Pauli led the Penguins with five shots on goal as they outshot the Bears 34-20.

The Penguins went 0-for-5 on the power play and 1-for-1 on the penalty kill.

• Jan. 11: vs. Hartford, 3-0 win
Roy scored his first as a Penguin and fifth of the year late in the second period to give the Penguins a 1-0 lead. Warsofsky and Angello each netted empty netters in the final two minutes to seal the win.

DeSmith earned the 25-save shutout, and the Penguins outshot the Wolf Pack, 27-25.

The Penguins went 0-for-2 on the power play and 1-for-1 on the penalty kill.

Johnson had a nice shot:

Roy scored his first as a Penguin:

• Pierre-Olivier Joseph joined Nick Hart on the show this week. This is probably the best episode of the season so far. Joseph has a great energy about him, and has some good stories and observations: