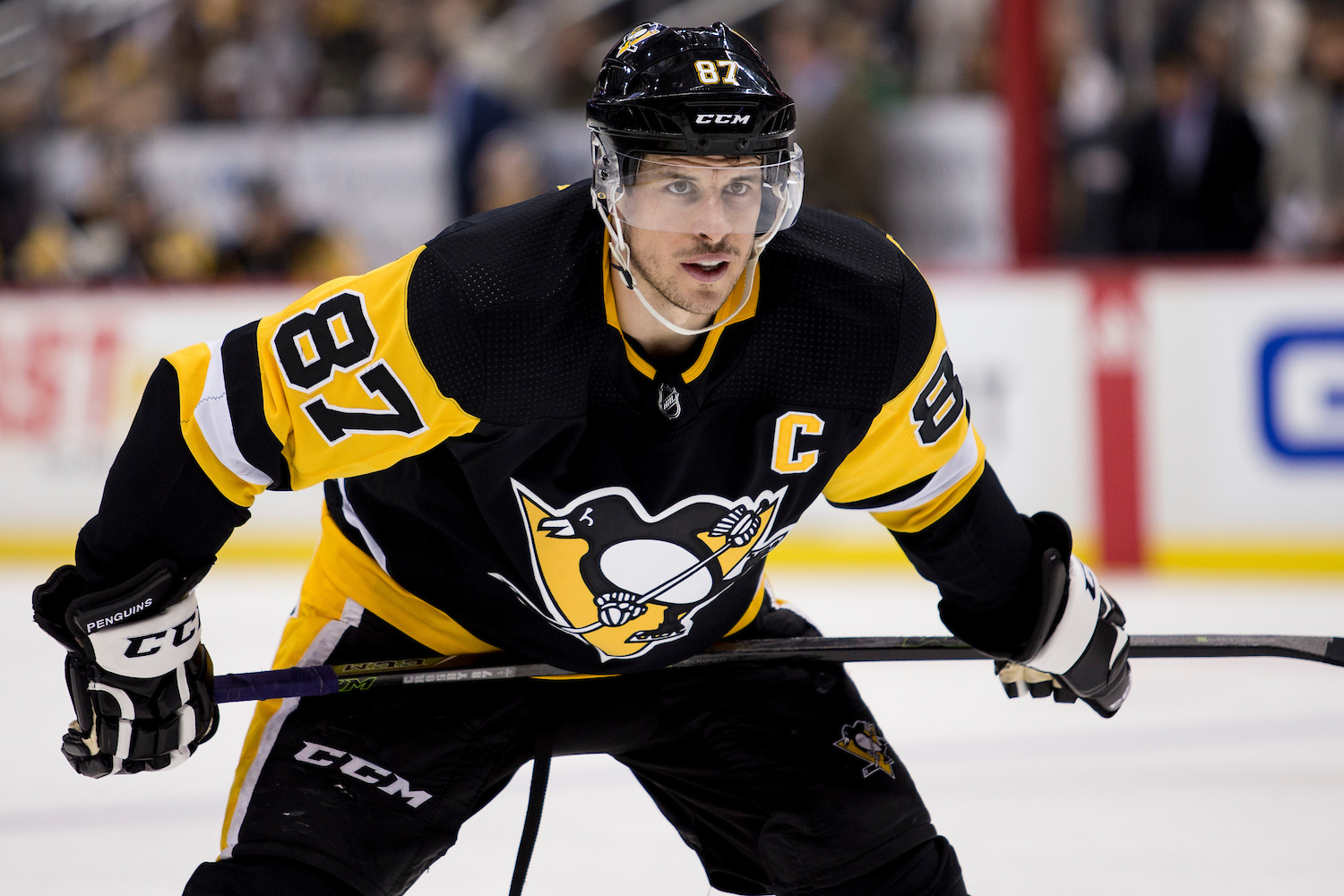 It's official. Sidney Crosby will make his comeback on Tuesday evening at PPG Paints Arena against the Wild after being sidelined for the last two months.

Crosby has a lengthy injury history through his first 15 NHL seasons, with long-term ailments including a high ankle sprain, multiple concussions, a broken jaw, and currently, recovery from core muscle surgery.

Historically, Crosby has put up strong performances in his returns from his injuries.

One of the early lengthy injuries of Crosby's career was a high right ankle sprain sustained on Jan. 18, 2008, after he crashed into the boards in a game against the Lightning.

"Obviously, it is a huge loss," coach Michel Therrien said of the injury. "There is no team that can deal with losing the best player in the league. He is the heart of the team and he is our leader. We are going to face adversity and we are going to have to battle through it."

Crosby was out of the Penguins' lineup for nearly two months, missing 29 games, and returned on March 4 in Tampa. The Penguins won that game 2-0. Crosby picked up an assist on the first goal of the game, a tally from Max Talbot in the final three minutes of the game. The Penguins finished the regular season with a 5-1-1 record, and Crosby scored four goals and five assists in that span.

The most memorable comeback was when Crosby returned on Nov. 21, 2011 against the Islanders after being away from the game for over 10 months with concussion symptoms. In his first game since Jan. 5 of that year, he scored two goals and two assists in a 5-0 Penguins win. His first goal came after only five minutes and 24 seconds:

“Something I’ve been waiting for a long time,” Crosby said. “I hope no one was reading lips at home, I couldn’t hold that in.”

"Nine months off and then you come back and get four points," Sergei Gonchar said at the time of Crosby's return. "Sid is Sid. It's kind of abnormal for everybody else, but for him it's normal. He's coming back and playing like he never missed a step."

"I'm not sure you can draw up the dramatic fashion in which the game unfolded, but him stepping back on the ice, the embrace from the fans, the energy in the building and what happened on the ice were special," Dan Bylsma added. "It's really a unique game and a unique setting."

Crosby skated in eight games in the return before he was shut down for another 40 games with concussion symptoms and a neck injury after being elbowed by David Krejci.

“I don’t know," Crosby said of the returning symptoms. "I know I got hit in the head there. I felt pretty good after that. I didn’t feel anything too major. If I had to look at one hit, yeah… If anything it was probably that one with (Krejci).”

Crosby returned on March 15, 2012 against the Rangers. He earned two third-period primary assists in a 5-2 win.

Crosby suffered a significant injury late in the following season when he was struck in the face with a Brooks Orpik slapshot in March 2013. He required surgery to repair a broken jaw.

“When you see the replay, he had no chance to move,” said Jarome Iginla, who made his Penguins debut in that game. “He didn’t see it hit him. It’s a very, very unfortunate play.”

Crosby missed 13 regular season games and one playoff game before returning on May 3 in Game 2 of the first round against the Islanders. He scored two first-period goals in his return game, a 4-3 loss:

Crosby went on a seven-goal, eight-assist run in 14 games until the Penguins were swept in the Eastern Conference Final by the Bruins.

Crosby missed the first six games of the 2016-17 regular season after suffering a concussion in a training camp practice. He played his first game of the season on Oct. 25 against the Panthers, and scored a power play tally in a 3-2 win:

"For me, (Crosby) didn't miss a beat," Mike Sullivan said. "We got a huge boost from his goal. We're grateful we got him back in the lineup and we're a better team when he's in there."