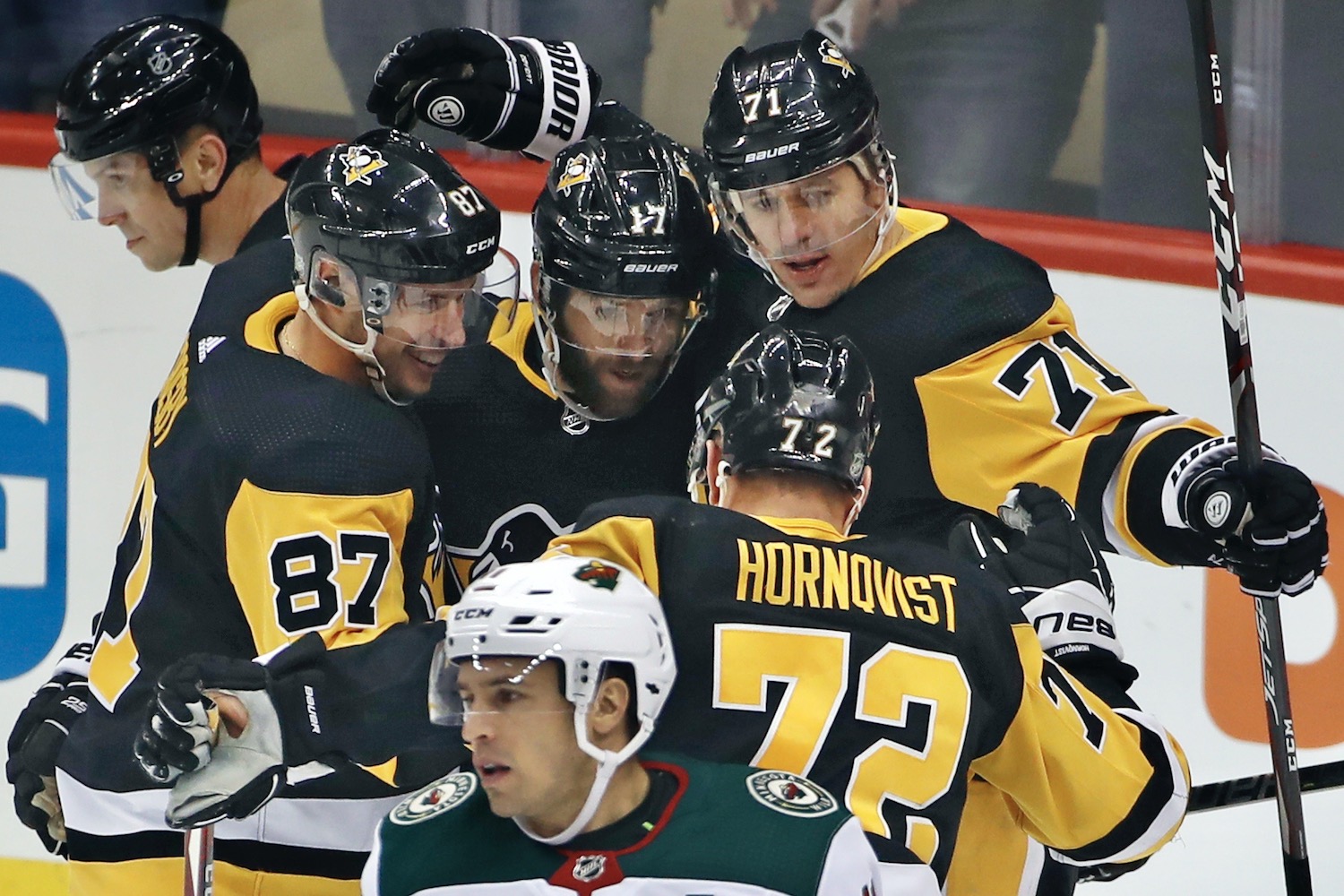 It was, the way Dominik Simon saw it, simply "amazing."

Evgeni Malkin shrugged it off as nothing more than"hockey instincts."

But Bryan Rust might have had the best explanation for how Malkin made the no-look drop pass to him that set up the Penguins' third goal in their  7-3 victory against the Wild at PPG Paints Arena Tuesday night.

The most imaginative one, anyway.

"He's Russian," Rust said. "He's got like three eyes, or something."

He might have a point, because that assist did border on being other-worldly.

Malkin carried the puck from near the Penguins' blue line down the left side into the Minnesota end, being badgered by Wild center Mikko Koivu from behind most of the way.

As defenseman Jonas Brodin closed in on him from the right side, Malkin threw a blind, backhand pass into the slot -- and right onto the stick of Rust, who carried it to near the left hash mark before throwing a shot past goalie Devan Dubnyk:

"He somehow sees me following up the play, he draws in both defenders, spins around and puts it right on my tape," Rust said.

Which is pretty much what Malkin was hoping those instincts would allow him to do.

Malkin has had -- and inspired -- lots of those good feelings this season.

He had two goals and that exceptional assist against Minnesota, his third consecutive multi-point game and his 14th of the season:

"There aren't many guys in this league who can dominate the way he can," said Sidney Crosby, who is something of an authority on the subject. "He was great again. He's been playing awesome hockey."