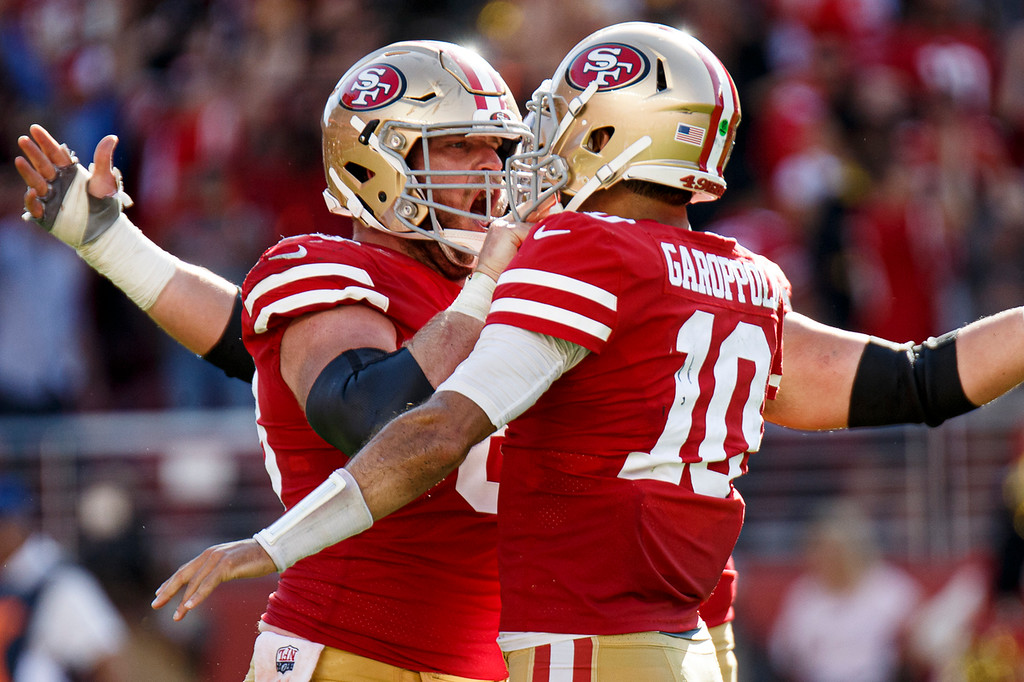 There will be a new Super Bowl champion this season. And there's also a good chance we'll have a new quarterback to add to the short list of Super Bowl winners.

Of the remaining four teams -- the Titans, Chiefs, Packers and 49ers -- only Green Bay's Aaron Rodgers has won a Super Bowl, that coming back in 2011 against the Steelers.

We'll also see a first-time head coach hoisting the Lombardi Trophy. Only the Chiefs' Andy Reid has led a team to a Super Bowl before this season, though Reid's Eagles lost to the Patriots in 2005.

But that's also why Rodgers and Reid might have the most to gain -- and lose -- of anyone still remaining in these playoffs.

Though he has a stellar 207-128-1 career record, Reid is just 13-14 in the postseason, with five of those postseason losses having come in a conference championship game, including one last season to the Patriots.

Earlier this season, Reid passed another former Chiefs head coach, Marty Schottenheimer, for the most wins by an NFL coach without having won a championship.

Because of that record of futility, his players want a title for Reid as much as anything.

“I would probably be happier for him, for sure,” Chiefs quarterback Patrick Mahomes said. “I’ll be pretty happy, too, for myself.”

To get there, Reid will have to beat a team that's been his personal bugaboo. Reid is just 1-8 in his career against the Titans, including a 35-32 loss this season in Tennessee on Nov. 10.

But that game occurred when Mahomes was returning from a month off from a serious knee injury. Now, he's rolling along as evidenced by his 321-yard, five-touchdown performance last week in a 51-31 win over the Texans after falling behind 24-0.

The Chiefs can't afford to do that against the sixth-seeded Titans and running back Derrick Henry, who became the first player in NFL history to post three-straight games with 180-plus rushing yards last week in a win over the Ravens. Henry had 195 yards on the ground in the upset win in Baltimore against the No. 1 seed.

The Chiefs-Titans game won't be the only rematch of the weekend.

If Reid has plenty to prove, Rodgers does, as well. Despite being considered an all-time great, he has just one Super Bowl win to this name.

And at 36, Rodgers is running out of time to get that second one and join the dozen other QBs who have two. But he'll have to beat a team that embarrassed him the first time around.

“You realize, playing against them, how good they are,” Rodgers told reporters this week of the 49ers. “At the time, they had a two-game lead plus the tiebreaker. Just calculating things in my head, I figured that if we made a run, we’d probably have to beat them at their place at some point. And, sure enough, we’re back there, needing a win to get to the Super Bowl.”

And now they are there.

If Rodgers doesn't make it, it will mark the first time since 2012, when the Ravens' Joe Flacco squared off against the 49ers Colin Kaepernick, that the game will feature two quarterbacks making their first Super Bowl start.