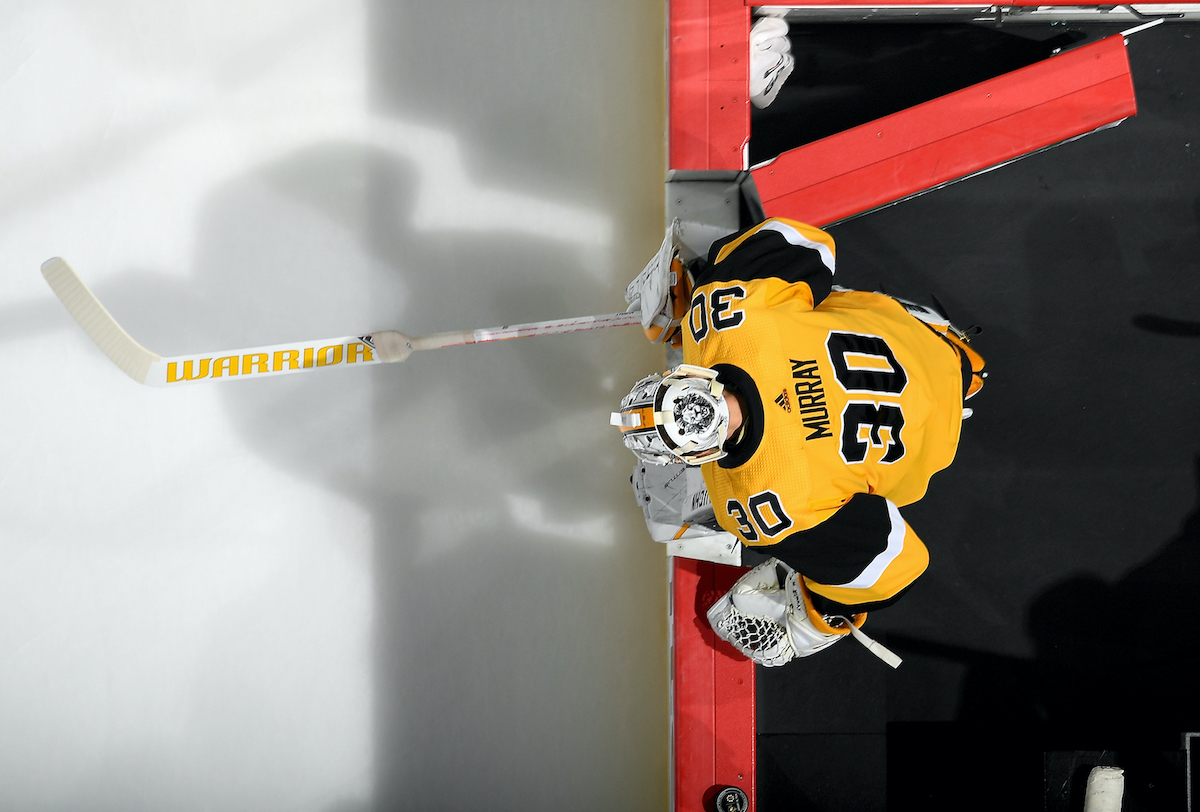 Matt Murray didn't have the greatest start in Sunday's 4-3 win over the Bruins at PPG Paints Arena.

The Bruins took an early lead after Patrice Bergeron opened the scoring 11 seconds into the game. Less than two minutes later, Anders Bjork extended the lead to 2-0. At 15:07, Jack Johnson put the puck past Murray into his own net to give the Bruins a 3-0 lead.

Through the first 11 shots Murray faced in the first period, he allowed three goals.

When Murray made a routine stop and covered the puck shortly after, the Penguins fans in attendance began to jeer him, giving him sarcastic Bronx cheers.

Sidney Crosby, unprompted, shared his thoughts on the reaction Murray received from the crowd.

"He was really solid," Crosby said of Murray's performance. "Unfortunately, he heard it a bit from the crowd there early in the game. He stuck with it. He's been great. That's not easy for a goalie, when you're at home and you hear from your own fans."

When Murray was asked for his reaction to the jeering from the crowd, he said, "No comment."

After the third Boston goal, Murray stopped the next 23 shots he faced. He finished with 34 saves on 37 shots for a .919 save percentage.

Crosby wasn't the only one to share his thoughts on Murray's performance. Toward the end of Murray's media scrum, Evgeni Malkin walked past and said, "Muzz best, best."