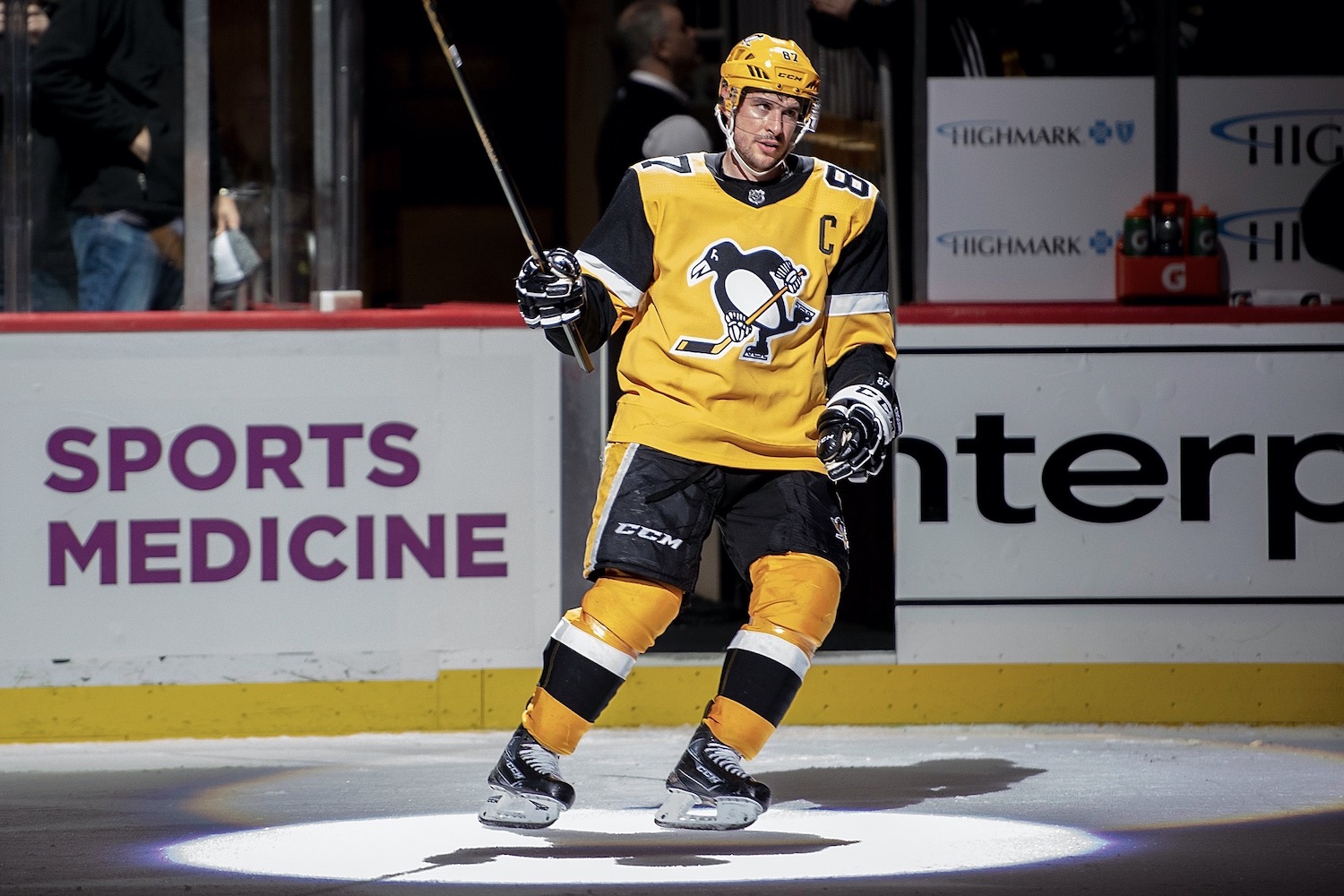 [theme-my-login show_title=0]
Sidney Crosby skates out as the No. 1 star after the game Sunday at PPG Paints Arena. - GETTY
Share
Tweet
Email

The Penguins have done this sort of thing before, you know.

Six other times this season, actually.

That's about twice per month, on average.

But none of their previous six rallies when they won games after trailing at the end of two periods were quite like the one that earned them a 4-3 victory against Boston at PPG Paints Arena Sunday.

Perhaps because their prospects for simply avoiding embarrassment, let alone actually picking up points, looked so bleak when the Bruins had a two-goal lead just 122 seconds after the opening faceoff.

Or maybe because, when David Pastrnak -- OK, Penguins defenseman Jack Johnson, if you want to get precise about it -- put Boston up by three at 15:07 of the first period, the Penguins barely had as many shots as the Bruins did goals.

Then again, it could be simply that any comeback victory against such a quality opponent -- Boston is one of just three teams looking down at the Penguins in the overall standings -- would seem pretty special.

And, of course, it could be all of the above.

Probably is, really, which is why Kris Letang described it as "one of our best wins of the year."

And that presumably was without Letang realizing that Boston had been 200-1-6 since 2010-11 in games during which it built a three-goal lead. (For those who might be mathematically challenged, that means the Bruins now are 200-2-6 when that happens.)

The two points the Penguins earned came with redemption for goalie Matt Murray, who stopped just one of Boston's first three shots but rejected all 24 thrown at him during the final two periods, and Johnson who, for a time, looked as if he might have been put in the game-winning goal.

Pastrnak was trying to feed a cross-ice pass to Brad Marchand at the left side of the crease when Johnson got his stick on the puck ... and steered it past Murray:

"I had a pretty good feeling the guy was just going to throw it across the goal line to the guy on the back side there," Johnson said. "You try to stop it ... you don't want to let it go through there, and you can't deflect it out into the slot."

But Johnson made certain that goal wouldn't provide Boston's margin of victory when he drove a slap shot past Jaroslav Halak from the top of the left circle for a shorthanded goal -- his first in 917 career NHL games -- to pull the Penguins even, 3-3, at 1:41 of the third period.

"That was awesome," Murray said. "Huge goal for us."

It allowed Bryan Rust's goal from the inner edge of the left circle at 12:35, made possible by an Evgeni Malkin steal and set-up from behind the goal line, to go down as the game-winner:

The Penguins won despite playing much of the game with only 10 forwards, as two top-six wingers were hurt.

Sullivan said after the game that both players were being evaluated and offered no additional details on their status or prognosis.

The way the game began, it seemed like that injury report might be the most upbeat thing Sullivan would have to offer about his team when the afternoon had run its course.

The Bruins took a 1-0 lead when Patrice Bergeron scored 11 seconds into the game, and things deteriorated from there for the Penguins.

Until Simon scored from along the goal line to the right of the net with 86 seconds to go in the first period, the only question figured to be whether the Bruins would win by double-digits.

"Obviously, that goal by (Sidney Crosby's) line was huge," Rust said. "Gave us a little bit of life."

Indeed it did, although the Penguins contend they never lost hope, even as the Bruins were steamrolling them.

Perhaps because they'd already won two games this season in which they had to wipe out three-goal deficits.

"We obviously weren't too thrilled with it, but it's a place we've been before, unfortunately," Rust said. "But we've climbed out of holes before. Everyone in the room know what it took."

Mike Sullivan agreed, which is why he spent the first intermission briefing his players on some tactical adjustments, not putting vulgarities together in new and creative ways to express his distress with how his team had performed during the previous 20 minutes.

"He knew we were not happy with our period," Letang said. "He didn't have to say anything or yell at us. We all knew, as a team, we were not playing the right way, that we came out flat."

And they understood that they are a resilient bunch, as evidenced by their 31-13-5 record in a season in which adversity has come at them not in waves, but in tsunamis.

"Good teams don't get discouraged," Letang said. "They stay the course and they play the right way. In this league, a three-goal lead is not a great lead, so you just keep going."

And so they did. After Simon resuscitated them with his goal late in the first, Teddy Blueger got them within striking distance just 33 seconds into the second after taking a between-the-legs pass from Crosby:

"That was really nice," Blueger said. "Obviously, it's fun to be out there with him."

Funny, but opposing defensemen don't seem to share that feeling.

Although Bruins defensemen had a few moments they'd prefer to forget Sunday, like when Malkin stripped the puck from Charlie McAvoy before setting up Rust's goal, there is no mistaking that Boston is a force in the Eastern Conference.

"They're a really good hockey team," Sullivan said. "There's a reason they are where they are in the standings."

True, but there also are lots of reasons that the Penguins are just one point behind the Bruins, with a game-in-hand, despite all they have endured during the past three months.

One of them is their refusal to accept that any hurdle, including a three-goal deficit against an elite opponent, is insurmountable. Even if they'd prefer that such rallies not be a regular part of their repertoire.

"It's not a recipe we want to have very often," Johnson said. "It's nice that we know we can come back from that, but it's not the position you want to be in."