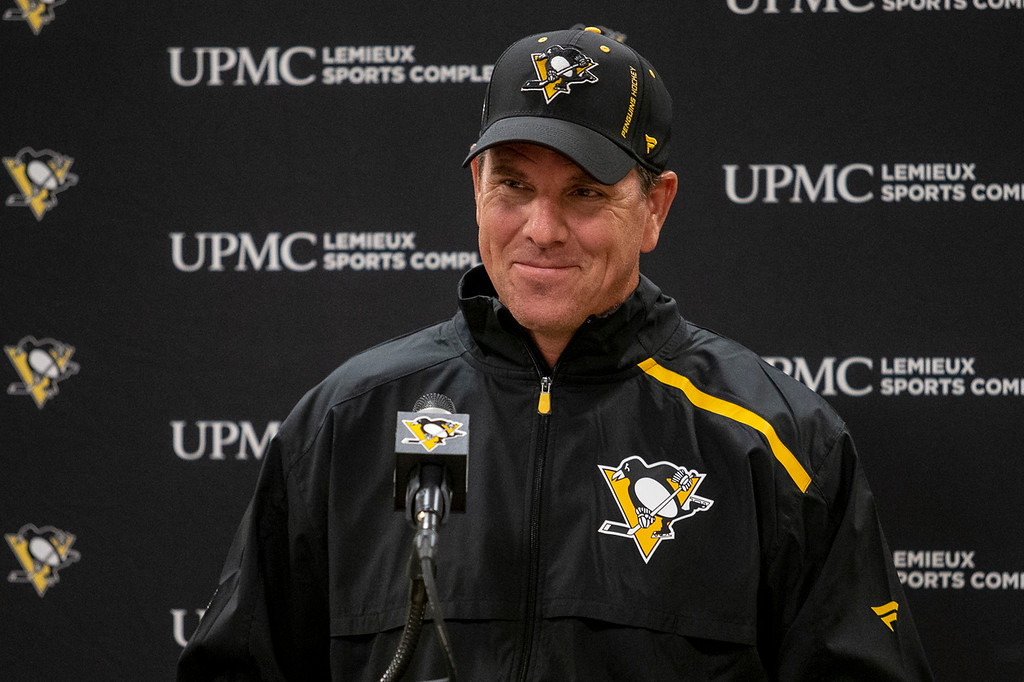 ST. LOUIS --  The Professional Hockey Writers Association voted on 10 midseason awards for the third consecutive season, and Thursday's results show that Mike Sullivan is the early favorite for the Jack Adams Award, awarded each year to the coach adjudged to have contributed the most to his team's success.

Sullivan is followed by John Tortorella and Craig Berube in the Jack Adams voting.

The PHWA does not vote on the actual Jack Adams Award at the end of the season -- that is done by the National Hockey League Broadcasters Association.

The rest of the results of the PHWA's midseason awards, as voted on by 117 writers from all 31 chapters is as following:

Hart Trophy - to the player adjudged to be most valuable to his team.

Norris Trophy - to the defenseman who demonstrates the greatest all-round ability in the position.

Selke Trophy - to the forward who best excels in the defensive aspects of the game.

Calder Trophy - to the player selected as the most proficient in his first year of competition.

Lady Byng Trophy - to the player adjudged to have exhibited the best type of sportsmanship and gentlemanly conduct combined with a high standard of playing ability.

Vezina Trophy - to the goaltender adjudged to be the best at his position.

Jim Gregory GM of the Year Award - to the General Manager adjusted to have contributed most to his team's success.

Rod Langway Award - to the defenseman who best excels in the defensive aspect of the game.

Comeback Player of the Year Award - to the player who returned to a previous high level of performance that was interrupted by subpar play, long-term injury or major illness.