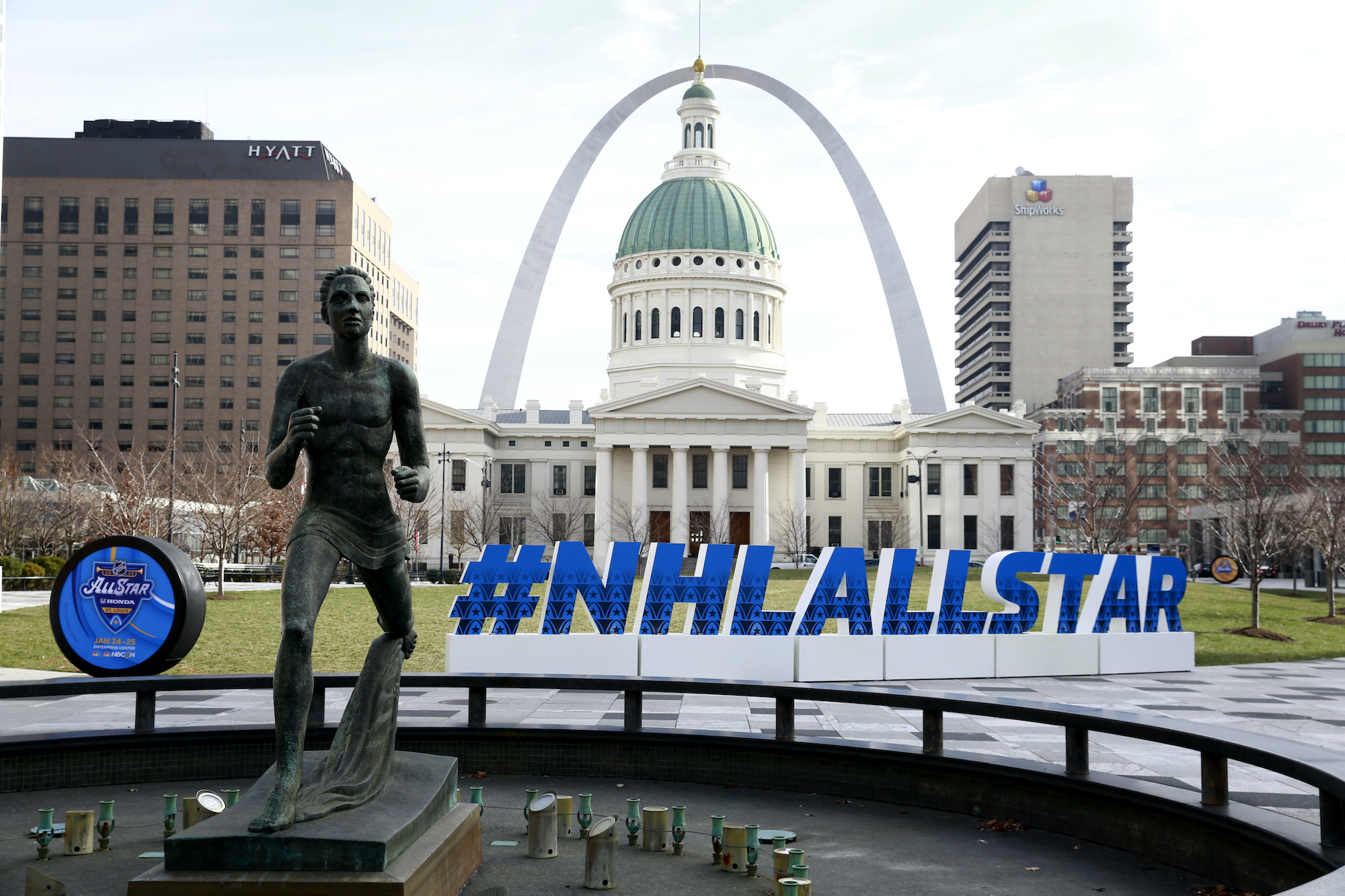 ST. LOUIS -- The NHL announced the order of events and participants for Friday's All-Star skills competition.

Kris Letang is not scheduled to take part in any of the skills events. Tristan Jarry will take part in the save streak challenge, the event in which all goaltenders participate.

The NHL will also be debuting a new event, which seems overly complicated and involves putting players on a 30-foot platform.

Here are the details for the events:

Bud Light NHL Save Streak
A minimum of four goalies and all 36 skaters will participate in the Bud Light NHL Save Streak™, a shootout grouped by division where goalies compete to make the most consecutive saves. Each goalie will face one opposing division and a minimum of nine scoring attempts. Each scoring attempt is officiated in accordance with NHL shootout rules and begins on the referee's whistle. Players from each division will shoot in numerical order, lowest to highest, with the divisional captain shooting ninth. A goalie's round at the Bud Light NHL Save Streak™ cannot end with a save - if the divisional captain's shot is saved, the goalie will continue to face shooters until a goal is scored. If the goalie makes a save on the divisional captain's shot, the order of shooters to follow is the same as the original order. The goalie with the longest consecutive save streak during his time in net is the winner of the Bud Light NHL Save Streak ™. If at the completion of the event there is a tie for the longest "save streak" the winning goalie will be determined by the total number of saves made in their round. If two or more goalies remain tied based on the total number of saves made then the tied goalies will compete in a sudden death round of "Goalie Goals."

Elite Women's 3-on-3 presented by adidas
Two teams -- American All-Stars and Canadian All-Stars -- each comprised of nine skaters and one goalie, will go head-to-head in the Elite Women's 3-on-3 presented by adidas. The 3-on-3 game will consist of two 10-minute periods, with a running clock. Teams will switch ends after the first period. All penalties will be "served" with a penalty shot being awarded to the player specifically fouled.

Meghan Agosta, CAN
Mélodie Daoust, CAN
Rebecca Johnston, CAN
Sarah Nurse, CAN
Marie-Philip Poulin, CAN
Natalie Spooner, CAN
Blayre Turnbull, CAN
Renata Fast, CAN
Laura Fortino, CAN
Ann-Renée Desbiens, CAN

Enterprise NHL Hardest Shot
A minimum of four players will compete in the Enterprise NHL Hardest Shot™. Each player will attempt two shots measured in miles per hour (mph), with the highest speed of their two shots recorded. For each attempt, a single puck is positioned on the ice 30 feet from the center of the goal. Starting no further than the nearest blue line, the shooter may skate towards the puck and shoot it from its positioned spot into the goal. Shots must be on goal to be calculated and all shots are recorded by radar in miles per hour. If a puck enters the goal uncalculated due to a malfunction of the radar equipment, the shooter will be allowed an additional attempt. If the player breaks his stick he will be given another attempt. The player who records the fastest speed is the winner of the Enterprise NHL Hardest Shot™. If there is a tie for the fastest speed, the tied players will shoot again to determine the winner.

All scoring denominations will be decided by the on-ice officials. If at the completion of the event there is a tie for the highest score, players will shoot three pucks each to determine a winner. If the players remain tied after the three pucks, a sudden death "score-off" will occur.