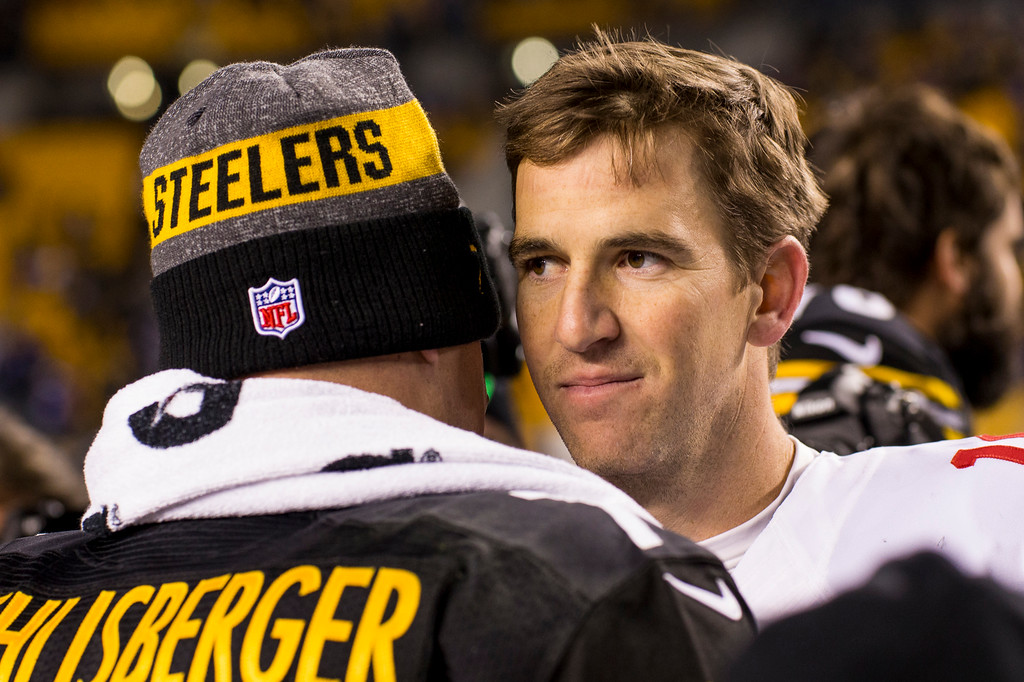 The first chip has fallen from the 2004 quarterback draft class.

Eli Manning announced his retirement Wednesday after 16 seasons, making him the first of the three star quarterbacks from that 2004 class to call it quits in the NFL.

Manning, 39, was the first-overall pick in that draft by the Chargers, who quickly traded him to the Giants in exchange for Phillip Rivers, the fourth selection, and additional picks.

The Steelers selected Ben Roethlisberger 11th in that draft.

None of the three made much of an impact on the 2019 season.

Manning started the first two games of the season for the Giants before being benched in favor of rookie Daniel Jones, the Giants' first-round draft pick. He appeared in two games later in the season when Jones was injured, finishing with a passer rating of 82.6 with six touchdown passes and five interceptions.

Rivers and Roethlisberger wish the season had gone so well for them.

Roethlisberger played just six quarters before leaving the field in Week 2 with an elbow injury that required season-ending surgery. The Steelers are hopeful the soon-to-be 38-year-old quarterback will make a full recovery for 2020.

Rivers, meanwhile, struggled through a tough 2019 season, throwing 20 interceptions, the third time in his career he's had 20 or more interceptions and second time in the past four seasons.

A free agent, Rivers recently moved his family from San Diego to Florida. There is a good chance he will play for someone other than the Chargers in 2020. He turned 38 in December.

All three rank among the top 10 in many of the NFL's career passing statistics.

Manning leaves the game seventh on the NFL's all-time passing yardage list with 57,023 yards. Rivers is sixth on that list and Roethlisberger eighth. He also ranks seventh in passing touchdowns with 366, three more than Roethlisberger, who is ninth on the list. Rivers ranks sixth in that statistic with 397.

Manning also won two Super Bowls with the Giants, defeating the Patriots on both occasions. He and Roethlisberger are among just 12 quarterbacks in league history to have won the Super Bowl twice.

Rivers has never made it to the Super Bowl.

But since leading the Giants to a Super Bowl win at the end of the 2011 season, Manning had posted a record of just 48-67 with 181 touchdown passes and 115 interceptions in 115 games.

For his career, Manning led the Giants to a record of 117-117, winning his final start in Week 15 this season to even his record.

Matt Schaub, a backup for the Falcons, was a third-round pick in that draft.