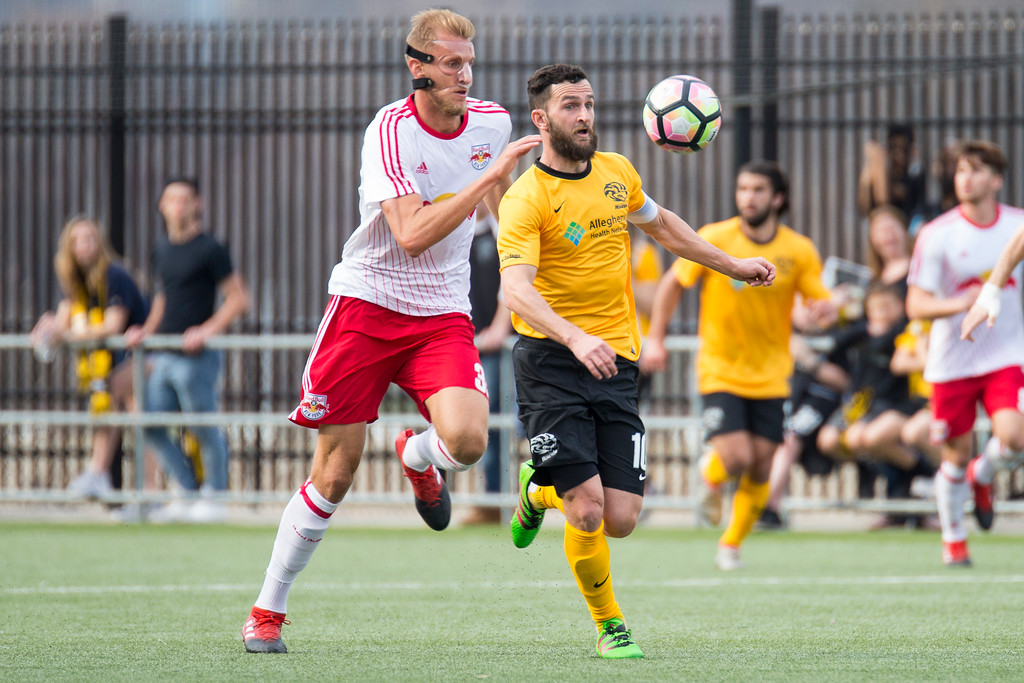 "Top man" is among Kevin Kerr's favorite terms, and it's all the more adorable when delivered in this thick Scottish accent.

The Riverhounds' own top man is hanging up his cleats.

Kerr, a creative midfielder who's been a fixture for the franchise's seven finest seasons, a team captain and the all-time leader in assists and minutes, announced his retirement from playing Thursday at Highmark Stadium. He'll join the Riverhounds Academy as a full-time instructor, effective immediately, as Director of Fundamentals and Position-Specific Training.

He's 31 and coming off a productive 2019 -- five goals in 32 matches, 28 of them starts, for USL's first-place Eastern Conference side -- but he'd been told by Bob Lilley, the coach and de facto GM, a week after the 2019 season he wasn't being offered a contract to return. That prompted some introspection.

"That's soccer. That's the business," Kerr told me today. "I feel like I could keep playing, but I respect the Hounds, I'm a Hounds fan, and what Bob's done here has been amazing. I wish everyone nothing but the best."

“Kevin’s professionalism and level of consistency have had a major impact on the first team for many years,” Lilley said in a team-issued statement. “It's important for the organization to continue to identify players for the first team and coaches for the Academy who can help grow our brand on the field as well as throughout the community. Kevin's had an outstanding career, and we’re thankful that he'll bring his abilities to the Academy coaching staff.”

Kerr's career, spanning 2013-19, saw him finish with 181 appearances, 29 goals and franchise leads with 14,712 minutes and 27 assists. He most enjoyed his time together with Robbie Vincent, particularly the 2015 season -- "My favorite season," he called it -- when those two routinely tore apart opponents, leading to Vincent getting signed by DC United of MLS. But the recent team successes and growth of the Hounds' general popularity also were highlights.

"I'm glad I was able to stick around long enough to see that, to see the crowds we were getting, the winning we were doing," Kerr said. "I've no doubt everything's on the right track. I'm glad I was able to play a small part in it. But I'm looking forward to the future. I'll be nice to have Saturdays and weekends free with my family, and I'm excited about the academy. Move on, I say."

The Hounds will be without three significant pieces from that 19-4-11 side in Kerr, top scorer Neco Brett and USL Defender of the Year Joe Greenspan, the latter two having signed elsewhere in USL. Lilley told me last week he's got some promising acquisitions in the works, but it remains to be seen how they'll rival the pedigree of those departed.