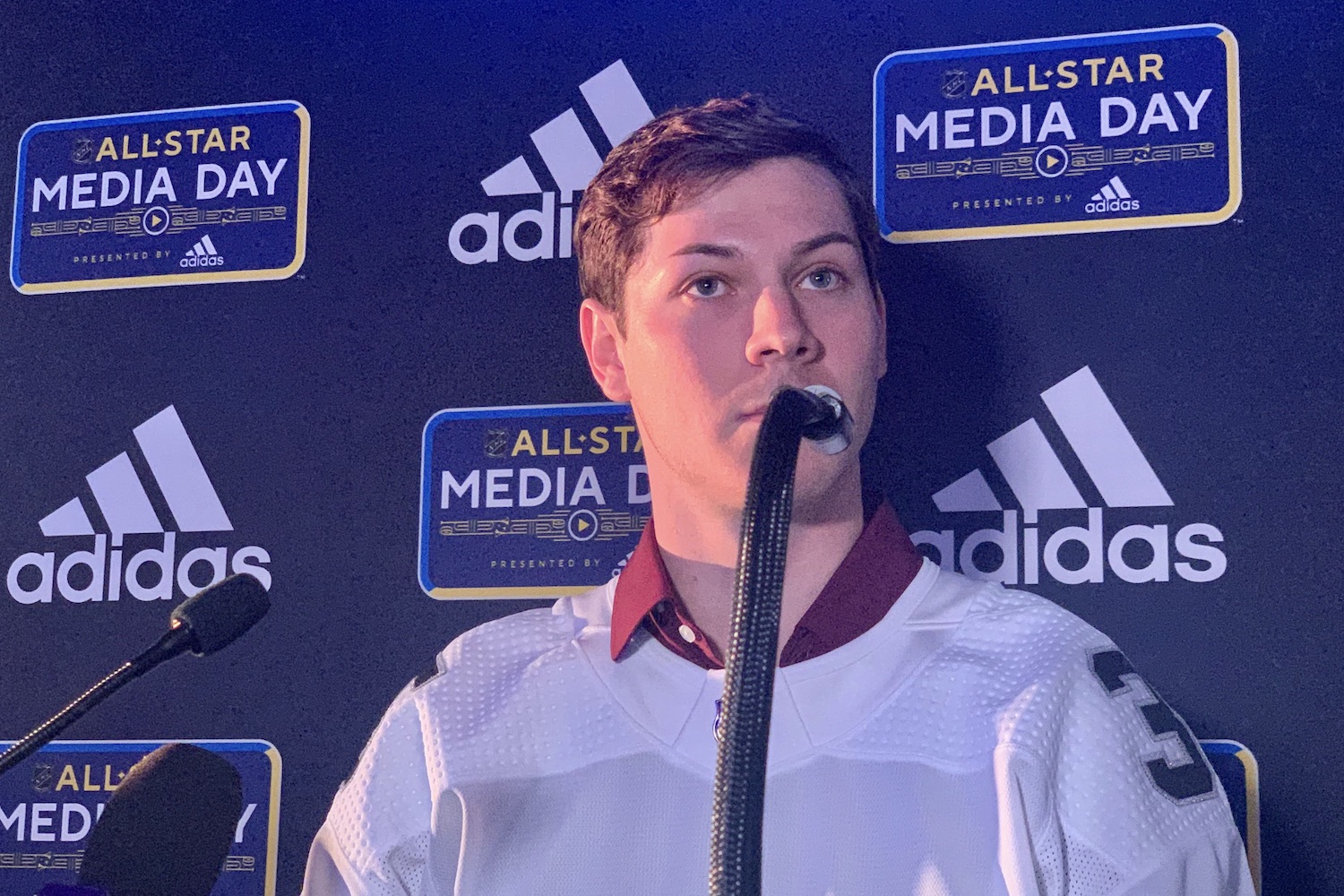 ST. LOUIS -- I don't think Tristan Jarry stopped smiling for a second during his availability at the 2020 NHL All-Star Game media day inside Enterprise Center Thursday.

"It's exciting," Jarry said of the feeling of being here. "It's never something that I really thought of at the beginning of the season. But I'm glad I'm here. It'll be an exciting weekend."

I asked Jarry what he's looking forward to about this weekend.

"I always like the breakaway challenge, I think that's always fun and entertaining," he said. "The target shooting, I always enjoy watching that."

I didn't have the heart to tell him that the NHL dropped the popular breakaway challenge from the skills competition events.

Goalies aren't usually too fond of the actual three-on-three games at these things. Nobody plays defense, goalies get lit up, with teams often scoring upward of 10 goals. Jarry's just looking forward to being part of the excitement, though.

"It's fun, it's fun to watch and it's fun to be a part of," he said, still with a smile. "There's a lot of action in it, a lot of back-and-forth. I think it's something that you have to enjoy."

Jarry added that it hasn't quite set in yet that he's an All-Star.

"When time comes to step on the ice, I think that'll be the biggest thing. Just having my parents here and sharing that with them and my whole family being able to watch, it's an unforgettable moment. It's something we'll cherish as a family forever."

Jarry was added to the All-Star roster after the Blue Jackets' Joonas Korpisalo had to drop out due to injury, but Jarry has performed well enough that he deserved to be on the roster from the start. At the All-Star break, he's tied for the league lead in save percentage at .929 -- the Coyotes' Darcy Kuemper is decimal points behind -- ranks second in goals-against average  at 2.16, and is tied for second in shutouts with three.

Goaltenders around the league are paying attention to the year Jarry is having.

"He's been having a great run," the Jets' Connor Hellebuyck said of Jarry. "It's good to see him come on the scene, to see him continue to do it will be awesome."

Jarry's rise happened quickly this season, but he said there were a lot of "uncertainties" in his first four professional seasons before getting to this point. He laughed that he went back the other day and counted all of the up-and-down transactions he's had in his career, and he counted 32 moves. He said that time in Wilkes-Barre played a big role in getting him to this point.

Jarry only saw two games of NHL action last season, a big drop from the 26 games he appeared in in 2017-18. Still, he said he was never really discouraged by the path. He said management did a good job at always letting him know where he was in his development, and he knew he had to "trust the process," and use his time in Wilkes-Barre to develop better practice habits and a better mindset. He said that throughout his career, developing the mental side of his game has been the most challenging aspect.

"Just being able to it every game and make sure you're prepared for every game," Jarry said. "It's a long season, there's lots of ups and downs. Just preparing for every game is a big thing."

One person that has been a big help in the mental side of things is Matt Murray.

"It's huge," Jarry said of their relationship. "Matt and I are good friends, we've been together since my first year in Wilkes-Barre. We're easy to get along with, and we go to dinner every night. It's nice to have someone that's familiar with the process who you can go to and talk about those things."

Jarry also spoke about another goaltender he shared the net with in Pittsburgh -- Marc-Andre Fleury.

When it comes to dealing with the All-Star Game, Jarry got some advice from some of his current teammates -- Sidney Crosby, Evgeni Malkin, Kris Letang -- who have been here before.

• The Capitals' coach, Todd Reirden, on if Alex Ovechkin will pass Wayne Gretzky's goal record: "He continues to grow and he continues to enjoy coming to the rink. So I don't see any reason that he's going to stop this quest to get as high as he can in the goal-scoring ranks. He enjoys coming to the rink. The last two years have been the happiest I've seen him day in and day out. It's no coincidence that his play has matched it, in terms of his consistency. ... He wants to get that goal-scoring number, but he wants to win again. He liked the taste of winning and how special it was for him to bring the Stanley Cup back to Russia as the first Russian-born captain. It's an amazing accomplishment, and something that he's driven by and wants to do again."

• The Stars' Tyler Seguin, on if seeing all of the young players at the All-Star Game makes him feel old: “A little bit. Then I look to my right and see (Eric) Staal there.”

• Seguin on the women's national team players participating in the skills competition events: "It's huge. It's just hockey, evolving and growing the game. I've got two little sisters who both played hockey their whole lives, I went and watched them many times. It's incredible the athletes that these women are. I look forward to seeing them play tomorrow."

• Rittich on the weirdest item he’s been asked to autograph so far: “You can probably figure it out. I don’t want to say it.”

• Hellebuyck on Fleury: "He's got such a unique playing style, he's so good at it. He's definitely a guy that I'd want on my team."

• Gritty made bail and he's learned to be gentle with children: