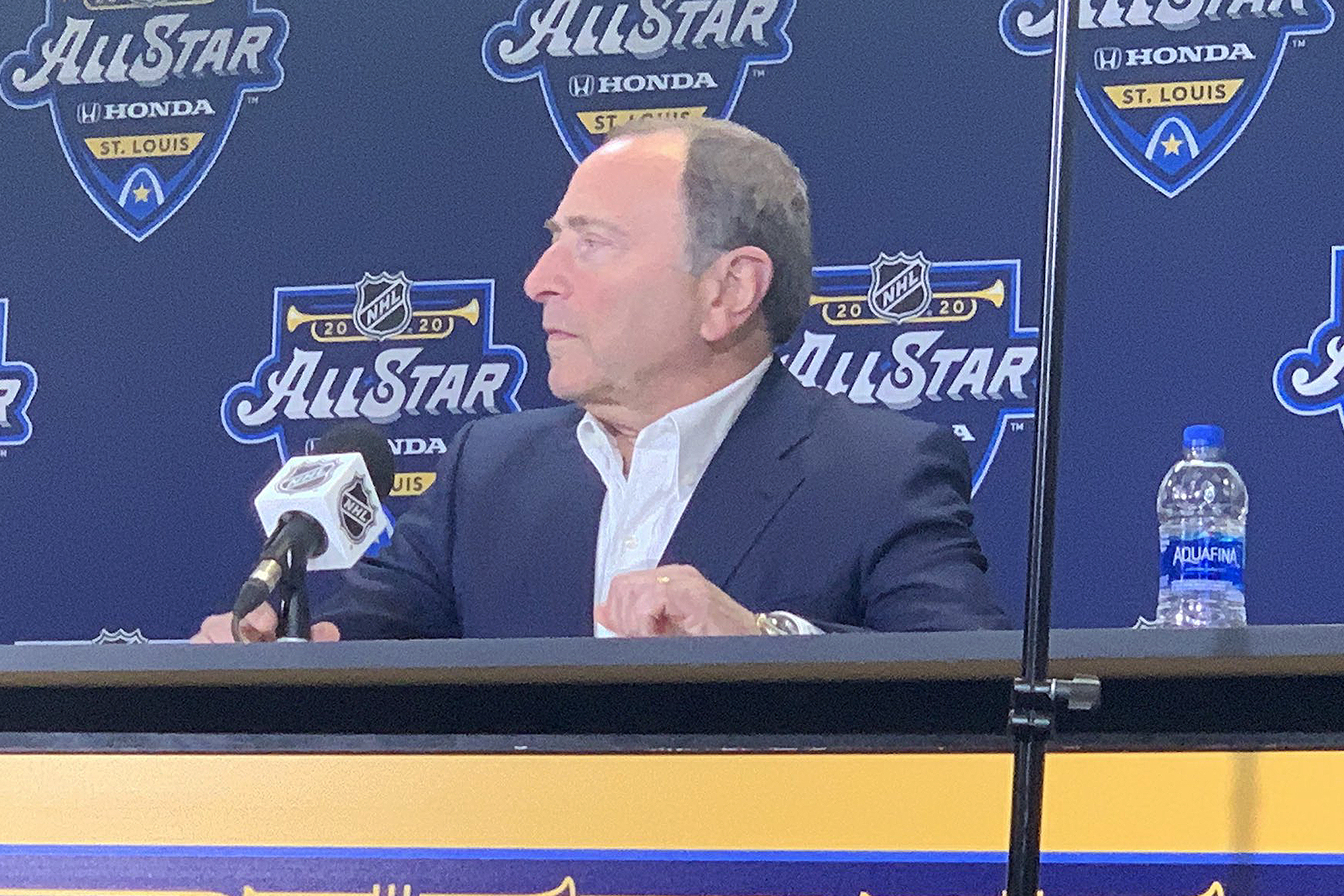 ST. LOUIS -- Gary Bettman spoke to reporters ahead of Friday's 2020 NHL All-Star Game skills competition about the state of the NHL. He addressed a number of topics, from the NHL's plan to deal with allegations of coaching abuse, to CBA talks and the Olympics.

Here are the takeaways:

• The NHL is making progress on the player and puck tracking technologies. They were again used in the All-Star Game, and the technology will be in all playoff arenas this postseason. All NHL arenas will have the technology by next season.

“There will be more data than ever before,” Bettman said. “I believe the players will generate something like 200 data points per second and the puck 2,000 data points a second."

• The NHL continues to develop an anonymous hotline for players to report coaching abuse or any other allegations of inappropriate conduct. Since announcing the plans for one in December, the NHL has received several anonymous complaints about various officials, but nothing substantial.

• With the league and players association both declining to reopen the CBA early, both sides have taken a break on CBA talks.

• A major point in those CBA talks is whether players will be allowed to participate in the 2022 Olympics in China. Bettman wouldn't commit either way, but added that he didn't want his lack of commitment to give "false hope" to either side. He reiterated that the Olympics are "extraordinarily disruptive" to the flow of the season.

• Bettman doesn't have an answer on where the Islanders will play next season (or this postseason, shall they make it), but he did say that Nassau Coliseum "is not a major-league facility."

• The average time of a game is down to 2 hours and 27 minutes, down three minutes from last season. Bettman credited the lack of "frivolous" challenges, a result of the new rule that penalizes teams that incorrectly challenge plays. Since the addition of the rule, coaches are making fewer challenges. The ones they are making are more accurate, at a 60 percent success rate.

• The Panthers will host the 2021 NHL All-Star Game. Bettman said there are talks with the NHLPA to give it an "international flavor."