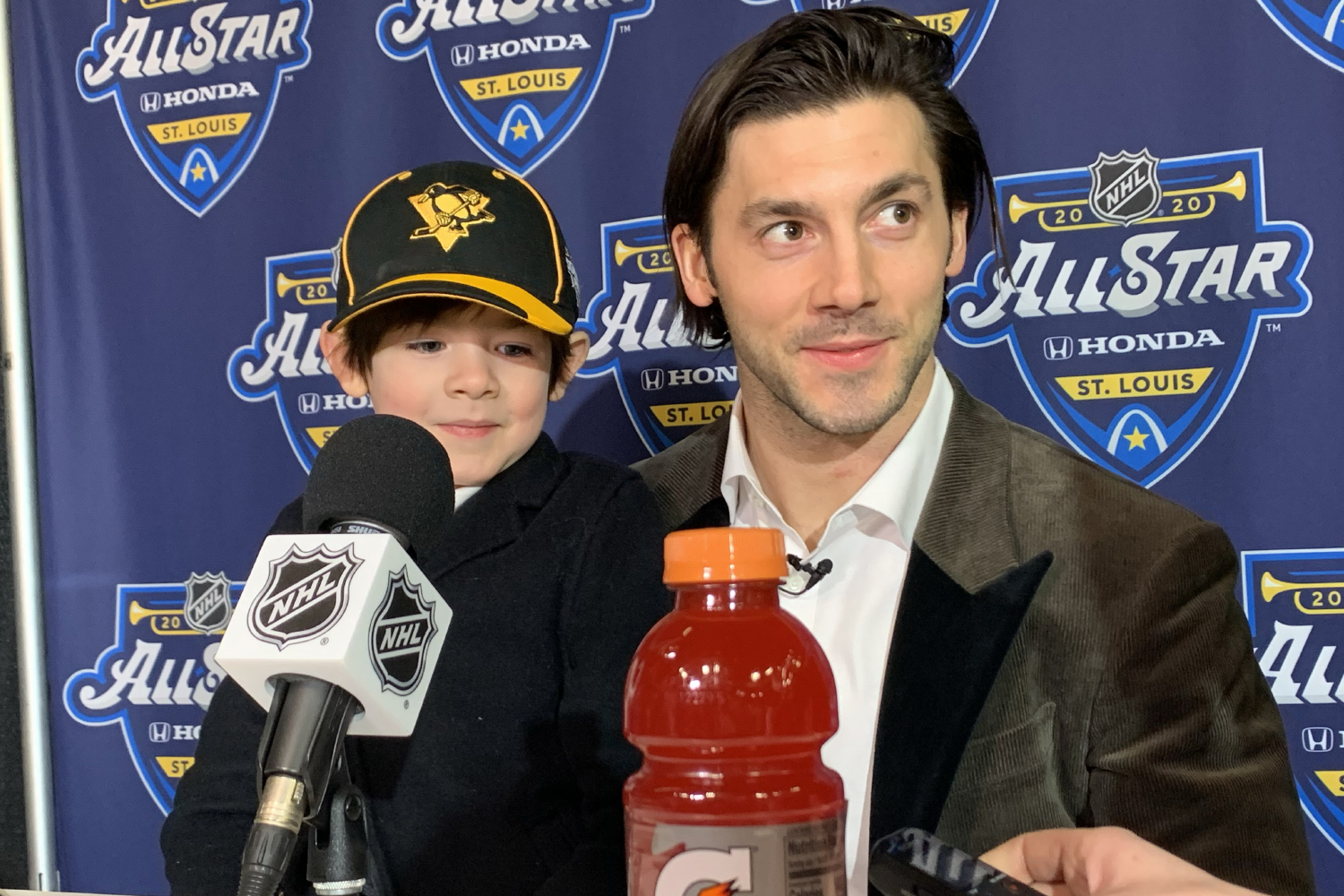 Letang sat down at his podium on Friday after walking the red carpet, and pulled Alex up onto his lap. Alex announced that he was "excited to see the hockey players, and my dad" at the All-Star weekend, then just took over:

"I'll take my dad's place," he said. "If my dad is still playing, I'm taking somebody else's place. If not I'm taking my dad's place. My dad will do the password and I'll just get in. He already did it, so I'd have the same password."

Alex was asked what number he would wear in the NHL.

"I would wear 58 if my dad's not playing," he said. "If Crosby stops playing I'll be the number of Crosby."

Alex then whispered to his dad in French that he was allowed to talk now, and Letang was asked what his feelings were being at the All-Star Game.

"It's great," Letang said. "Honestly, we came last year as a whole family. This year we made the trip me and Alex and it's already interesting."

Alex jumped back in.

Letang was then asked how cool it was to be a captain at the All-Star Game for the first time.

Alex then further explained why he decided to attend the game:

"I'm really excited to see the hockey players from Florida, Sharks, Nashville, and the Pittsburgh Penguins, because those are my favorite teams. Kings, that will make me happy. Those are the teams I really like. I love it so much that I wanted to see them for the All-Stars."

"I like how there's a lot of teams and the Pittsburgh Penguins," Alex continued.

Alex concluded the availability by giving a shoutout to those watching at home.