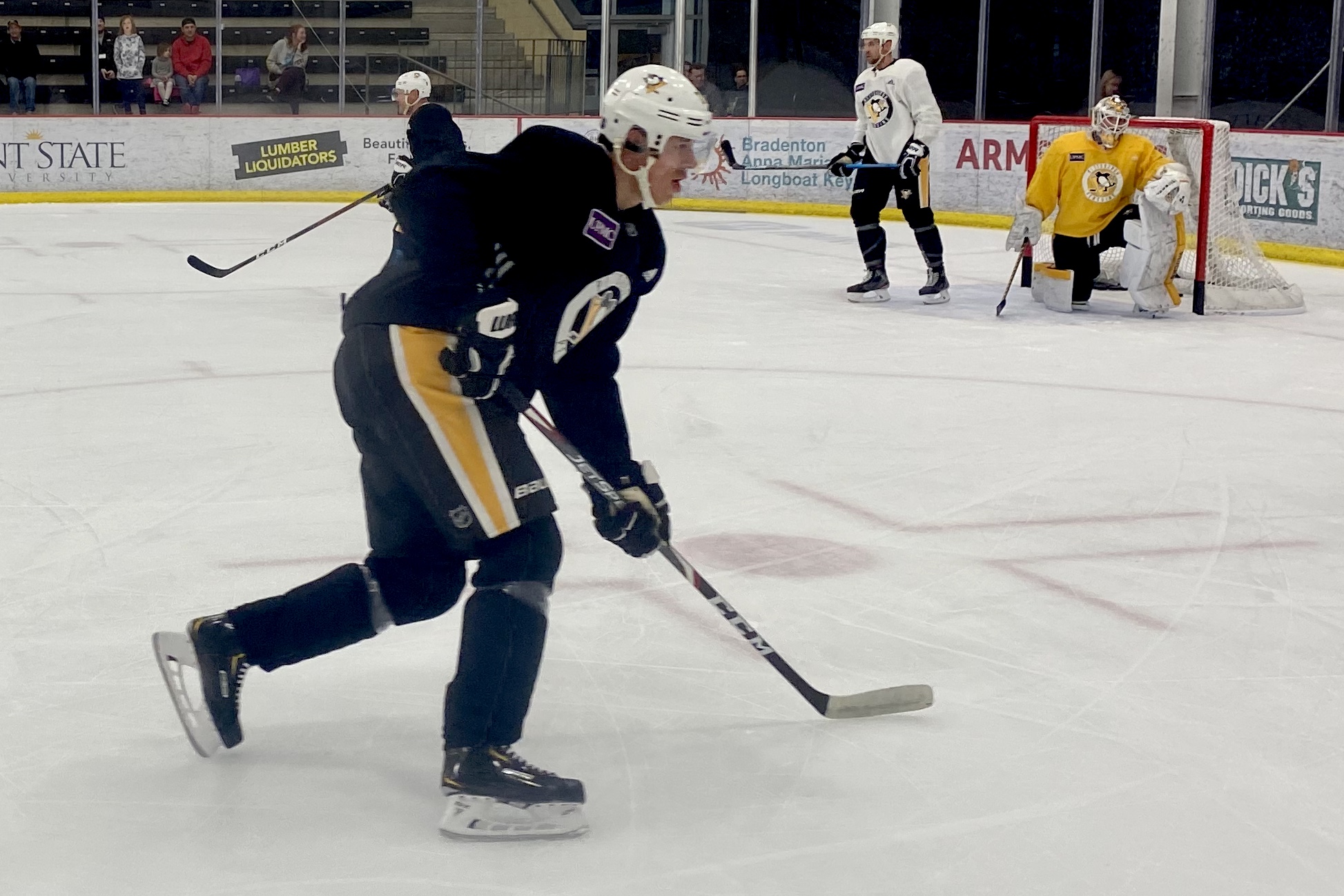 CRANBERRY, Pa. -- Fifty games into the season, the Penguins' man-games lost total could be mistaken for the population of Brooklyn.

Not that it has mattered much.

For despite all the adversity they've endured -- most notably playing for significant stretches at one time or another without pretty much every significant player on their roster -- the Penguins have cobbled together a 31-14-5 record that's good for second place in the Metropolitan Division and fourth in the overall standings.

Turns out that was the easy part, though, because they're about to enter the stretch drive of the regular season, which is shaping up as a 32-game knife fight for playoff berths and seedings.

It begins Friday at 7:08 p.m. at PPG Paints Arena with a game against Philadelphia, which just happened to spank the Penguins, 3-0, last Tuesday, in the final game before the all-star break.

"Obviously, you want to try to respond the right way when you have a game that we were all uncomfortable with," Mike Sullivan said Thursday. "I don't think any of us were satisfied. ... We can bring a much better effort."

They usually have this season. That game against the Flyers was one of the few times they verged on lifeless for 60 minutes.

The all-star break that followed segued into the Penguins' bye week, which is why they've been off since Feb. 21.

And while some teams resumed playing immediately after the all-star break, the Flyers will be coming off an identical stretch away from work, so the Penguins will not be at a disadvantage in that regard Friday.

"They're coming off the same thing, right?" Jared McCann said. "There are no excuses."

Well, none that they've cared to use this season, anyway. For even though the Penguins' injured list has been more crowded at times this season than it is now, it's hard to ignore that they still are far from full-strength.

Defenseman Justin Schultz is due back Friday -- he practiced Thursday with no apparent problem -- but the Penguins will enter the stretch drive without defenseman Brian Dumoulin (ankle surgery) and forwards Dominik Kahun (concussion) and Nick Bjugstad (core surgery).

The workout Thursday was the first time the Penguins had been together on the ice since that night at Wells Fargo Center, so chances are that at least the early moments of the game Friday will be a bit more sloppy than usual as players try to get their games back in synch.

It's worth noting that some of his teammates aren't concerned about ragged play around the start of the first game back.

"We don't think that's going to be an issue at all," Jack Johnson said.

Nor, several insisted, should there be any concern there be any real worries going eight days without a game or practice might disrupt the rhythm the Penguins were in for most of the past four months.

"I don't think so," Bryan Rust said. "(The break) just gives everybody a chance to rest up a little bit and get their bodies feeling good for this last stretch of the season."

If they perform during the next 32 games the way they did in most of the previous 50, the Penguins have a legitimate chance to overtake Washington for first place in the Metro. Conversely, if they sputter and stumble, they might find themselves with a lot of free time in mid-April.

"Obviously, you want to put yourself in position to make a long playoff run," Brandon Tanev said.

The primary key to that will be sticking to the disciplined, structured style that has worked so well for them in 2019-20 -- "We were doing really well," McCann said. "We were on fire there." -- but there also are areas in which they must be more efficient.

The most obvious of those is the power play, which features some of the NHL's most dynamic talents but has a middle-of-the-pack success rate of 19.6 percent.

"There are things we can improve on, but just continuing to play a team game is the biggest thing we want to do," Tanev said. "That's why we've had a lot of success in the first half of the season. If we continue to do that, we'll put ourselves in a great position."

And, as their longest break of the regular season ended, the Penguins seemed genuinely enthused about the challenges before them.

"Guys are excited," Johnson said. "We have 30 (sic) games left. It seems like a lot, but it's going to go fast. We've put ourselves in a good position, but there's still a lot of work left to do.

How many points those intangibles will translate to is impossible to predict, of course, but as January melts into February, not even the most lofty of goals appears to be beyond their reach.

"It will show over time what the ceiling is," Dominik Simon said. "It's hard to tell now. But we have an unbelievable group. The ceiling is as high as we put it, I think."