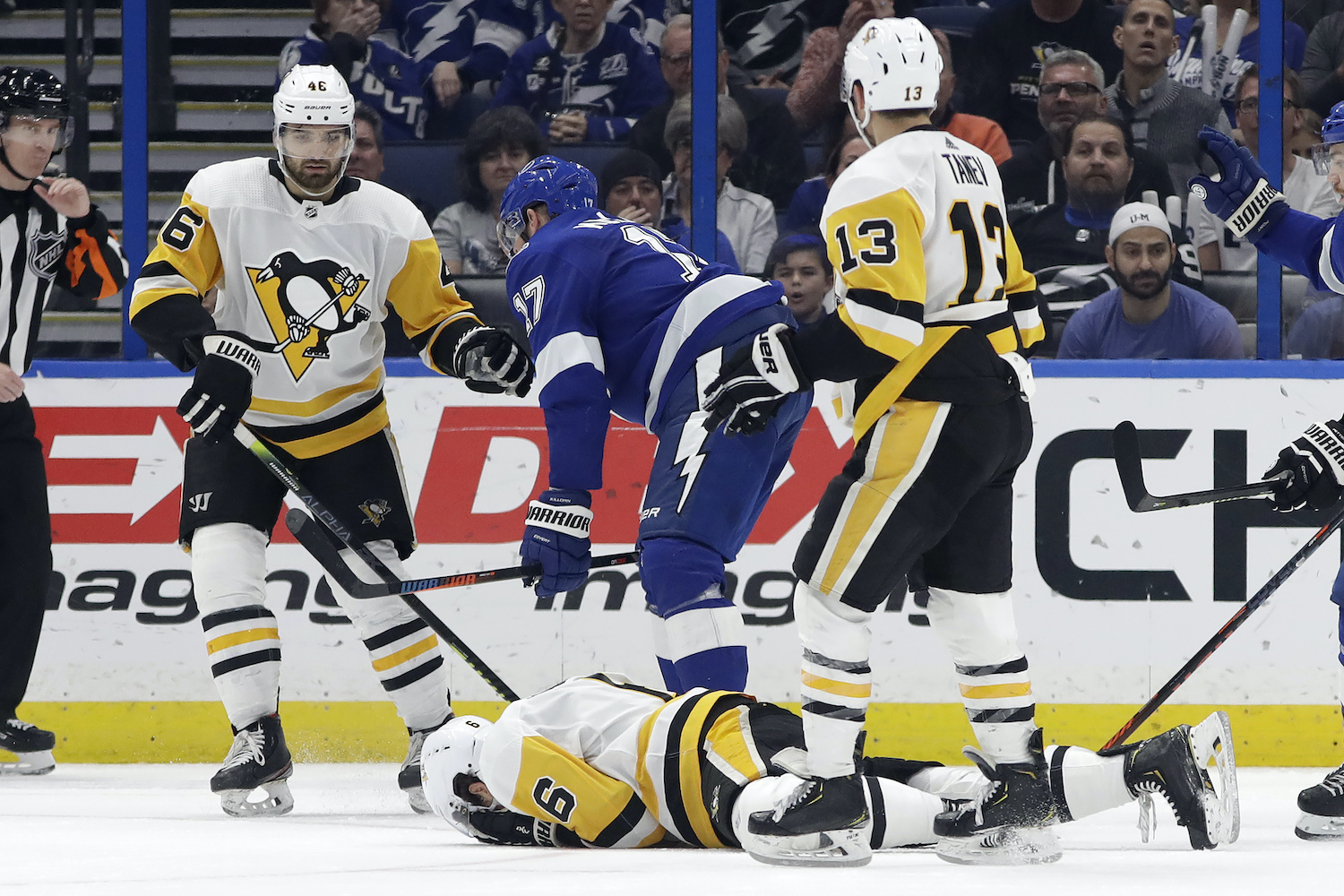 [theme-my-login show_title=0]
John Marino collapses to the ice after being struck in the face by a shot Thursday in Tampa, Fla. - AP
Share
Tweet
Email

SUNRISE, Fla. -- The outlook for John Marino's recovery took a turn for the worse overnight.

A source told DK Pittsburgh Sports Friday afternoon that Marino's left cheekbone is broken in three places and will require surgery. There was no further information available, including from the team. The Penguins had no comment on his status other than Mike Sullivan telling reporters earlier in the day after practice at BB&T Center, "He's being further evaluated for precautionary reasons."

Thursday night in Tampa, Marino was struck in the face by a Steven Stamkos shot that changed directions off Zach Aston-Reese in the 4-2 loss to the Lightning:

After the game, the prognosis was guarded but decidedly upbeat. Sullivan said, "We think he's going to be OK," and a source later confirmed to our site that Marino hadn't been seriously hurt. Even Friday morning before practice, another source told our site that Marino's swelling on the left side of the face hadn't been as severe as other players who'd been similarly struck.

In a season marred by major injury after major injury, Marino's emergence has been maybe the most pleasant unexpected positive, rising up straight from Harvard University to the NHL through a stirring training camp and seamless transition thereafter. Marino, 22, ranks eighth among all NHL rookies, fourth among rookie defensemen with 25 points on five goals and 20 assists, complemented by a plus-14 rating.

Marino didn't practice Friday, of course, so the defense pairings shown in drills likely will be what's deployed Saturday, 7:08 p.m., against the Panthers:

A callup from Wilkes-Barre/Scranton of the AHL also is likely for support.