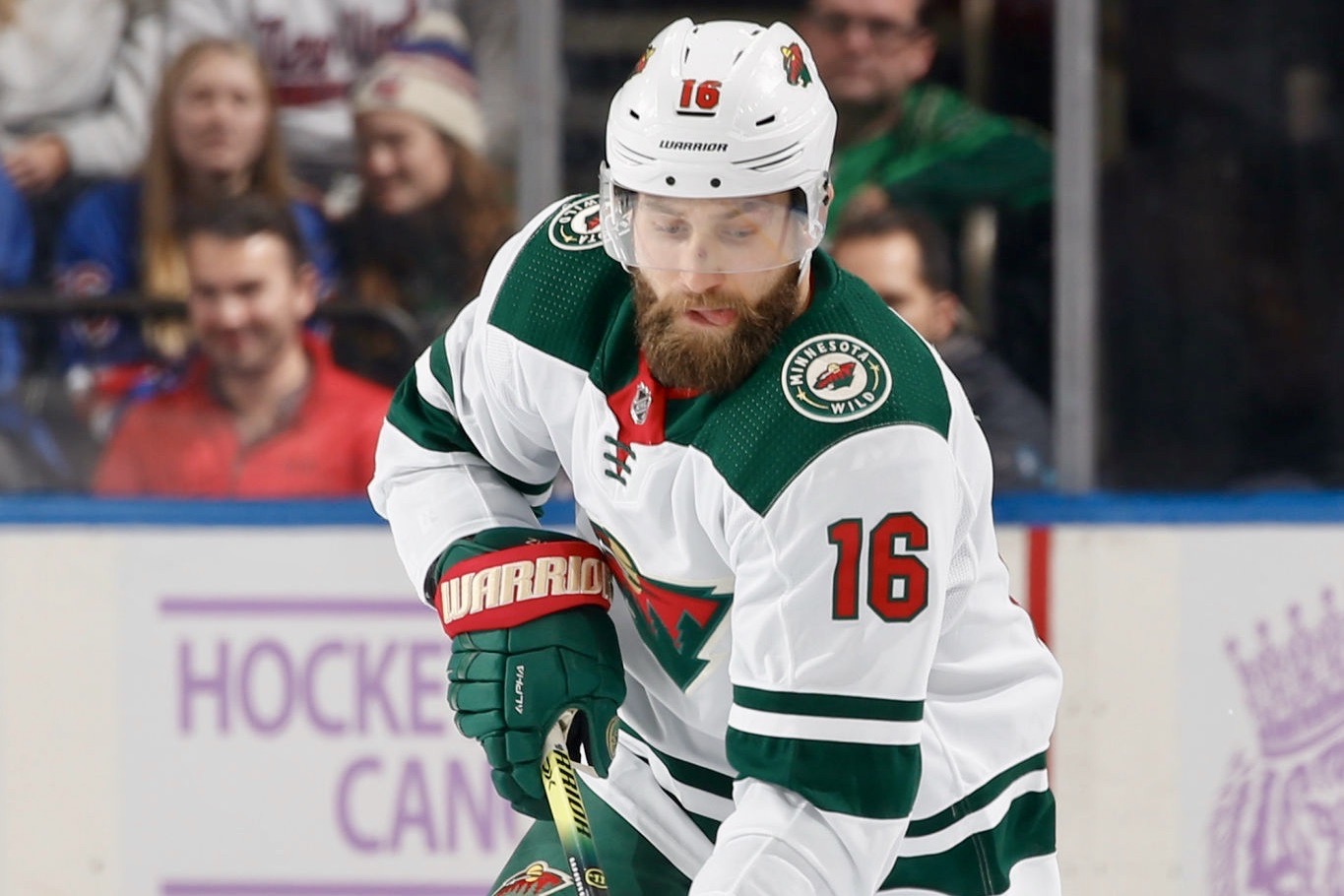 The Penguins on Monday evening acquired winger Jason Zucker from the Wild in exchange for Alex Galchenyuk, Calen Addison, and a conditional first-round draft pick.

In Dave Molinari's chat with Jim Rutherford after the deal, Rutherford said "We like his speed, his two-way play, his shot. We like his all-around play.”

Zucker is fast and an energetic skater. You can see that, along with the quick release on his shot that he takes mid-stride, in this goal from last month:

Not easy for a goaltender to prepare for that.

One of the biggest differences between Zucker and Galchenyuk is in their two-way game (or lack thereof, in Galchenyuk's case).

Micah Blake McCurdy of HockeyViz.com creates isolated impact charts that aim to show the individual contributions of a player separate from the effects of their teammates, the level of their competition, and deployment. In the offense side of these charts, the red areas are where player causes shots to be taken at a larger rate than league average, blue areas less. So, more red is good, blue is bad. The defense charts show the impact a player has on their team's shot suppression. Red means more shots while blue means fewer, so for defense, you want to be seeing more blue than red.

Looking at Zucker's chart, he as an individual has a positive impact (plus-six percent) on his team's offense, and a negative impact on opponent's offenses (minus-nine percent) showing good defense, especially in front of the net.. 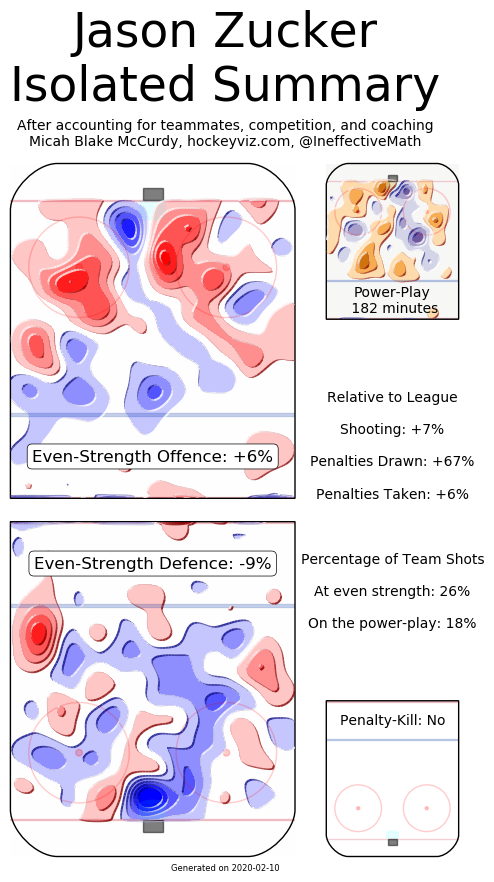 Compare that to Galchenyuk. Galchenyuk has a negative individual impact on offensive production when he's on the ice, while being a liability defensively, especially when it comes to allowing opponents to take high-danger shots in front of the net. 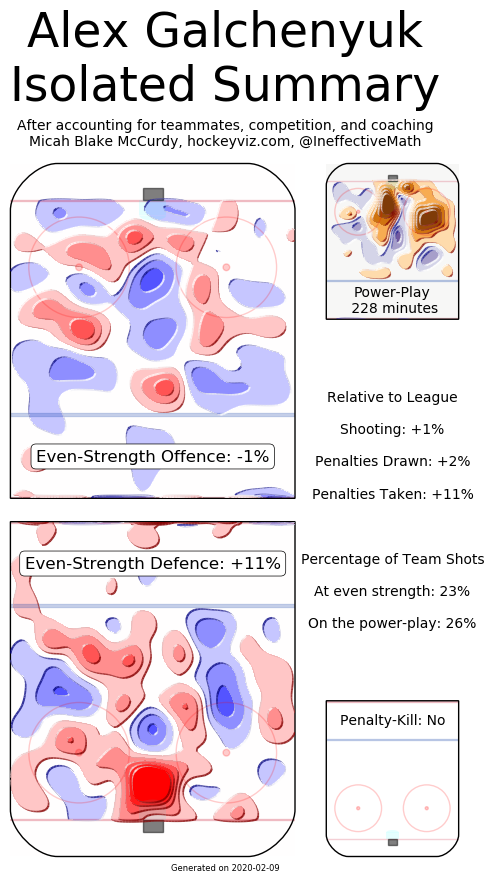 Of course, the biggest thing Zucker will bring to this team, is some much-needed scoring from the wing. He actually has good hands. It wasn't that long ago, 2017-18, when Zucker scored 33 goals and 31 assists in 82 games. With the Wild as a whole struggling last year, that production fell to 21 goals and 21 assists in 81 games.

In Zucker's 45 games this season he is trending back upward with 14 goals and 15 assists, seven goals and 11 assists of which came at five-on-five. 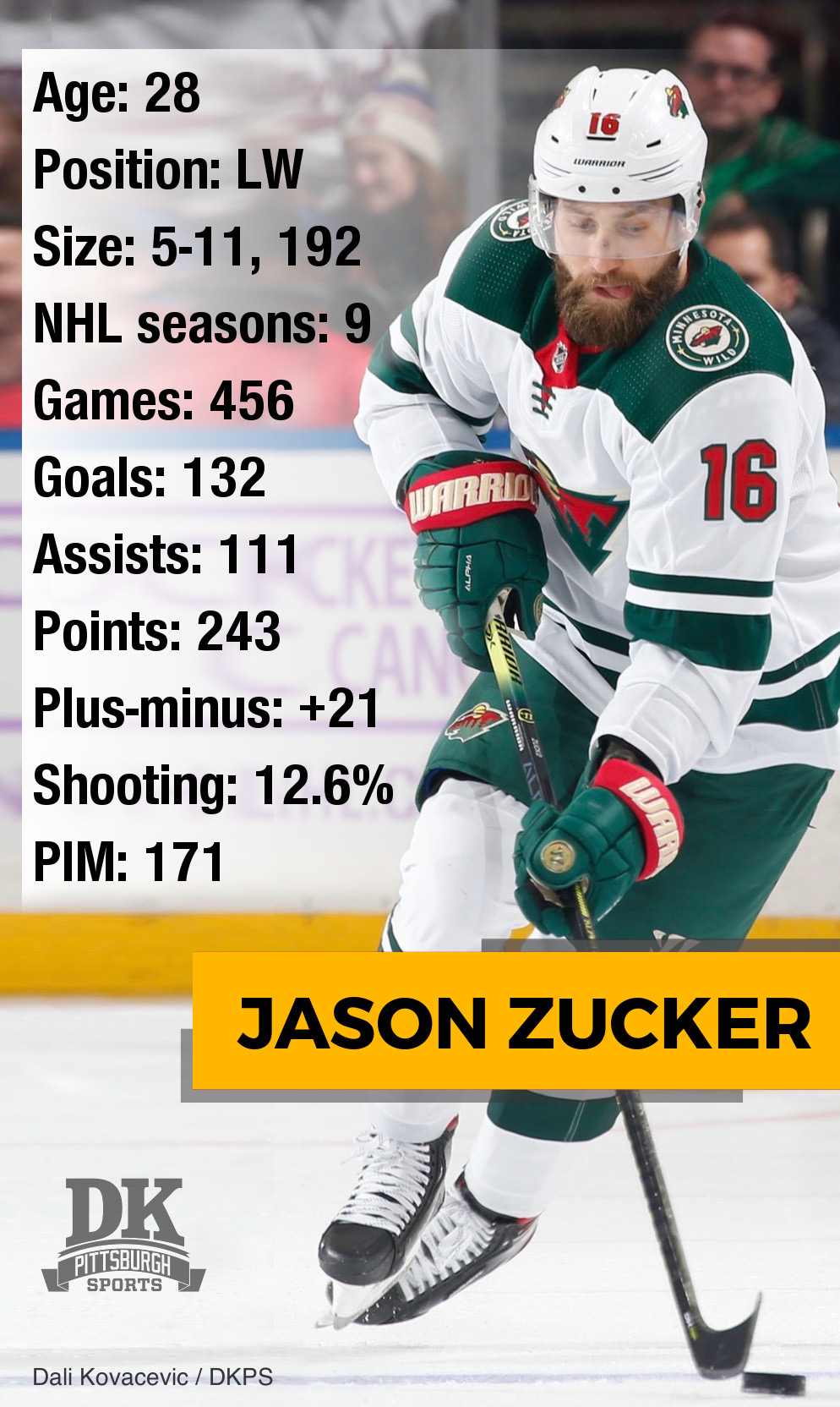 Zucker has had some great plays this season. In this goal in December, Zucker starts off the play by passing the puck back to linemate Mats Zuccarello. Zuccarello sends the puck back to Zucker, who makes some one-touch passes with Eric Staal before finishing the play:

This goal from December is a pretty good example of Zucker's strengths. He forces a turnover in his own zone, uses his speed to get himself a breakaway, then finishes with a beautiful move:

It's not hard to see why Rutherford said the Penguins have been looking at Zucker for "probably two or three years." Now, they've finally got their guy.

Share
Tweet
Email
Should NHL try to cut down on shootouts?
Live Qs at 5: Taylor’s answers on hockey