For 10 years, Keisel has hosted "Shear Da Beard," an annual event to benefit the Children's Hospital of Pittsburgh. At the showcase, Keisel, well ... shears his beard. If you need a reminder: 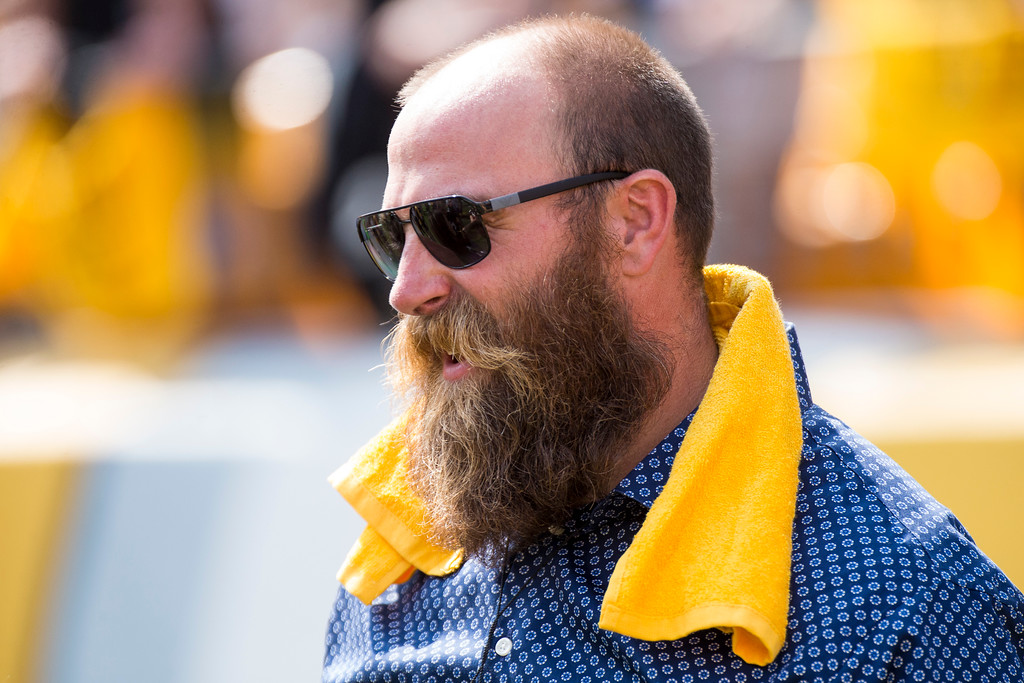 Yeah, it's a pretty amazing beard.

The event is always a winner, too, drawing players, coaches and local celebrities out for a night of fun and charity. This year featured Ben Roethlisberger, James Harrison, Cam Heyward, Ryan Shazier, Mike Tomlin, Donnie Iris and plenty others getting in on the clipping action, but 4-year-old cancer patient Nora Misencik stole the show onstage. Per our partners at WPXI, Keisel began visiting Misencik in the hospital when she was just six months old.

"This beard and the tough persona you have with being a football player and all those things are all a part of it. But tonight the reason we do Shear Da Beard is for kids like her who are born with something that is out of their control and the fight they have to go through,” Keisel said.

The showcase, which has raised over $730,000 in all, is coming to end now, though, as Keisel announced a decade of beard shearing was enough and he planned to instead focus his future charitable efforts elsewhere.

It's certainly been a good run for an even better cause:

Congratulations Brett Keisel on 10 years of Shear Da Beard. Raising close to one million dollars for Children's hospital. Awesome work. Honored to be a part of all 10😁😁 pic.twitter.com/FQh3oG7s8j

If you’ve ever taken your son to a bar for a great concert where his dad shaves his buddy on stage for charity raise your hand 🙋‍♀️ loved seeing our friend @brettkissel preform an unreal show TY @brett_keisel_ for always being a champion for kids ❤️❤️❤️ #sheardabeardx pic.twitter.com/K3KmPkuTU3

And here's the result of all that shearin':