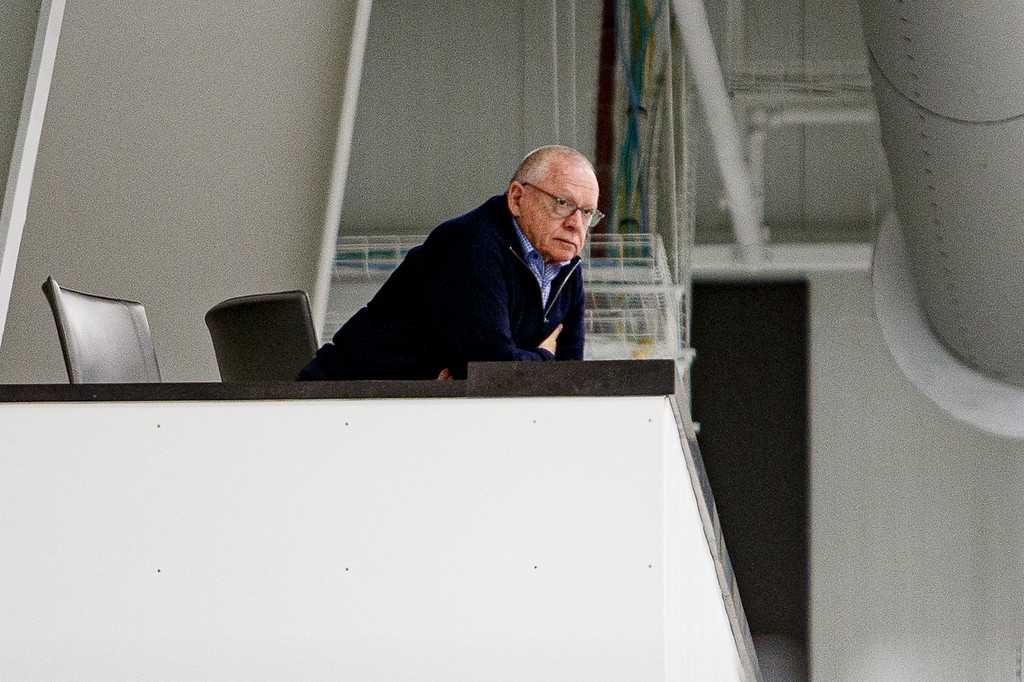 The NHL's trade deadline is on Monday, Feb. 24.

After the Penguins acquired forward Jason Zucker in a trade earlier this week, Jim Rutherford was asked by Dave Molinari if he anticipates making any more moves before the deadline.

“The nice thing is, we’ve got 10 days to two weeks to see where we go from here,” Rutherford said. “And then we’ll decide.”

If the Penguins are to make any more deals before Feb. 24, they have more than enough salary cap space with which to work. Let's break it down.

If a team is operating under that $438,172 daily figure, they essentially bank that unused cap space and can use it later in the season.

The Penguins have used long-term injured reserve earlier in the season, a period which provided them $312,546 in combined temporary relief.

If the roster stays the way it is until the end of the season, the Penguins are projected to finish the year with a total combined salary of $80,886,923. Since $312,546 of that came from temporary cap relief from long-term injured reserve, we can subtract that from that salary figure, and end up with a projected total combined cap hit of $80,574,377.

With the salary cap upper limit being $81.5 million, the Penguins' current projected season-ending cap hit would have them $925,623 under the salary cap. That's the sum of their projected banked, unused space from throughout the year.

That doesn't mean that they're limited to taking on only $925,623 worth of additional salary at the deadline, though.

Like we said earlier, the final salary cap number is a result of total combined daily cap hits from throughout the season. If they acquire a new player, that player has already been paid a portion of his salary up until the point they acquire him. The only portion that would count toward the Penguins' season-ending salary cap is the portion they actually pay while that player is a member of the Penguins.

We said earlier that the Penguins are projected to finish the season with $925,623 in cap space. If they take on new contracts on the day of the trade deadline, 21.5 percent of that player's contract cannot exceed $925,623, given the projected season-ending cap hit.

If players start to return from injury in that time, allowing the Penguins to re-assign players back to Wilkes-Barre/Scranton and therefore decreasing their daily operating budget, that number would slightly increase.

Obviously, the player's full cap hit would count toward the Penguins' salary cap if he is signed beyond this season. This is why a rental player, a pending unrestricted free agent, is ideal in these cases.

To sum things up: The Penguins have had a lot of long-term injuries this season, but avoided having to use long-term injured reserve for much of the season. This has allowed them to bank unused daily cap space throughout the season, which will now allow them to take on an additional $4.3 million in cap space on trade deadline day.

Share
Tweet
Email
Colbert on Roethlisberger: ‘All signs are good’
Aston-Reese’s goal: Score a few more of them