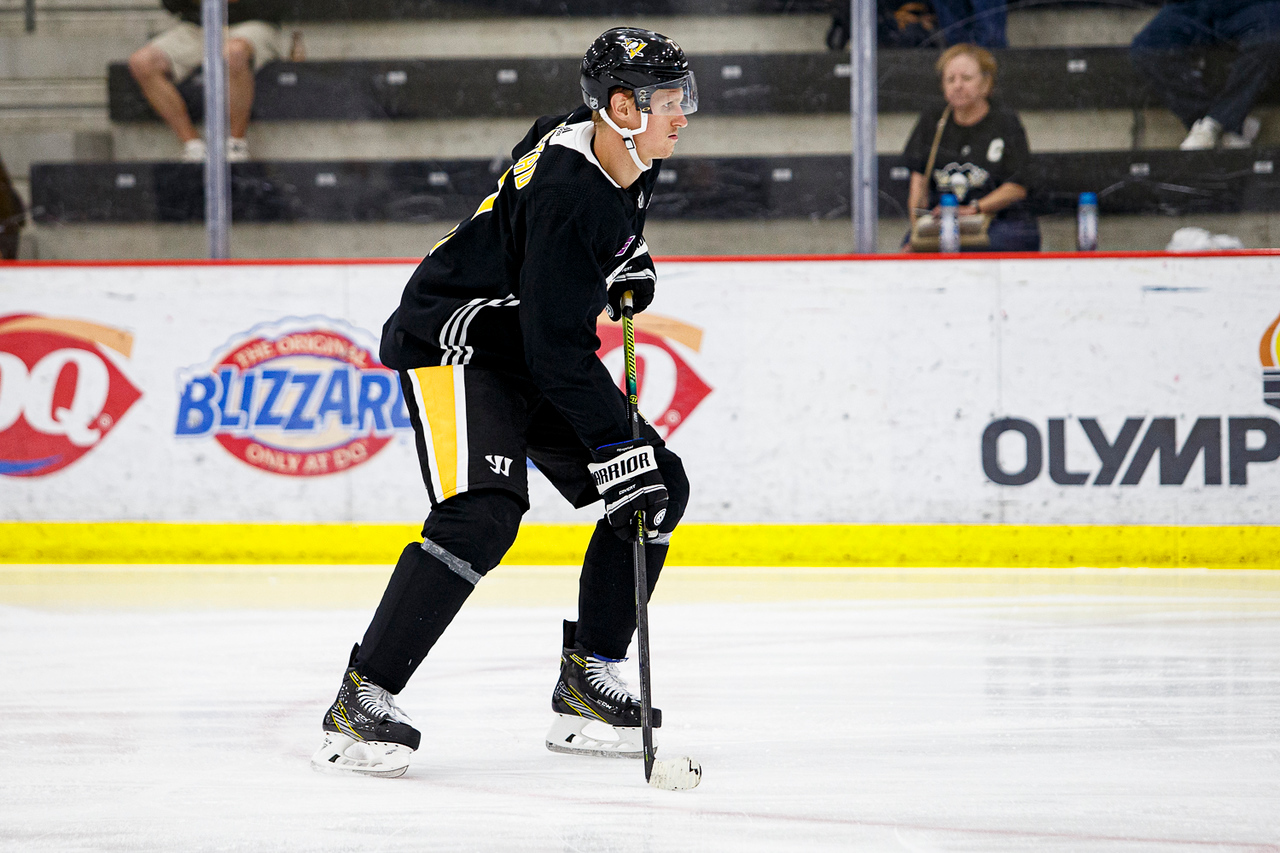 CRANBERRY, Pa. -- No, Nick Bjugstad has not gone the way of Lonnie Chisenhall.

Bjugstad resumed skating on his own for the first time in nearly a month on Saturday before Penguins practice at the Lemieux Complex. Bjugstad, who has been out of the lineup since Nov. 15 after core muscle surgery, had previously resumed skating a few weeks into his rehab process, then stopped a few weeks ago and just focused on off-ice rehab.

"It's real encouraging," Mike Sullivan said of Bjugstad. "We'll see where it goes, but that certainly indicates significant progress."

Bjugstad's rehab process has been happening slowly, and he still has several steps to take between skating on his own and returning to actual game action. In the meantime, the coaching staff is already thinking about where he will fit in when he is healthy.

"We've talked about all the options," Sullivan said. "We can use him in a center ice capacity, he could be our third-line center. We could use him on the wing, in which case we could use him anywhere. So all options are on the table."

Domink Kahun also skated with the team for the second practice in a row as he rehabs from a concussion, still in a gray non-contact jersey. Sullivan said he's still making progress, and the plan is to see how he responds to today's practice before making any decisions on a timeframe for his next step, which would be practice with contact.

Today was a good sign, though. Kahun said there still isn't a timeframe for his return, but that he hopes it's "really soon."

"I feel way better," Kahun said of today's practice. "I just hope that I'll be back as soon as possible."

It was a short practice, only about 25 minutes of organized drills. There were no line rushes, and Kahun didn't participate in special teams drills, but he looked to be going full speed during the earlier drills and stayed on the ice after practice formally ended for additional work.

"I'm going 100 percent for sure," Kahun said. "We're going to figure out when I can go with contact, then I'll be ready to play. I'm really positive about it."

The Penguins didn't have a morning skate on Friday, but Kahun said he skated on his own then, and that he plans to skate on his own on Sunday before the Penguins' afternoon game. During home games, he's at the arena working out in the gym. For away games, though, he watches the team play from home. And he likes what he sees.

"They're playing great, they play hard," he said. "It's the way we always play."

Kahun has now missed seven consecutive games. In that time, the Penguins have gone 4-2-1, have moved within three points of the Capitals for first place in the Metropolitan Division, and have added a pretty major piece in Jason Zucker. Being able to return to a team playing this way just has Kahun all the more excited to get back on the ice.

"Oh, for sure," he said. "We've been playing great almost all year, it's always fun to play like that and I'm very excited to be back."

• Brian Dumoulin did not skate, but was in the building working on off-ice things.

• All other players were present for practice. There were no line rushes.

One of the younger boys was overwhelmed by the whole experience and was crying, so Patric Hornqvist sat in his stall with the boy on his lap and spoke quietly to him to help the boy calm down.