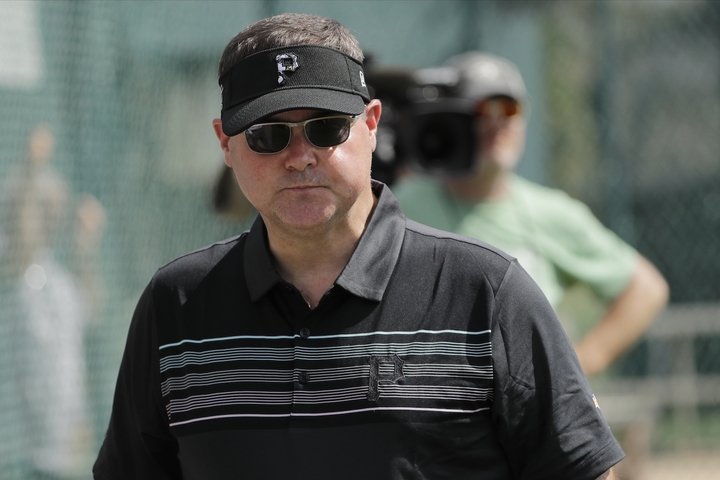 BRADENTON, Fla. -- There is a renewed sense of vitality in Bradenton, both among the Pirates players and the fans in attendance. That is due to in large part to Bob Nutting's new leadership core of president Travis Williams, general manager Ben Cherington and manager Derek Shelton.

Williams has been in Bradenton for the workouts, and he sat with me a 15-minute one-on-one Wednesday to talk about spring training, the new regime, his role and the future of the ball club.

Here is a full transcription of our conversation:

Alex Stumpf: Are you enjoying spring training so far?

Travis Williams: I am. This is my first spring training. I never came down here as a fan because, with hockey season, it didn't really line up with the end-of-the-season run. We were pretty focused on other things. But this has been an awesome experience to come here. The first day I walked out of the clubhouse and out on the fields and you can hear the mitts popping, I get chills. It's pretty cool and pretty special.

AJS: Especially after an eventful winter, I think we can call it.

Williams: A couple things were going on, yeah.

AJS: How do you feel about the structure after that winter?

Williams: I feel really, really good and excited about the direction we're headed, and it's in large part because of the team that's been assembled.

Obviously, Ben is terrific. He brings to the table not only championship experience, but I think he excels in the areas in which it's going to be important for us to be successful. As we've talked about, cracking the code and figuring out ways to win in markets like Pittsburgh. Where we're identifying, acquiring, developing and deploying talent. As the leader of the baseball operations side, I think, number one, that's absolutely fantastic that we're able to bring somebody into the organization like that.

And then to be able to get someone like Derek, who brings a whole different dynamic in terms of clubhouse culture and developing that aspect of that side of baseball operations. I think that all is solid. I had the opportunity to go to dinner with the coaching staff. Bob hosted a dinner for myself, our GM, our [assistant] GMs, our major-league coaching staff. We all went around and talked about our families and things like that to get to know one another better, but we also talked a lot about what drives us, what motivated us to come around the table and be here. What struck me was these guys were all interacting with one another like they've been together for 10 years, which is a pretty neat dynamic when you're talking about a combination of guys who've been here prior, and a group that has come here and been added to it. Sometimes you can have a feeling where some feel left out, one versus the other. So the way they've come together and the camaraderie and the respect and relationships that they've developed, I'm really pleased and impressed with how that's developed.

I think that'll be a solid foundation, and probably more importantly than that is how that's translated into how the players' experience has been in spring training. A lot of my focus when I came was, number one, how did that all come together, and number two, at the end of the day, how that translated into the player experience and their expectations and their perspective on things. I had the opportunity to get to know a lot of the guys in and around spring training, and had several conversations, and they all were really enthused and excited about the direction. And I think that starts with Derek in terms of what he's done, but I think it's a credit to all the other parts of the staff around him.