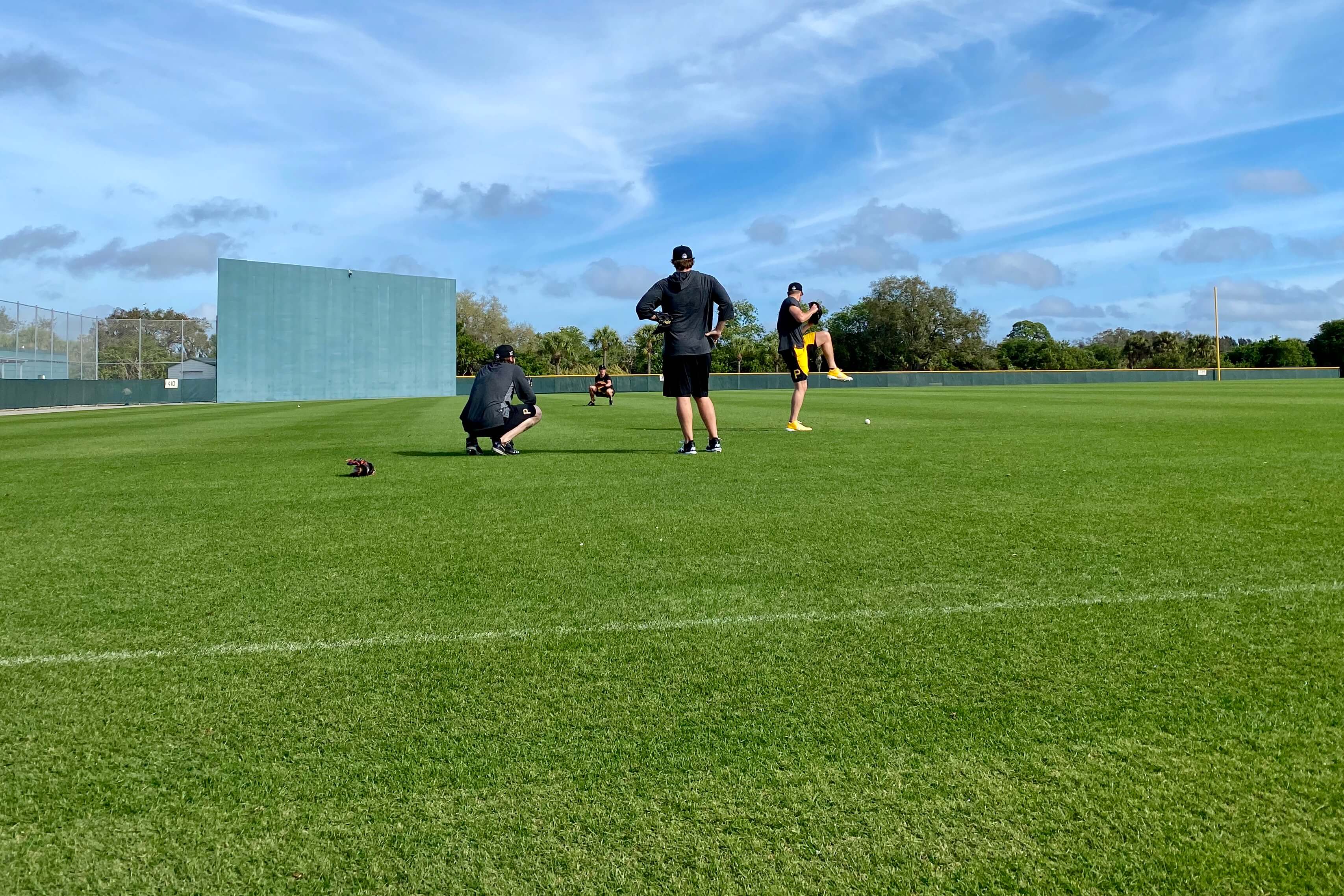 BRADENTON, Fla. -- The Pirates' camp officially came to an end Friday, but that is mostly a ceremonial event. There is still a full batch of spring games to go, and all that means for most of the players is they are moving 3.5 miles to start their day at LECOM Park rather than Pirate City.

That was not the case for Edgar Santana and Chad Kuhl at this time last year, both left behind at Pirate City so they could continue their rehabilitations from Tommy John surgery.

"Feels like baseball as usual," Kuhl was telling me about this year's camp and how his arm feels. "Less people asking how your arm is a good thing. It's just nice to slowly but surely get back to normal. Be with the guys, be with the groups again. Put it behind you."

Santana and Kuhl both sustained their injuries midseason in 2018 and had their surgeries just two weeks apart. Kuhl's was in late September, Santana's was in early October. With that timetable, a 2019 return was basically out of the question, so this baseball season was going to be filled with rehab.

So the two became throwing partners.

Santana and Kuhl didn't really know each other that well at the time. Sure, they were teammates, but their paths barely crossed in their rise to the majors, and starters tend to hang out with other starters and relievers tend to spend most of their time with other relievers.

But the two were paired together. After all, they were both going to be in Bradenton until October for their grueling return back to the majors.

So the two got to throwing. From 60 feet, then eventually to 90, then 105 and, finally, 120. While the demands of the rehab changed, there was a routine: Get to the facility early, throw and then work out. It was a grind.

During those sessions and the months between, the two pitchers got to know each other better.

"We did a lot of things together. I learned a lot of stuff about him," Santana was telling me.

They hung out. They went fishing. They talked a lot.

"It was a long year, but you gain so much respect working with someone who is going through it every day," Kuhl said.

"Now, he's one of my best friends," Santana.

In that time, Santana and his wife, Maria, had a son, Erick, and Kuhl was planning his wedding. When asked if Santana was a candidate to be a groomsman, Kuhl chuckled and said, "He was a candidate for sure."

Now the two friends are healthy, and after a quiet offseason in terms of pitcher acquisitions, represent two of the best options to upgrade the staff.

"He's going to be a good pitcher," Kuhl said of Santana.

Kuhl's immediate future is still a question at this moment. A starting pitcher his whole life, he has not officially been given word whether or not he will get a look as a starter this spring, or if he will go to the bullpen to not put as much stress on his reconstructed elbow.

"We're talking about health right now," Derek Shelton said about which role Kuhl will be in.

Kuhl expressed understanding that the team is just looking out for him.

"I think I've put together a pretty decent body of work that shows I can be a major-league starting pitcher," Kuhl said. "... But it's about me being a good major-league pitcher for the next 10 years, not just this year."

Both got to face live hitters during batting practice this week with no issues to report.

“Like we’ve talked about with all our rehab guys, getting them on the mound, getting them off the mound healthy, having them come in the next day and have just regular pitching soreness, that’s the most important thing,” Shelton said.

Meanwhile, Santana will be in the bullpen and should provide a boost to a unit in need of big arms.

"I'm focused and I know the things that I have to work on to help myself and my pitches," Santana said. "I know it will be a really good year if I'm healthy."