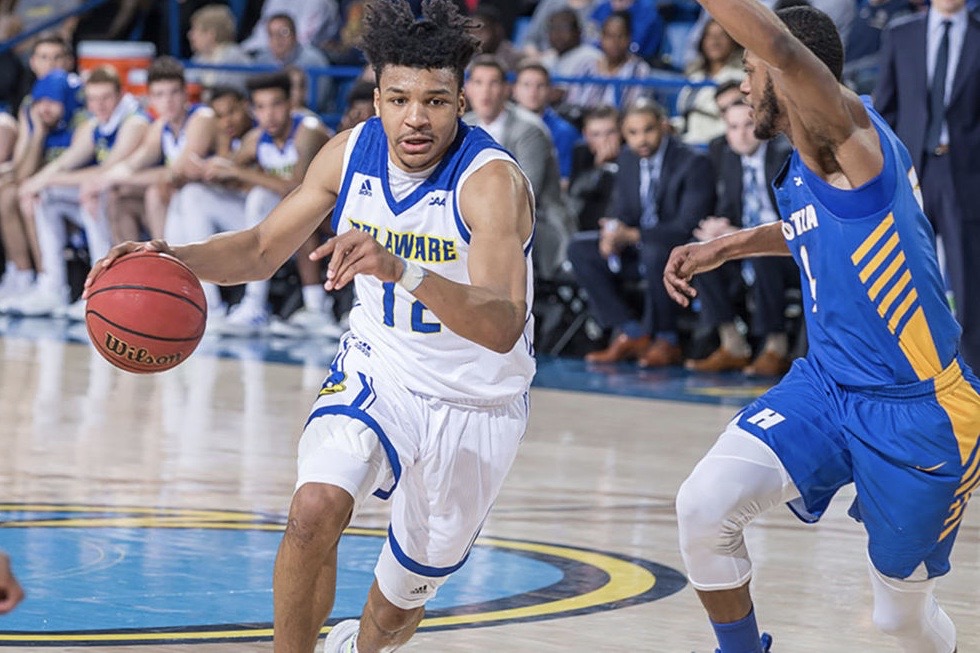 Ithiel Horton doesn't jump to the front of many conversations surrounding this 2019-20 Pitt Panthers squad.

And why would he?

Horton, a 6-foot-3 sophomore guard, transferred to Pitt from the University of Delaware in July and has been forced to watch the season unfold from the sidelines as a result. Although Horton hasn't made an impact on the court for the Panthers this season, his presence is felt during practices.

To hear Jeff Capel and Xavier Johnson tell it, that may be putting it mildly.

"He's really tough," Johnson was saying of Horton Monday at Petersen Events Center. "He's a good scorer. He can score at all three levels. I think he's a pro scorer, for real."

Capel didn't delve into "pro" discussions, but he approached that level of praise.

"I tell our guys that if you can guard him [Horton] in practice, I haven't seen a better guy in this league that they will have to guard," Capel was saying. "So if you can do a good job on him, then you have a chance to carry that over in the game. He gives us a great look when we're playing against, whether it's an Elijah Hughes, [Landers] Nolley, [Tomas] Woldetensae ... and every team has 'a guy' — [Jordan] Nwora — he's been these guys and he does a very, very good job of simulating them, but in his own way because he's a little bit different."

Horton's current impact is not lost on Johnson, who says the transfer guard has helped him become a better on-ball defender simply by working against him in practice. Johnson was then quick to discuss an additional layer of Horton's game — and it's something the Panthers could, unfortunately, use right now.

As a freshman at Delaware, Horton shot 40.9 percent from three, hitting 79 triples that season — sixth-most all-time in the school's history. These Panthers could sure use some of that pure scoring  — and Horton could provide it next year.

"He's been as good as anybody on our team all year long," Capel said. " ... He has a chance to be a very good player. He can really shoot the basketball. He probably handles it a little bit better than I thought, and that's something he's continued to work on."

And while Johnson was quick to acknowledge how Horton has helped him improve as a defender, Capel was equally eager to send praise the other way, saying that Horton's learning curve has been facilitated by matching up against Johnson, Trey McGowens and Au'Diese Toney.

One drawback? Horton's been too good at times. No, seriously. Here's Capel:

"It's really good [having Horton available for practice]," Capel began. "It can also mess with guys' confidence, too, because you can play really good defense on him and sometimes — a lot of times this year, there's been nothing that anybody can do. So that can mess with some guys as well."

Glowing as the praise is from teammates and coaches alike, this season hasn't been easy on Horton. He knew what he was getting into when he transferred, but the fact remains: He can't play the game he loves. That's given Capel an additional opportunity to get to know him over the course of the season.

"He's been good, and this year has been really hard for him," Capel said. "It's been really hard for him sitting out. He and I have had countless conversations, and even though you know it's something that's going to happen, to have the game taken from you is very difficult. And so he's really tried to use the practices like his games, and at times we have to try to slow him down — which is a good thing. You know, we're going through walkthrough, and it's hard for him to walk through, and so that's been refreshing."

All this paints a positive picture for the 2020-21 Panthers, who have also signed 6-foot-9, four-star power forward John Hugley, 6-foot-10 center Max Amadasun and 6-foot-8 forward Noah Collier as part of next year's recruiting class. They've also been linked to 6-foot-5 three-star point guard Femi Odukale and 6-foot-7 four-star forward William Jeffress, who recently reclassified for 2020. With three confirmed and another potential four-star player in the balance for next year, Capel's plan to restock Pitt's roster is well underway.

"There will be a lot of options on the court next year with the recruits we have coming in," Johnson said. "I believe they'll be a good addition."