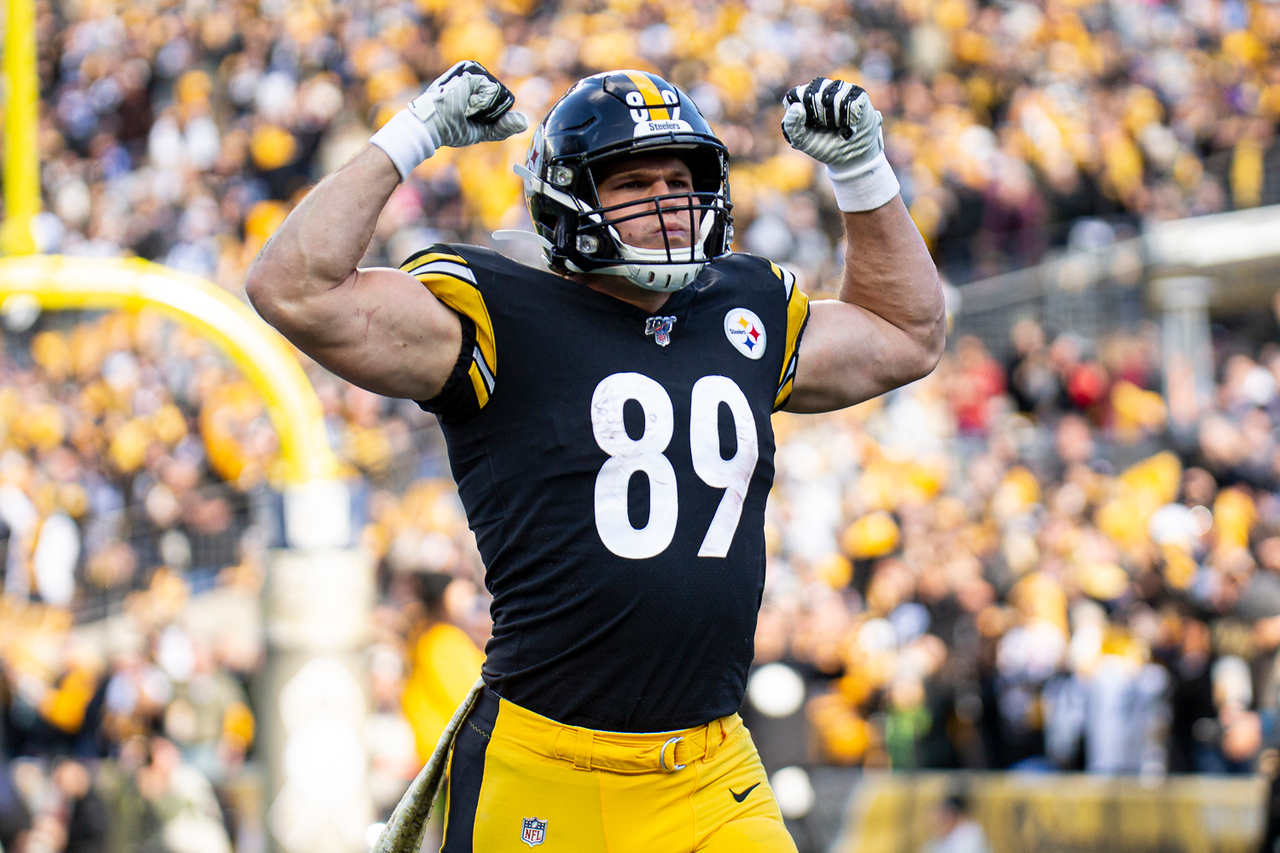 The Steelers are tight against the estimated 2020 NFL salary cap, even if it does go up even slightly if a new CBA is approved by the NFLPA in the coming days.

They've had internal discussions about how best to create the cap space they'll need to keep outside linebacker Bud Dupree, even if that means using the franchise tag. But one thing that is low on that list is declining to pick up the option in 2020 for tight end Vance McDonald.

According to sources, the Steelers' intention, barring something unforeseen, is to pick up the $5.5-million option the team holds on McDonald's contract. That would give him a cap hit of $7.127 million this season, but the Steelers have looked at the other options that might be available and decided keeping McDonald might be their best bet.

There are several reasons for the decision, not the least of which is that any tight end the team might add in free agency would eat up a large chunk -- if not all -- of the $5.5 million in savings the team would gain by declining the option on McDonald.

And the Steelers believe McDonald can have a bounce back season in 2020 after struggling in 2019 when the team started three different quarterbacks, including longtime starter Ben Roethlisberger just six quarters.

McDonald saw his numbers fall from a career-high 50 catches for 610 yards and four touchdowns in 2018 with Roethlisberger, to just 38 receptions for 273 yards and three scores. His 7.2 yards per catch was well below his career average of 11.7 yards and his 2018 average of 12.2.

“I think I took some steps backwards unfortunately as a player,” McDonald told Steelers.com over the weekend. “I don’t even need a coach to give me criticism because I have too much of it already. I think of it as having almost that edge in 2018, being known for having that play with the stiff arm, the run after whenever I would have a reception. I didn’t have as many of those. It makes me want to attack this offseason and next season that much harder.

”I think offensively it was a much different team. It forced players to take a hard look at where we are, our personnel, the ever-changing lineup because of injuries and so forth. They can all be excuses, but at the same time they all present specific things we have to overcome and adjust to. It took some adjusting. ... I think overall there was a stretch where we had a lot of success as a team. For me looking back and analyzing it all, I wish I would have done more.”

It appears he'll get that chance in Pittsburgh.

Another reason for that is the Steelers don't really have a lot of options available to them. The only other tight end on the roster with NFL experience is Zach Gentry, a fifth-round draft pick in 2019 who played sparingly as a rookie.

General manager Kevin Colbert praised Gentry's progress in his rookie season while speaking to reporters a few weeks ago, but it's unlikely the Steelers want Gentry going from the 49 snaps he played in his first season to anywhere close to the 684 McDonald logged in 2019 in 14 games.

The lack of depth in this year's tight end draft class also doesn't help. There is a lack of consensus on who is the top tight end available in this year's draft and the overall lack of star power at the position means even if the Steelers like one or even two in this draft, there's no guarantee they'll be available when the team makes its first draft pick at 49.

The Steelers don't have a first-round draft pick this year after sending it to the Dolphins in the deal to acquire All-Pro safety Minkah Fitzpatrick last season.

This isn't all that surprising. With the team intent on keeping Dupree, even if that means using the franchise tag, it will have to get creative in some other ways to free up cap space.

A new CBA would certainly help, eliminating the 30 percent rule and allowing them to renegotiate some additional cap space with some veteran players.

But the options are sparse. McDonald has a reputation among fans of being oft-injured, but he's missed just three games the past two seasons. You'd like that to be none, but it just isn't.

The one thing that could change this would be the new CBA not getting passed. That would mean the 30 percent rule would still be in effect and limit the amount of cap space the Steelers can create without simply releasing players.

But I'm told releasing McDonald is way down on that list.