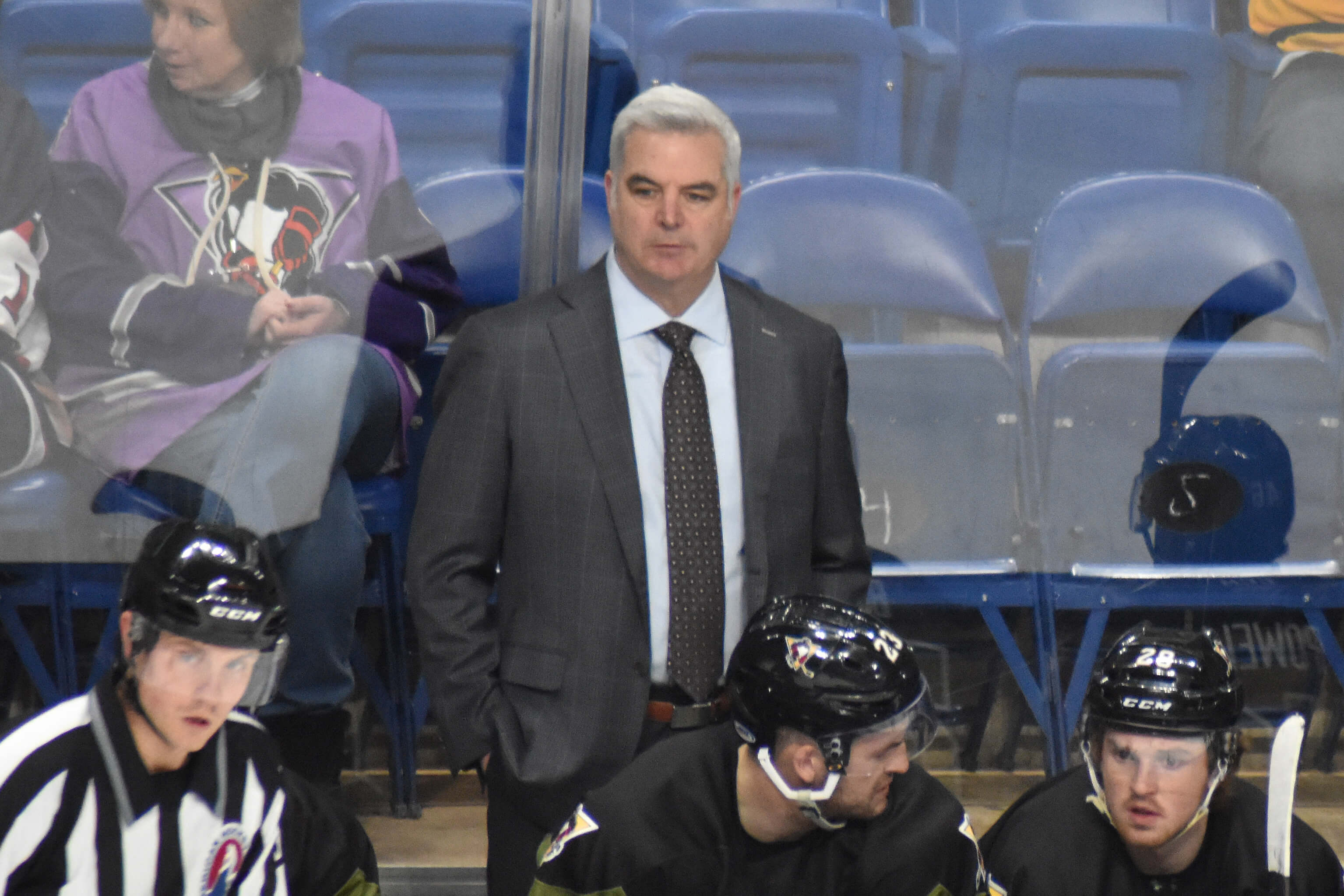 Head coaches aren't immune to the injury bug in the Penguins' system.

Wilkes-Barre/Scranton head coach Mike Vellucci was struck in the back of the head by a puck midway through the second period of Sunday's game against Binghamton:

Vellucci immediately went down the tunnel and returned to the bench for the start of the third period.

On Tuesday afternoon, the Penguins shared a look at the damage: Six staples in the back of Vellucci's head:

You think hockey PLAYERS are tough? How about hockey COACHES?!? That’s six staples for head coach @mike_vellucci after getting hit by a puck on Sunday. pic.twitter.com/sbn5CyxSEN