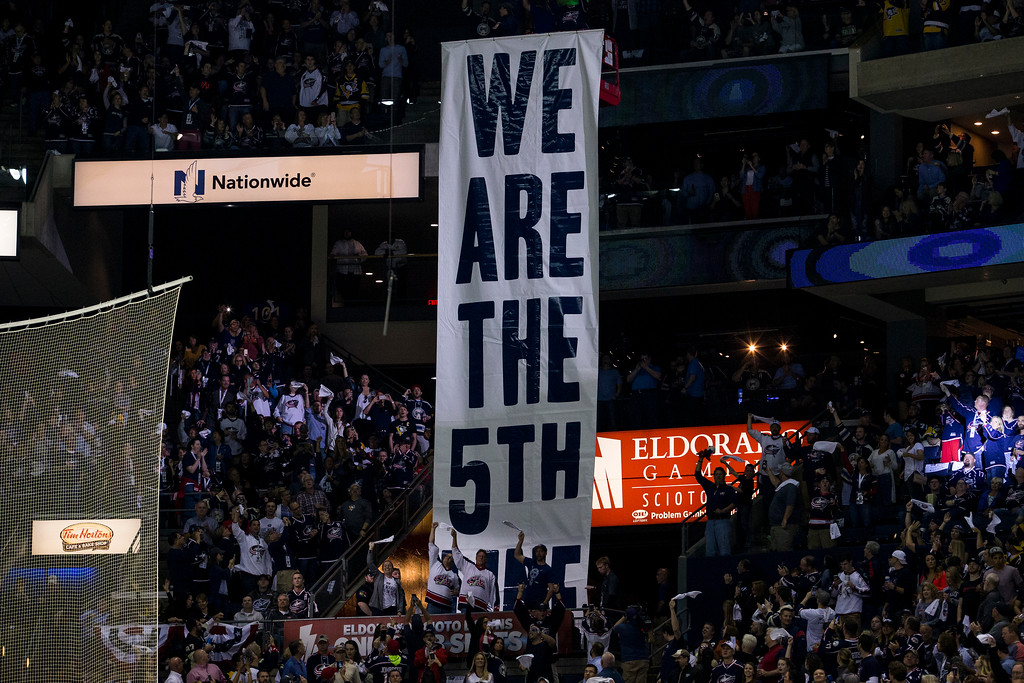 COLUMBUS, Ohio -- It's official. The Penguins' game in Columbus on Thursday evening will be played without fans in attendance.

On Tuesday' Ohio governor Mike DeWine recommended that all indoor sporting events in the state be played without fans in attendance. On Wednesday, DeWine announced that the recommendation would become an order within the next 24-36 hours.

Rather than wait for the order to take effect, the Blue Jackets announced in a statement on Wednesday that upcoming home games will be played without fans.

"The Columbus Blue Jackets are aware of Governor DeWine's announcement today that an order prohibiting mass gatherings in the state of Ohio is forthcoming," said the statement. "We have been in contact with the National Hockey League regarding this matter and will abide by the state's mandate. Remaining home games while the order is in effect, including tomorrow vs. Pittsburgh, will be played as scheduled, but with restricted attendance in compliance with today's announcement.

"Admission to games will be limited to home and visiting club personnel, credentialed media and broadcast partners, essential club and arena staff and NHL officials. The games will be closed to the public."

The Blue Jackets will work with season ticket, club and premium seat holders on receiving credits or refunds for the affected games, and single-game ticket buyers will receive a refund through their point of purchase.

Wednesday, 10:20 p.m.: The NHL acknowledged the NBA's suspension and is expected to make an additional statement tomorrow. -- Taylor

Wednesday, 9:30 p.m.: Utah Jazz player Rudy Gobert tested positive for the coronavirus before Utah's scheduled game tonight. The NBA is suspending the rest of its season as a result, and all Jazz players will be tested before leaving the building. -- Taylor

The Steelers, meanwhile, announced they are limiting commercial travel by their scouts, coaches and front office staff in the middle of the college pro day season.

The Steelers were one of two teams not represented at Oklahoma's pro day on Wednesday. The Saints were the other.

Per the team, coaches and scouts will still attend pro day workouts, but will drive to the ones that are within reasonable distance or fly privately if possible.

Mike Tomlin and Kevin Colbert are expected to be in attendance at Clemson's pro day Thursday.

Wednesday, 5 p.m.: The NCAA announced Wednesday that the men's and women's basketball tournaments will be played without fans in response to growing concerns over the COVID-19 coronavirus and the uncertainty over large public gatherings among state and municipal governments.

NCAA president Mark Emmert released a statement explaining that in conjunction with the Board of Governors, "I have made the decision to conduct our upcoming championship events, including the Division I men's and women's basketball tournaments, with only essential staff and limited family attendance. This decision is in the best interest of public health, including that of coaches, administrators, fans and, most importantly, our student-athletes ... Today, we will move forward and conduct championships consistent with the current information and will continue to monitor and make adjustments as needed."

The NBA, NHL, and MLB are all in the process of addressing public concerns over the virus. The Golden State Warriors announced Wednesday that they will play to an empty arena. On Monday, Santa Clara County, Calif. banned crowds over 1000 people, meaning the Sharks may have to follow suit, and the NHL is already eliminating media access from locker rooms and has player interview protocols in place. Ohio governor Mike DeWine is drafting a state-wide order limiting the size of public gatherings. Though the limit has not been announced, it will most likely affect the Blue Jackets — the Penguins are scheduled to play in Columbus Thursday night. Major League Baseball is exploring several options in response, including the possibility of playing games in neutral sites or spring training facilities.

The NCAA's move is unprecedented but is another in a long line of dramatic responses to the coronavirus threat by sports agencies around the world. Italy has suspended all sports activity until April 3, at the earliest, the first time their Serie A football league has been suspended since World War II. Germany and the Netherlands are enforcing similar bans, with some sports still being played in empty stadiums and arenas.

As the virus continues to spread and local and state governments make decisions on public gatherings and access, leagues an teams may not have any choices. Expect more empty arenas and cancelations. -- Bob Maddamma