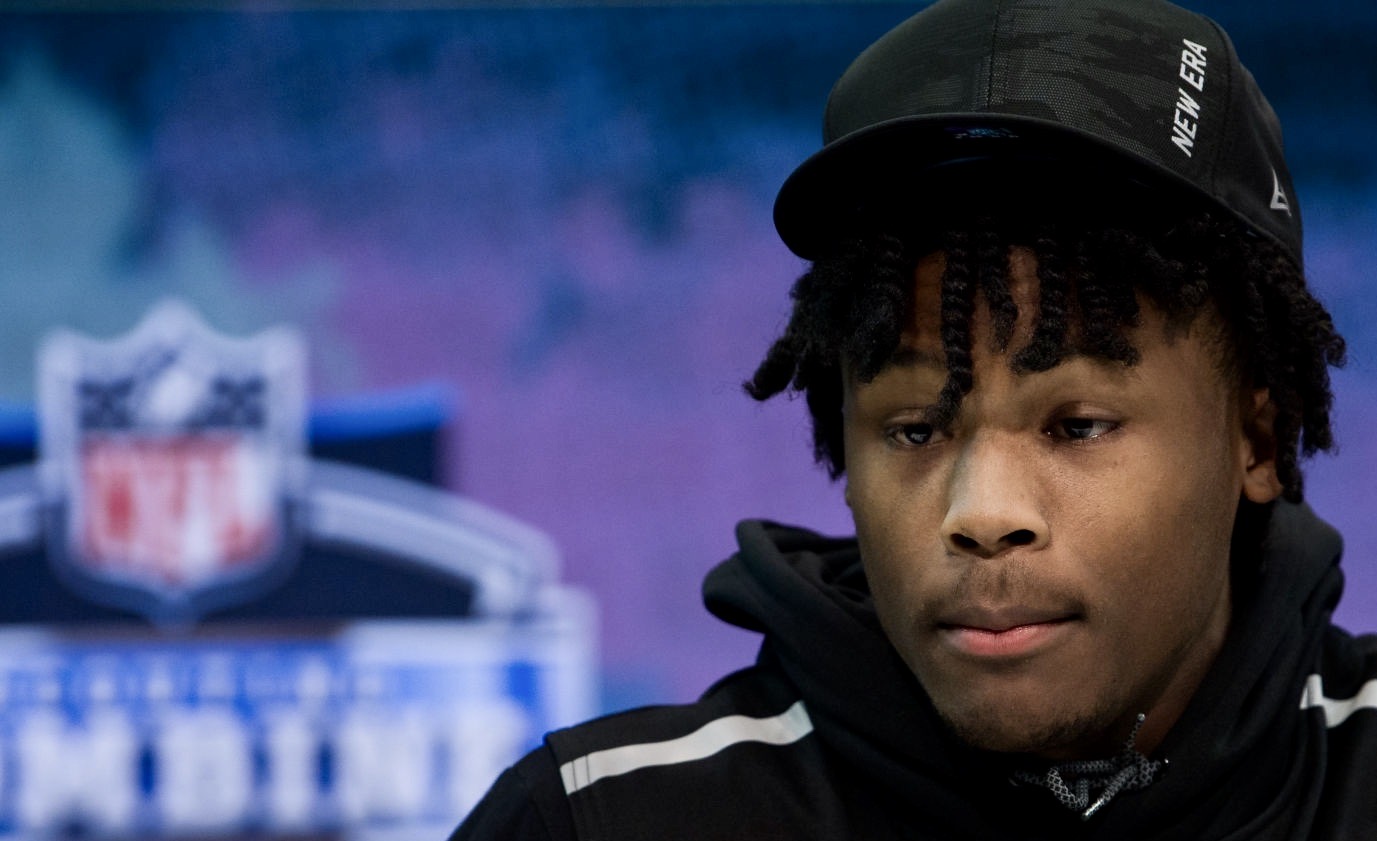 The Steelers' draft pick positions are now set, so we can finally put numbers to the selections.

And free agency is set to start next week when the new league year begins March 18 -- assuming that isn't shifted at some point in the next few days.

So why not do yet another mock draft?

The interesting thing about everything that is going on now is that colleges are canceling their pro days. Guys who chose not to participate in workouts at the NFL Scouting Combine might not now get the opportunity to do so. And players with existing medical conditions might not get an opportunity to show teams they are healing up OK.

It will make this year's draft something of an old-school crapshoot.

Let's have at it.

Round 2, pick 49 –– Tee Higgins, WR, Clemson (previous pick, Clyde Edwards-Helaire, RB, LSU): Higgins in the second round? In this class it could happen, especially after Higgins ran a 40 in the mid-4.5s and only had a 31.5-inch vertical at the Clemson pro day on Thursday with Mike Tomlin and Kevin Colbert looking on. But he was productive at Clemson, tying DeAndre Hopkins and Sammy Watkins for the school record with 27 touchdowns. In fact, Hopkins is a nice comparison for Higgins. And he went 27th overall because of a 4.57 40 at the combine. At 6-foot-4, 216 pounds, his 40 time is fine. In a normal draft class, Higgins would be a top-5 wide receiver. But in this one, his workout might drop him slightly, which would be good news for the Steelers, who could use a big-bodied receiver such as Higgins. There will be some good running backs still on the board, but Higgins is a first-round talent who drops to the second round.

Round 3, pick 102 (compensatory) –– Zach Moss, RB, Utah (previous pick, Amik Robertson, CB, La. Tech): Moss will be another player who drops because of a so-so combine. And that's fine. He ran his 40 at the combine in 4.65 seconds, which is fine for a player his size. But he ran it after tweaking his quad while doing his vertical jumps. He's a little bit faster than that. The problem is the Utah pro day isn't until late March. And those ones might be canceled for sure. Moss is a pounder. But he's also elusive and catches the ball well out of the backfield. He's a better, more athletic version of Benny Snell, with the ability to be a pairing with and eventual replacement for James Conner.

Round 4, pick 124 ––  Benito Jones, NT, Ole Miss (previous pick, Jones): If you get the idea I like Jones, it's because I do. And this is the perfect spot to land him. The last mid-round lineman I felt good about like this was back in 2016 when the Steelers took Javon Hargrave in the third round. Jones might not move right into the starting lineup, but he'll be in the mix.

Round 4, pick 135 –– Devin Asiasi, TE, UCLA (previous pick, Antonio Gibson, WR, Memphis): Though only 6-foot-3, Asiasi checked in at the combine at 257 pounds. He's a solid blocker who also runs well and is a solid middle-of-the-field receiver. Asiasi is one of the few tight ends in this draft that you consistently see lining up with his hand in the dirt when watching his tape.

Round 6, pick 198 –– Jonah Jackson, G/C, Ohio State (previous pick, Keith Ismael, G/C, San Diego State): Jackson, like the pick of Ismael before him, makes a lot of sense for the Steelers. If B.J. Finney is re-signed, it will be as a starter and the team will need a new swing guard/center. If Finney isn't resigned, the team will need a new swing guard/center. Jackson is a better run blocker than he is in pass protection, but that's something that can be worked with at center. A four-year starter at Rutgers, he then transferred to Ohio State as a graduate and started there, as well. So, he's got plenty of experience.

Round 7, pick 232 –– John Reid, CB, Penn State (previous pick, Derek Tuszka, OLB, North Dakota State): At 5-10, 187 pounds, Reid is a slot corner. But he has the toughness to do it. He had four interceptions and 16 pass breakups the past two seasons at Penn State after missing the 2017 season with a knee injury. This assumes the Steelers don't tender Mike Hilton. They'll need to groom another slot corner since Cam Sutton would take over that role and the rest of their guys are better suited to play outside.