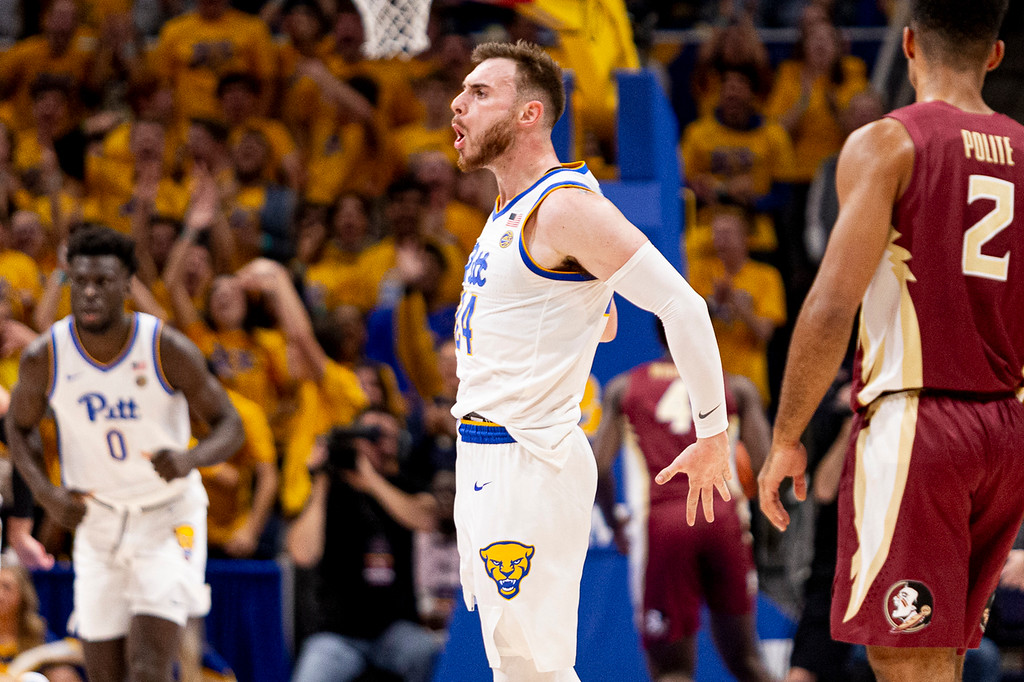 Ryan Murphy is making his stay with the Pitt Panthers a one-and-done affair. After transferring from New Mexico Junior College to Pitt for his junior season, Murphy has entered the NCAA transfer portal in hopes of finding a better opportunity for himself elsewhere.

“I basically just thought it’d be better for myself, my life, to go play somewhere where I’m going to play a little more," Murphy was telling me Sunday in a phone interview. "But I don’t wish anything bad on Pitt or [head coach Jeff Capel] He’s a great coach. Pitt’s got great players. They’re great teammates. I really liked those guys here, great coaching staff.”

Capel echoed the feelings of appreciation in a statement.

“We appreciate Ryan’s efforts with our program this season and wish him luck as he looks to continue his playing career elsewhere,” Capel said.

Murphy averaged 24.5 minutes per game, making 12 starts and appearing in 30 games total for the Panthers in 2019-20. A three-point specialist, Murphy knocked down a team-best 42 triples on 33.1 percent of his attempts. Promising as his season began — he topped 10 points in six of his first nine games and posted a season-best 28 in Game 2 against Nicholls State — Murphy suffered a concussion in early February and never fully regained his form.

Coincidentally, the team began a skid at the same time, losing eight of its final 10 games.

"Early in the year, I was really hoopin’," Murphy said. "Whether it was starting, coming off the bench, whatever it was. I’m here to do whatever the team needs to win. And then the concussion kind of messed me up. I rushed myself coming back for that Clemson game. I wasn’t really myself for Clemson at all. I was like, ‘Whoa.’

Pitt's season came to an end in Greensboro, N.C., against North Carolina State during Round 2 of the ACC Tournament. One day later, the tournament shut down altogether due to growing concerns surrounding the spread of novel coronavirus/COVID-19. Murphy admitted it was “really depressing to think about" the fact that the tournament would've been canceled even if they won, but he also said he feels Pitt is trending in a positive direction moving forward.

That comes down to one key reason: Capel.

“I think Capel’s a great coach," Murphy said. "He comes from being the head coach at VCU and Oklahoma where he did great things at both places. It takes time in college basketball, though. To get back on top like Pitt was, it takes time to turn it around. I think he’s on the right track with Pitt, and I think he’ll do that.”

What will that Pitt team look like when — or if — it bounces back to prominence? What's this squad's identity? Well, they represent Pittsburgh, Murphy told me. There's really one identity, then, to assume.

"I think the city of Pittsburgh is really tough. I think it’s a gritty, tough city," he said. "There’s a bunch of tough, tough people here. The Steelers are tough. And I think what Capel is going to do and is in the process of doing is making Pitt that tough team you don’t want to see. You go play Syracuse, and it’s the 2-3 zone. You go play Duke, it’s loud and everything, whatever, they always have a top-10 player, 25-, 50-kind guy.

"When you come play Pitt — I love [Au'Diese Toney] and [Justin Champagnie] and they’re both really tough guys, on and off the court if you couldn’t tell. I think that’s one thing that Pitt basketball’s going to be is tough, and is becoming under Coach. Just tough and gritty. I think that’s awesome.”

While Murphy clearly spoke highly of the team's future and his experiences both with his teammates and his coaches, one thing he could not comment on were the growing concerns of tension and selfishness on the team. Following the team's ACC Tournament exit, Trey McGowens was asked what was different with the team before their early-February skid.

Murphy, however, didn't sense this idea of stat-chasing or greediness — but he admits he had his own concerns and focus on his personal game and growth down the stretch.

“I didn’t play a whole lot in the last 10 games, so I really don’t know," Murphy said. "I was just kind of cheering, you know, and hoping we win. But I don’t think guys were doing that. I don’t really know. I can’t really speak on it. All I know is at the end of the day, you want to have the most impressive stat: A ‘W’ in the column, not an ‘L.’ That should be the only stat as a team that you chase.”

While Murphy may not leave Pitt on an ultra-positive note as a player, he says the future is already shaping up one day into his transfer process: