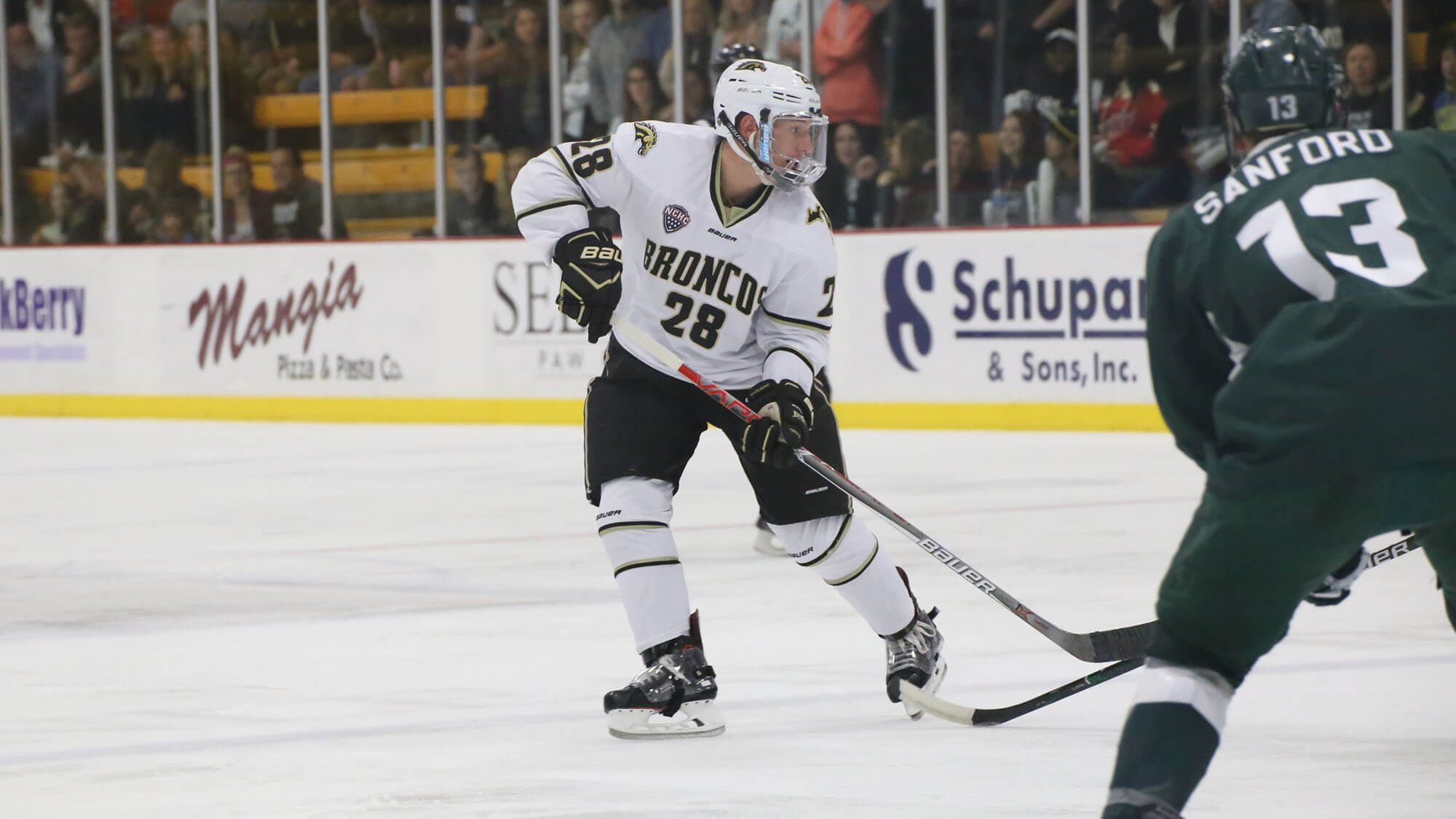 Cam Lee didn't expect his college career to end when it did.

Or how it did, for that matter.

But while his final season as a defenseman at Western Michigan came to an abrupt conclusion after the NCAA canceled all winter sports tournaments, conference and national, because of the coronavirus pandemic, Lee at least had the consolation of leaving the college game on a lofty note: He had a career-high five assists in a 8-4 victory against Miami (Ohio) March 7.

Lee had set up as many as two goals just twice in the Broncos' previous 25 games during the 2019-20 season.

His outburst against the RedHawks pushed Lee's total for the season to three goals and 18 assists and surely did nothing to dissuade the Penguins from pursuing him as a free agent, a process that culminated in him signing a two-year entry-level deal with them this week.

His contract is worth $925,000 at the NHL level and takes effect in the 2020-21 season. He is scheduled to join the Penguins' farm team in Wilkes-Barre on an amateur tryout contract if the American Hockey League resumes play this spring.

Lee, 23, told a conference call that he still is on the WMU campus, "staying away from everything that's going on." He didn't try to mask his frustration at the way his school's season ended, even though he acknowledged the need to reduce large public gatherings to try to halt the spread of the virus.

"It (stinks) that my senior year had to end like that," he said. "But obviously, it's for a good reason. Everybody needs to be safe, do as we're told here."

"They were real welcoming," he said.

His time at that camp wasn't Lee's only previous connection with the Penguins. He grew up in Ferguson's Cove, Nova Scotia. That's not far from Sidney Crosby's hometown of Cole Harbour, and Lee said they have worked out together in the summer for several years.

"The first time, I was probably in high school," he said. "He’s just an awesome guy. He did reach out to me after seeing I signed with the Penguins and he just said, 'Congratulations and make sure you stay in shape, with all this going on.' ”

When -- or even whether -- they will be teammates with the Penguins is impossible to predict, partly because most defensemen coming out of college or junior hockey need some seasoning in the minor leagues before reaching the NHL.

Of course, there are exceptions -- John Marino of the Penguins is a pretty good example of that -- and Lee's game does appear to be tailored to today's NHL, with its emphasis on skating and offensive abilities.

No matter where he plays next or when he does it, however, Lee seems eager to advance his career.

"Taking this next step is huge," he said. "I'm excited to get started."

Regardless of the way his previous chapter ended.