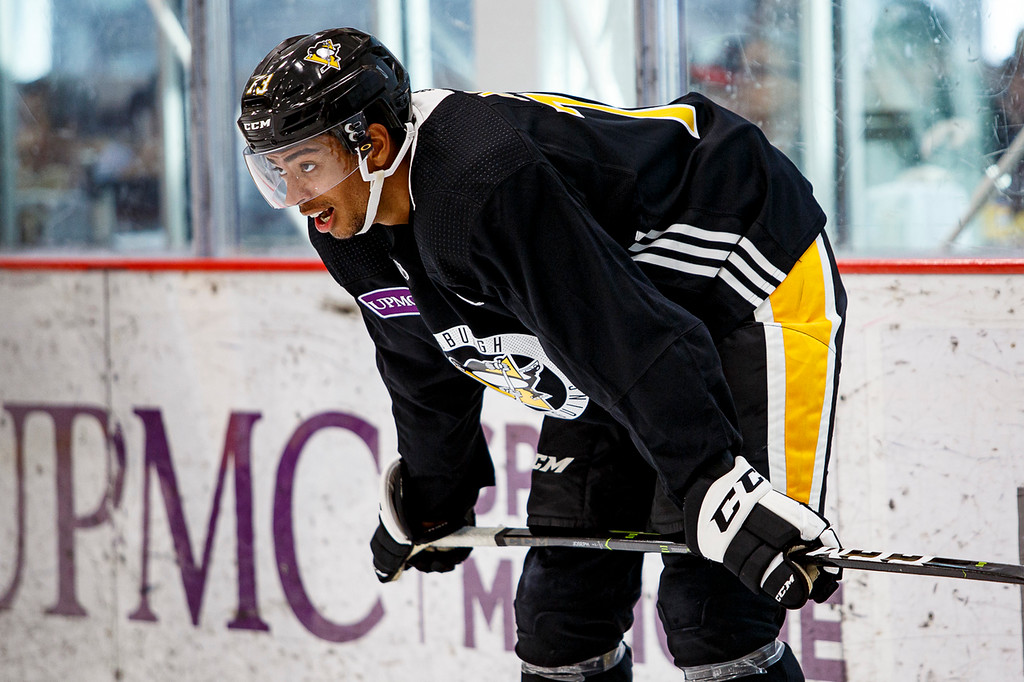 We could use more light-hearted sports stories right now, so this feels like a good time to share this.

Whenever I talk to a player who is living and playing in America for the first time in his career, I like to ask about the cultural adjustments off the ice, or if there is anything that surprised him about living here.

In one of those conversations this season with Slovenian prospect Jan Drozg, he remarked how nobody here knows how to pronounce his first name (it's "Yahn") and it causes confusion if he's out at a place like Starbucks or Chick-Fil-A that asks for your first name when taking your order.

"I go to Starbucks and usually I don't say my real name," he explained. "I would say, 'I'm Jan' and they're so confused. They call me Jen, Jenny, and I'm like, 'That's not my name.' So I go with an easy American name to make everything faster."

Drozg said he likes to switch up the fake American name he uses, and that lately his Starbucks pseudonym has been "Tim."

I asked two other players in the Penguins' system with first names that are unique in America if they experience something similar. There's really only one player on the NHL roster with a unique first name, and it's Juuso Riikola. He said he uses his real first name when ordering food, and I asked how often he gets it back the way it's supposed to be.

Pierre-Olivier Joseph's name isn't exactly hard to pronounce, but the double first name still confuses people. "Pierre-Olivier" is his full first name. He'll go by P.O. for short, but definitely not "Pierre." Whether he says "Pierre-Olivier" or just "P.O.," it always ends up causing confusion.

"Honestly, it's every time," he said. "Every time I say it, it's never the right thing. Then they call my name and I'm just wondering what it is. I went the other day and I said "P.O." and they called me "Poo." So I guess there's nothing we can do about Starbucks."

To avoid the confusion, Joseph will occasionally just use a different name.

"Sometimes I say different stuff," he said. "If I'm with someone else I'll use his name. Or I usually go with Joe, or Joseph. It's easier in the United States than "Pierre-Olivier."