The Penguins were scheduled to celebrate Pride Night on Tuesday in what was supposed to be a 7:08 p.m. game against the Hurricanes.

The Penguins announced their plans for a Pride Night in November with the intentions of "focusing on the LGBTQ community as the Penguins and other NHL teams promote safety and inclusion for all who participate in the sport - athletes, coaches and fans."

Penguins players were scheduled to use rainbow-colored Pride Tape on their sticks during warmups and auction the sticks off after the game, with proceeds benefitting the "You Can Play" organization.

The game, of course, isn't happening as the NHL remains on hiatus due to the coronavirus outbreak. That didn't stop the Penguins from lighting up the PPG Paints Arena signage in rainbow colors to celebrate, though: 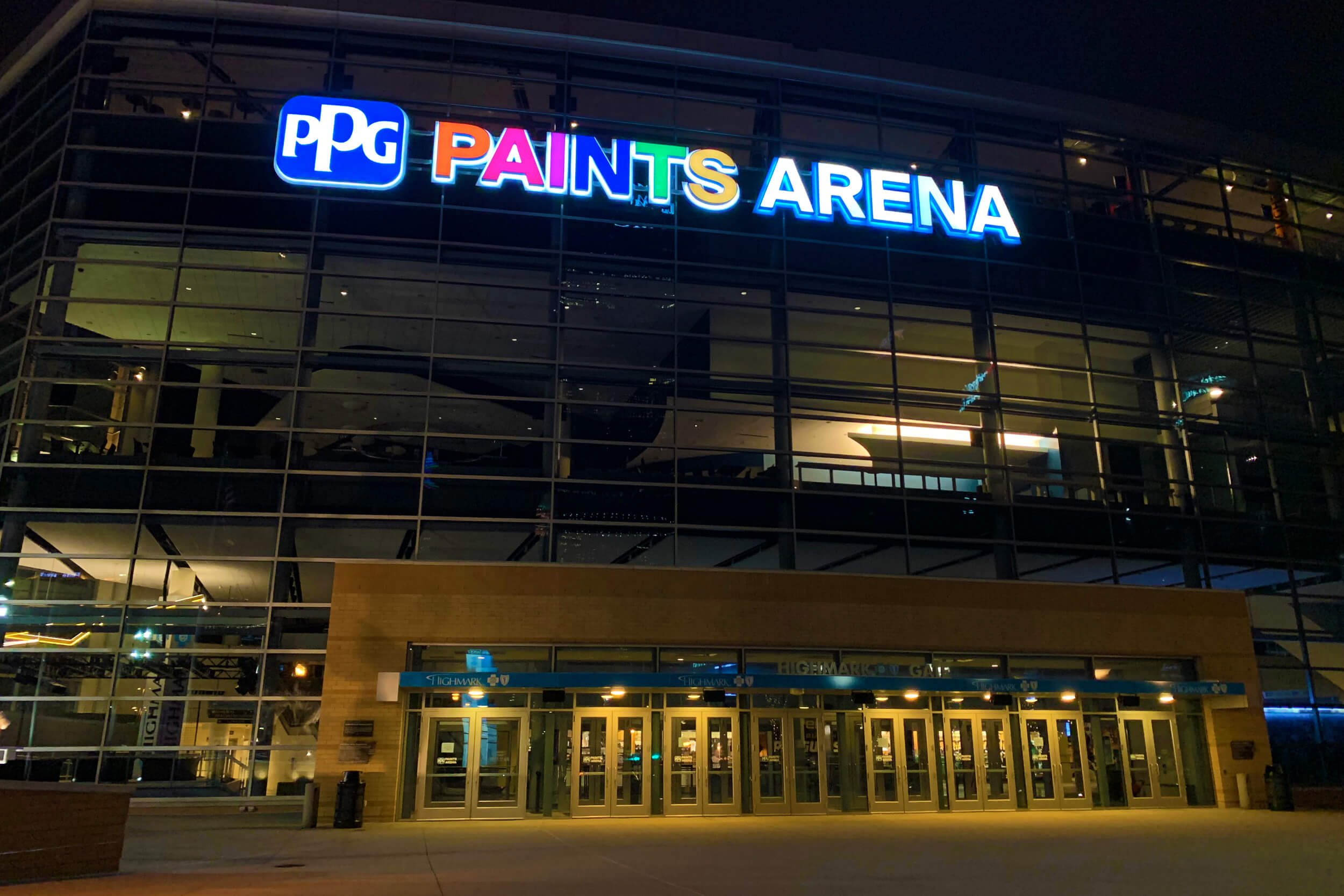 Pride Night was part of the Penguins' "Hockey is for Everyone" initiative this season, which aims to "uses the game of hockey to drive positive social change and foster more inclusive communities regardless of race, color, religion, national origin, gender identity or expression, disability, sexual orientation or socioeconomic status."

In January, the Penguins hosted a Black Hockey History Day, and in February the team celebrated Hockey Day in America by recognizing local sled hockey, special hockey, and blind hockey teams, as well as the Pittsburgh Warriors Disabled Veterans Hockey Team. Sunday's game was scheduled to be Her Hockey Day, celebrating the women and girls in the hockey community.

Earlier this season Matt Murray auctioned off his full set of equipment from the Philadelphia Stadium Series game and raised $12,020 for the Delta Foundation of Pittsburgh, an organization that works “to be a vigilant catalyst for change that produces increased opportunities and a high quality of life for the LGBT community in Western Pennsylvania,” according to their website. The winning bidder was also supposed to receive tickets to Tuesday's Pride Night and meet Murray after the game.

“I am proud to be the Penguins’ ambassador once again for ‘Hockey is for Everyone,’” Murray said in a team release. “My hope is that auctioning my Stadium Series gear will bring more attention to our Pride Night, and provide extra assistance to the Delta Foundation of Pittsburgh. I look forward to meeting the winning bidders.”