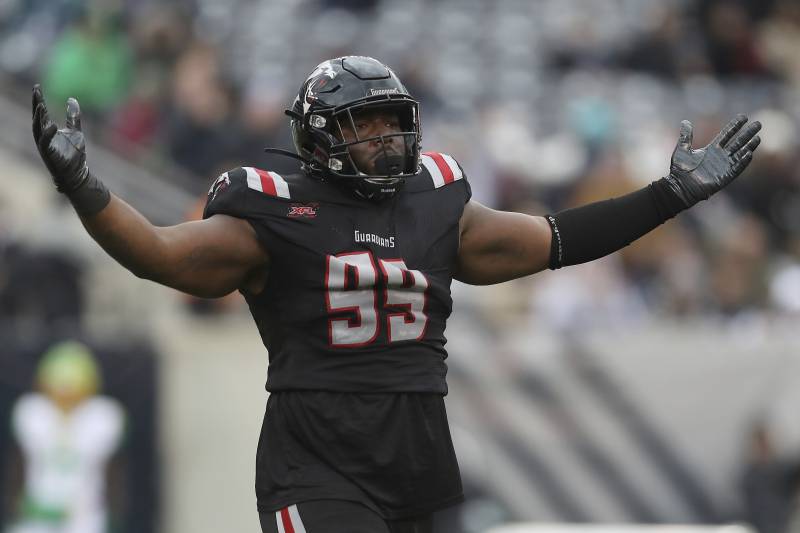 With the loss of Javon Hargrave in free agency last week, the Steelers were thin at defensive tackle.

Wednesday, they made a move to address that.

Walker, 25, played in the XFL this year for the New York Guardians. He led the XFL, which has suspended play for the remainder of the season, with 4.5 sacks and was named to the fledgling league's midseason All-XFL team.

At 6-foot-2, 285 pounds, Walker has spent time with the Bears and Chiefs. He played collegiately at Maryland, entering school as a 230-pound linebacker before being shifted to defensive end.

The Steelers lost Hargrave, their starting nose tackle, in free agency to the Eagles. Hargrave, a four-year starter, signed a three-year, $39-million deal to join the Eagles.

The team did made a trade to acquire defensive end Chris Wormley from the Ravens for a fifth-round 2021 draft pick last week. The Steelers also acquired a 2021 seventh-round pick in that deal.

Walker could play some nose tackle for the Steelers, much in the same way Hargrave did. A good pass rusher on the interior, Hargrave recorded 10.5 sacks the past two seasons.

Walker also had five tackles for a loss among his 19 stops, while also recording nine quarterback hits in just five games.

Jones (6-foot-6, 320 pounds) also was with the Guardians, who made him a first-round pick in the XFL draft. He spent time with the Bills, who converted him from defensive tackle to offensive tackle.