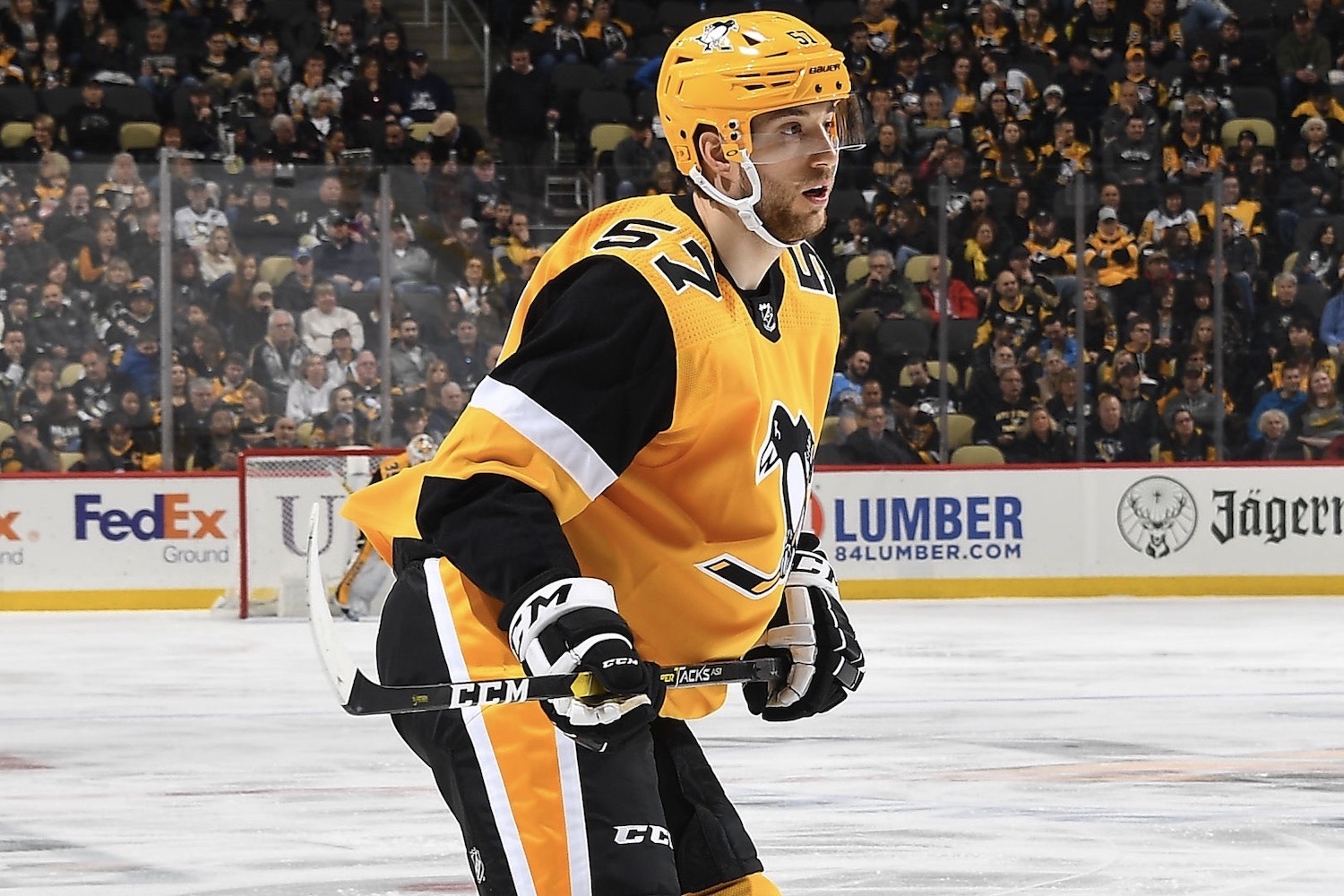 These are uncertain times in the NHL -- as in pretty much every other facet of life -- and it's not only the fate of the 2019-20 regular season and playoffs that has yet to be determined.

League officials already have made it known that the draft will not be held in Montreal June 26-27, as originally planned, although precisely where, when -- and even how -- it will be conducted still hasn't been finalized.

But there is at least one thing about the draft that looks to be assured: Barring a trade, the Penguins will have just four choices during those seven rounds -- one each in Rounds 3-6 -- which will be the third time that's happened in the past six years.

Perhaps more importantly, it will be the first time since 2008 that they have not had a choice in the first and/or second round.

That was a most forgettable draft for the Penguins, as they ended up with the rights to center Nathan Moon, goalies Alexander Pechurskiy and Patrick Killeen and defenseman Nicholas D'Agostino.

Moon, a fourth-rounder who went 120th overall, was the first of those picks.

Those four combined to play in one NHL game -- by Pechurskiy, on an emergency recall during the 2009-10 season.

But while the results from that draft don't bode well for the Penguins, they actually have done a reasonably good job over the past couple of decades finding talent in the rounds during which they're supposed to pick this year. That certainly was true in Round 3 last year, when they claimed the rights to winger Nathan Legare.

"(The scouts) have done a good job," said Jim Rutherford, who replaced Ray Shero as GM in 2014. "The rate of  success in those rounds is obviously not as great as your first-rounders, but the Penguins have also had some first-rounders who didn't turn out as well as they'd hoped, either.

"Some of the guys we have presently on the Penguins who were taken in later rounds ... (Sam) Lafferty is a fourth-round pick. (Dominik) Simon and (Anthony) Angello, fifth-round picks.

"We've got some guys who we still have good hope for, (including defenseman Clayton) Phillips at Penn State. We took (Jan) Drozg, who's a skilled guy and a first-year pro. (Defenseman Will) Reilly out of RPI, who we're trying to sign now. We've got some good players coming."

Jake Guentzel, a third-rounder in 2013, and Bryan Rust, a No. 3 in 2010, are the most prominent players the Penguins have gotten in the third round, or later, in recent years, but Rutherford noted that role players -- who often are picked up in the middle and later rounds -- can make a significant contribution, too.

"Maybe it wasn't going to be an impact player to (play a leading role in winning) a Cup," he said. "But it could have been key players who help you win a Cup. You have to have those types of players."

Here's a fairly competitive team -- although not one that would have capped its season with a parade down the Boulevard of the Allies -- that could be constructed from their selections in Rounds 3-6 since the turn of the century, with only players who made it to the NHL considered for inclusion: