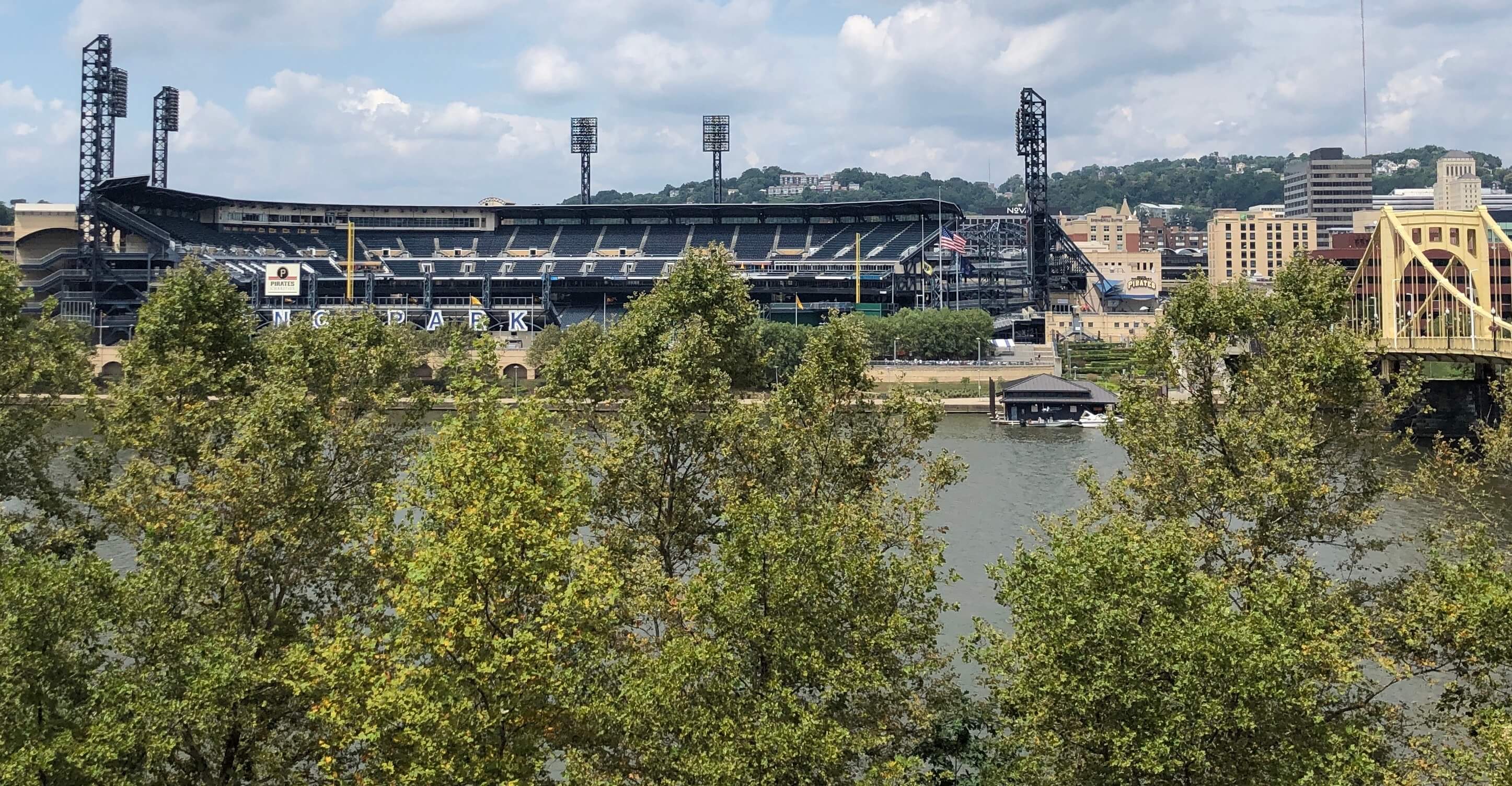 There's hope that the Pirates will retake the field at PNC Park for a de facto second spring training by mid-June, based on a brief talk I had last night with a longstanding source at 115 Federal.

It's hedged hope, though. Not outright optimism.

And the reason for that hedging, depressingly enough, isn't the ongoing coronavirus pandemic that continues claiming lives across the globe but, rather, Major League Baseball's archaic resistance to a salary cap.

Oh, let's not pretend this latest flap, one that's had the owners and players publicly sniping the past 48 hours over an economic proposal toward playing a restructured season in 2020, is about anything else. When it comes to this crew, and again I'm referring to both owners and players, it's always, always, always about a cap at the core of any economic issue.

First, a bit of background ...

Donald Fehr, who for decades governed the players' union with the firmest grip, used to regularly toss around phrases like "No such thing as a floor without a cap," and "We believe in a market-based system" and a bunch more. All pointed toward a single focus: No cap. Through that time and to this day, even with Fehr long gone, Tony Clark, the current union chief, and all of the rotating player reps, still speak the same way. Specific terminology and all.

The result: No cap.

Even though the NFL, NHL, NBA have one, leaving baseball in isolation.

Even though a cap floor would force teams -- such as Bob Nutting's Pirates, for example -- to spend more on the union's own membership.

Even though the other leagues' caps have been proven to provide more for all of their players, not just the priciest few.

I've discussed and debated this for years with union execs that include Clark himself, agents that include the supremely influential Scott Boras, team executives all the way up to team owners, and players themselves. To no avail. Meaning that no one can come up with a more substantive explanation beyond those same Fehr phrases. Plain and simple, it's always been that way, and it'll change only over the union's collective carcass.

As a result, I've largely let it go myself. Anytime it'd come up, I'd flick a figurative hand and respond that the only way a cap will ever become even a remote possibility is when all or at least most of the owners are losing money. Which, obviously, hasn't been the case in baseball for more than 20 years.

And hello, for maybe the first time ever, to the owners' courage on display!

Make no mistake: While everyone else was fussing over the owners vs. the players amid the coronavirus shroud, who's right, who's wrong, and whether it'll be settled, those of us who've followed baseball labor for years spotted immediately the real headline: The owners suggested revenue sharing.

I couldn't believe it, but there it was: To try to compensate for the coming season being played in empty stadiums and, thus, without venue-based sponsorships, the owners suggested to the players a 50/50 split of all revenues in 2020.

Nope. Not if the dog-whistle effect of that scenario is "revenue sharing," which everyone involved had to know it would be.

For anyone who doesn't know, revenue sharing is an intrinsic component in any cap system. That's how all teams can afford to spend within the relatively tight range between the designated floor and cap and, parenthetically, it's why I always find it amusing when cynics doubt that Nutting would ever spend what'd be needed in a cap system. He'd actually have no choice.

Well, that suggestion up there by the owners was about revenue sharing. And even if they were framing it within a legitimately extraordinary circumstance -- it couldn't be clearer that each game played will bring 40 percent less revenue -- there's no way it was a coincidence. None whatsoever. The owners knew exactly what they were doing and wanted to see if they could pull it off.

They didn't, of course. Clark freaked out right away: "A system that restricts player pay based on revenues is a salary cap -- period. This is not the first salary-cap proposal our union has received. It probably won't be the last. That the league is trying to take advantage of a global health crisis to get what they've failed to achieve in the past -- and to anonymously negotiate through the media for the last several days -- suggests they know exactly how this will be received."

And I'll stand and applaud them for it.

Look, I've no doubt this will work itself out. Baseball has zero choice but to figure something out and quickly. Both sides know that. Shutting down over how to disseminate billions of dollars while people are dying, falling ill or losing their jobs might be the final nail for a sport already on the decline.

People talk about how strong the union is and how the union will never go for it. That's preposterous. The owners hold all the cards. They've got the franchises, the stadiums, the TV deals, all the control. If they choose to stick together, challenging as that can be with 30 different individuals in 30 different situations, there's no question they'd get their cap.

Remember, the union that once was considered the toughest in sports was that of the NHL. But a funny thing happened in 2004 when the hockey owners were sick of losing money, stuck together, waited out a bloody 18-month lockout and got their cap.

Fehr. Quietly working with a cap.

• If baseball had a cap, no one in Pittsburgh would know or care who Nutting is. Think about that.

• Not to pile on against the union. In this instance, they've got a very reasonable stance: Rob Manfred and the owners agreed to a compensation plan in March, and it involved prorated salaries based on games played. They signed on the dotted line. And they did so knowing full well the games could be played in empty stadiums.

Why'd they do that?

Yet another blemish for Manfred.

• Otherwise, the owners' proposal was wonderful: The 82-game season, the Central teams facing the other league's Central teams and so forth, the universal DH ... all of it seemed well-conceived. Definitely in favor. Get it done.

• On the other hand, the latest NHL leak regarding a 24-team Stanley Cup playoff field strikes me as weird and wildly unnecessary. It's not as if the 2019-20 regular season never happened. Roughly 7/8 of it's in the books forever, and it should be weighed through more than seeding.

Ten from each conference is fine.

• Say what one will about the NHL's many short-sighted shortcomings, particularly those of Gary Bettman, but they got their cap. And their league, and their 31 -- soon to be 32 -- member teams have never been healthier, regardless of market. It took a lockout, a lost Stanley Cup and a lot of long faces all through 2004, but it was worth it.

That stinks. Anywhere it happens, it's awful.

As I wrote a few days ago, all businesses, including sports franchises, have different circumstances. And speaking only for myself, I'll respect each for what it is. I've known David Morehouse for years, and I believe him when he says yesterday was "the most difficult thing I have ever had to do in my professional career." He's a good man.

But I'd be remiss if I didn't add this: Here's betting the Penguins' circumstances will be far better received publicly than how the Pirates and Nutting were panned -- a national raking over the coals -- for a comparatively much lesser move in pausing 401(k) matching. Here's betting not a soul will cite the individual worth of Mario Lemieux or Ron Burkle and expect them to pony up personal wealth into the business.

Nor should they. No owner anywhere does that.

• How's the NHL getting away with abject silence on the coronavirus front?

Every other league is seen to be planning, discussing, moving pieces ... and Bettman's seemingly waiting in New York to see what some other commissioner does.

Sure, hockey's got unique challenges, not least of which is bringing back players currently dispersed across the globe. But that doesn't prevent anyone from being a whole lot more visible through the process.

BREAKING: Major League Sports can resume after May 15 in Arizona.

... just as there will be business, commerce and recreation. Somewhere. It'll depend, fairly or otherwise, safe or otherwise, on which regions are open.

Dr. Anthony Fauci, who no longer requires an introduction, told NBC Sports this yesterday regarding the NFL's return this fall: “I think it’s feasible that negative testing players could play to an empty stadium. Is it guaranteed? No way ... There will be virus out there and you will know your players are negative at the time they step onto the field. You’re not endangering. Also, if the virus is so low that even in the general community the risk is low, then I could see filling a third of the stadium or half the stadium so people could be six feet apart. I mean, that’s something that is again feasible depending on the level of infection.”

OK, so maybe there will be fans at some stage. If you disagree, take it up with the nation's preeminent epidemiologist for the past four decades.

• Our partners at WPXI-TV put together a terrific little documentary on the coronavirus impact on sports, 'Game Changer,' and I'm seriously happy they asked me to play a small part in it. Check it out here.

• Ramon Foster worked his entire life, through blood and bruises ... for a chance to be on Morning Java:

Big man's finally made it.

So will we. We'll get there.

Share
Tweet
Email
Colbert praises Ben: ‘He could easily walk away’
Are 17 forwards too much of a good thing?