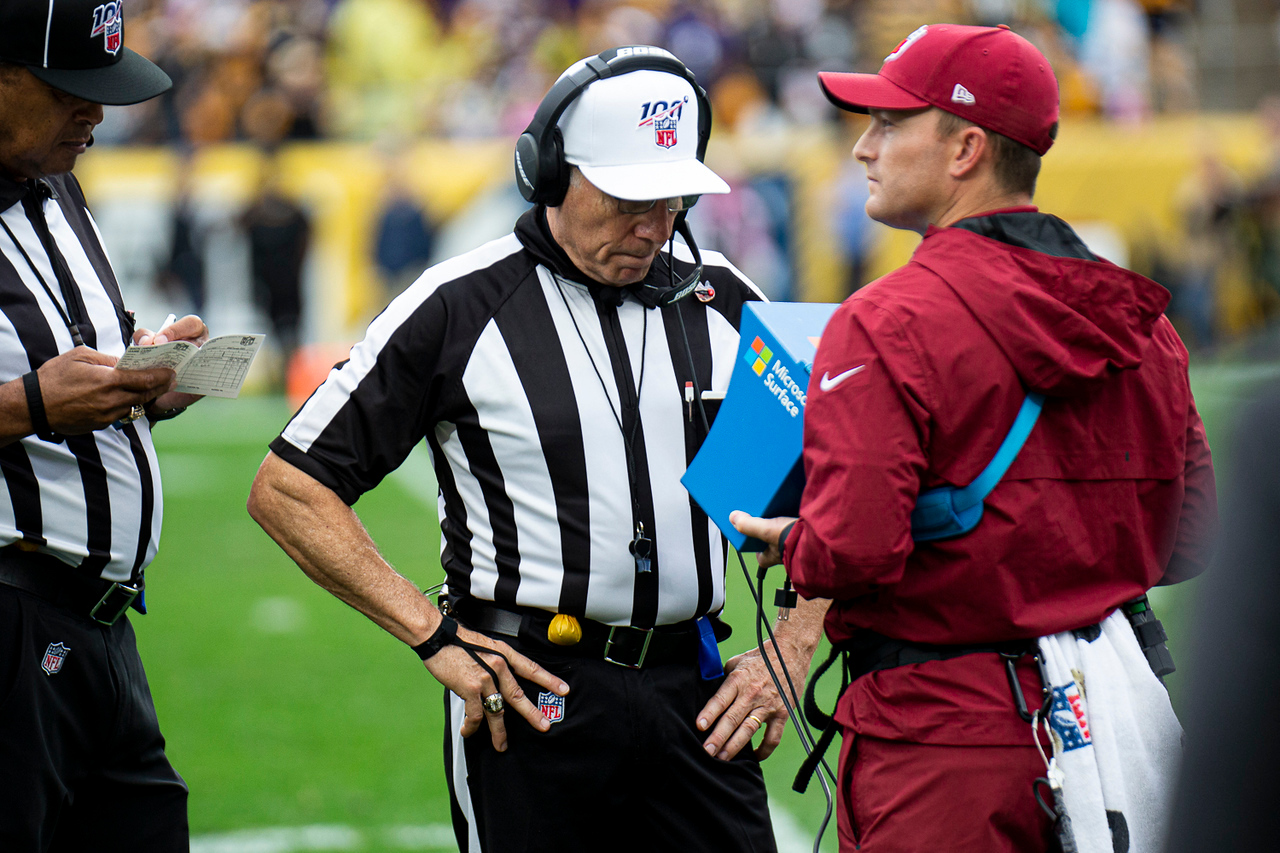 NFL owners will vote on a spate of new rule changes for implementation in the 2020 season, including the addition of a sky judge in the press box to help officials make calls and changes to the onside kick rule.

The owners will vote on the matters May 28 in a virtual meeting per NFL.com.

That sky judge would essentially help with replay calls in the stadium as the league continues to look for ways to streamline the process.

The sky judge could be used as a means to replace the ill-fated replay of pass interference penalties last season. The rule, which was in place on a test-run basis in 2019, caused a good deal of controversy and was not brought back for 2020.

The rule was employed in an uneven nature by vice president of officiating Al Riveron, causing multiple coaches to speak out in frustration over the course of the season.

The onside kick proposal is one put forth by the Eagles that would allow teams to maintain possession after scoring by successfully converting a fourth-and-15 play from their own 25-yard line. It would only be permitted to be done twice per game to keep teams from manipulating the rule.

That would replace the current onside kick rules that do not permit teams from loading up on one side of the ball or the other or have running starts on onside kicks. That has limited teams to recovering just 10.4 percent of onside kicks the past two seasons.

The final proposal owners on which owners will vote would be to cease allowing teams to manipulate the clock at the end of games by taking dead ball fouls while the clock is running. The Patriots used that ploy late last season against the Jets, then had it done against them in the playoffs by the Titans as a way to milk the clock without running a play.