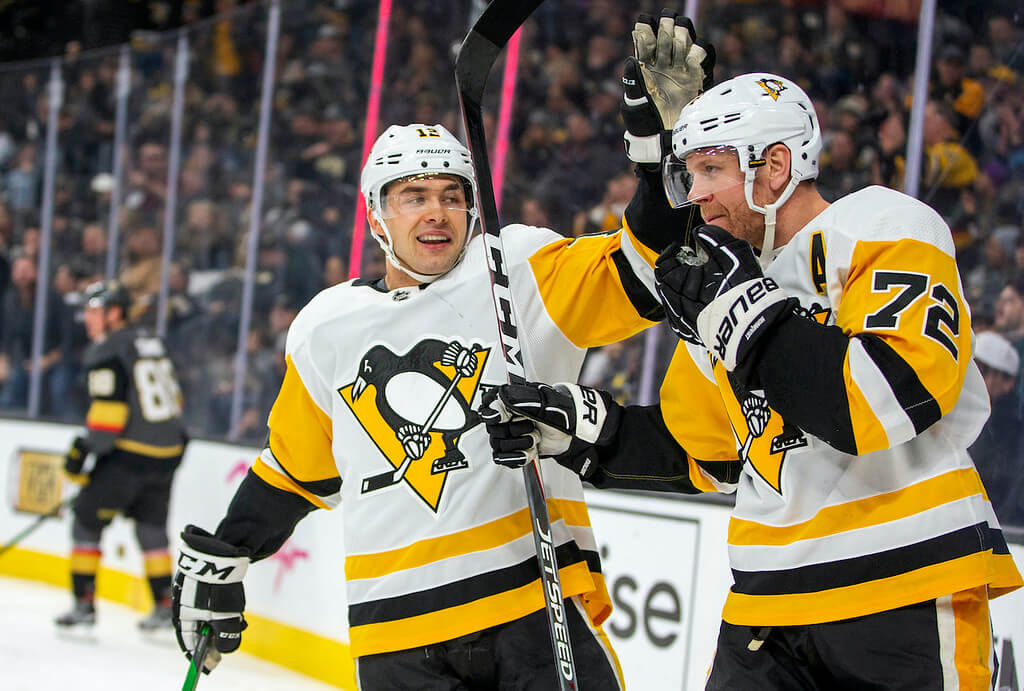 Simon, who remains in Pittsburgh during the shutdown, injured his left shoulder on Feb. 29 against the Sharks, and underwent successful surgery on April 29 to repair a torn labrum.

Simon was initially hoping to be able to be able to rehab his injury and be able to play when the season restarted. He said that playing through the injury would have restricted the movement in his shoulder a little, but that it's something "a lot of hockey players play with."

When it became clear that the NHL's shutdown wasn't ending any time soon, Simon decided to undergo the surgery now in hopes to be ready for the 2020-21 season.

"I realized that further delays would ruin my whole next season," he said in the Czech interview. "According to doctors, it will take up to seven months to recover from surgery at the end of April. Now there is no reason to hurry, I have had a month of rehabilitation and it is slowly improving. We have a super doctor over our shoulders."

Being healthy as early as possible for the 2020-21 season is crucial for Simon, because he will be a restricted free agent at the end of this season. Simon's contract this season carried a cap hit of $750,000, and he's not in a position to receive much of a raise on his next contract, especially given the expected tight salary cap situation for the 2020-21 season. Given his ability to fill in on all four lines at a low cost, the Penguins would presumably like him to re-sign.

Simon said he hasn't had any contract talks yet with Pittsburgh, but he hopes to stay.

"I want to stay 100 percent in the NHL and Pittsburgh," he said.