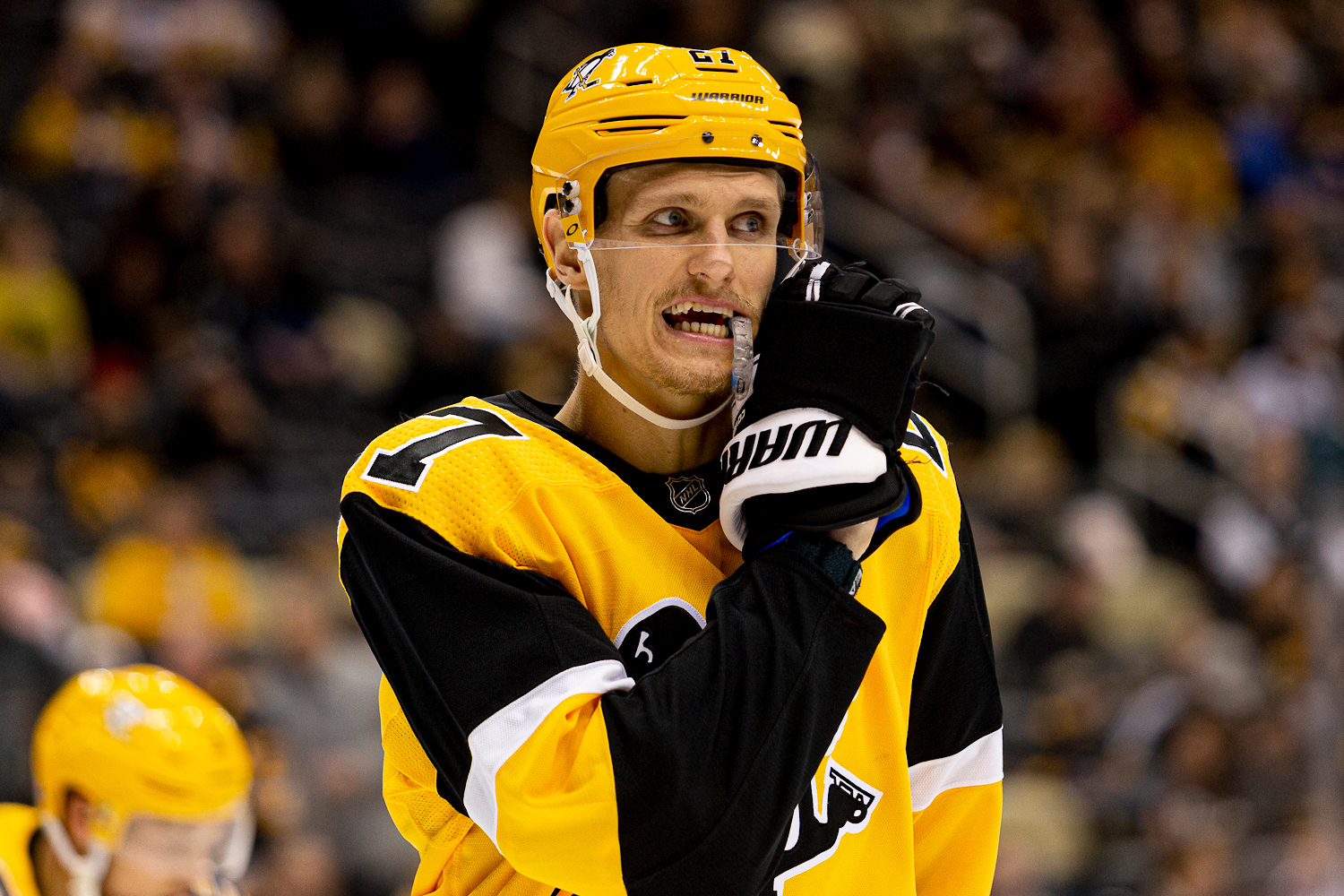 The Penguins haven't played a game in 2 1/2 months, and probably won't have another for at least a couple more.

Nonetheless, they suffered a loss Tuesday, when center Nick Bjugstad underwent what Jim Rutherford described as season-ending surgery to repair a herniated disc.

He faces a recovery period that will last "a minimum of eight weeks," according to a release issued by the team.

Bjugstad, who missed much of the 2019-20 season after undergoing core muscle surgery, sat out the Penguins' final game before the NHL suspended operations March 12 because of an unspecified "lower-body" injury.

He is the second Penguins forward to have his season ended by surgery during the past month; Dominik Simon had an operation on his shoulder April 29.

Not all of the injury-related news for the Penguins has been negative, though. Rutherford said winger Jake Guentzel, who had shoulder surgery Dec. 31, continues his rehab regimen and should be in the lineup if, as planned, games resume this summer.

"We're optimistic he will be available to play," Rutherford said, adding that "we feel good about the depth of our team."

If current projections hold, the Penguins will face Montreal in a best-of-five preliminary-round series in late July or early August, with the winner advancing to the standard 16-team Stanley Cup playoff field.

The Penguins had the fifth-best winning percentage in the Eastern Conference when the season went on hold, while the Canadiens finished 15 points behind them and were 12th in the conference.

Rutherford, though, cautioned against looking past the qualifying round to whatever might come after it.

"Montreal is a good team," he said. "They dealt with some adversity, the same way we did, with some key injuries. ... We all know that with the parity in the league now, that just because you're out of the top 16 (in the overall standings) doesn't mean you don't have a good team.

"It'll be a good matchup. The 24 teams that are in, any one of those teams can win a series. Playoffs are hard. Everybody knows that."

Rutherford volunteered that because the Penguins ranked seventh in the overall standings when the league paused, they were hoping to avoid being involved in that play-in round, but still praised the work league officials and representatives of the NHL Players' Association did to formulate a framework for resuming play.

"I think the league and the players did a good job under these circumstances," he said. "There's a lot of different things that come into making these decisions."

Rutherford has spent most of his working life in the NHL, as a player and executive, and is steeped in the history of the game.

Nonetheless, he said he has no qualms about delaying the start of the 2020-21 season, which conceivably might not begin until around the first of the year, because that should enhance chances of fans being able to attend games, something that's effectively been ruled out for this year's playoffs.

"The longer we delay it, the better," Rutherford said.

And while the Stanley Cup generally is claimed between Memorial Day and July 4, it will be closer to Labor Day when someone wraps up the championship this year.

An early-autumn Cup-clinching will be part of what almost everyone associated with the game, in any capacity, hopes will be a once-in-a-lifetime experience.

"It's not ideal," Rutherford said. "It's not the traditional way. But nothing is these days."