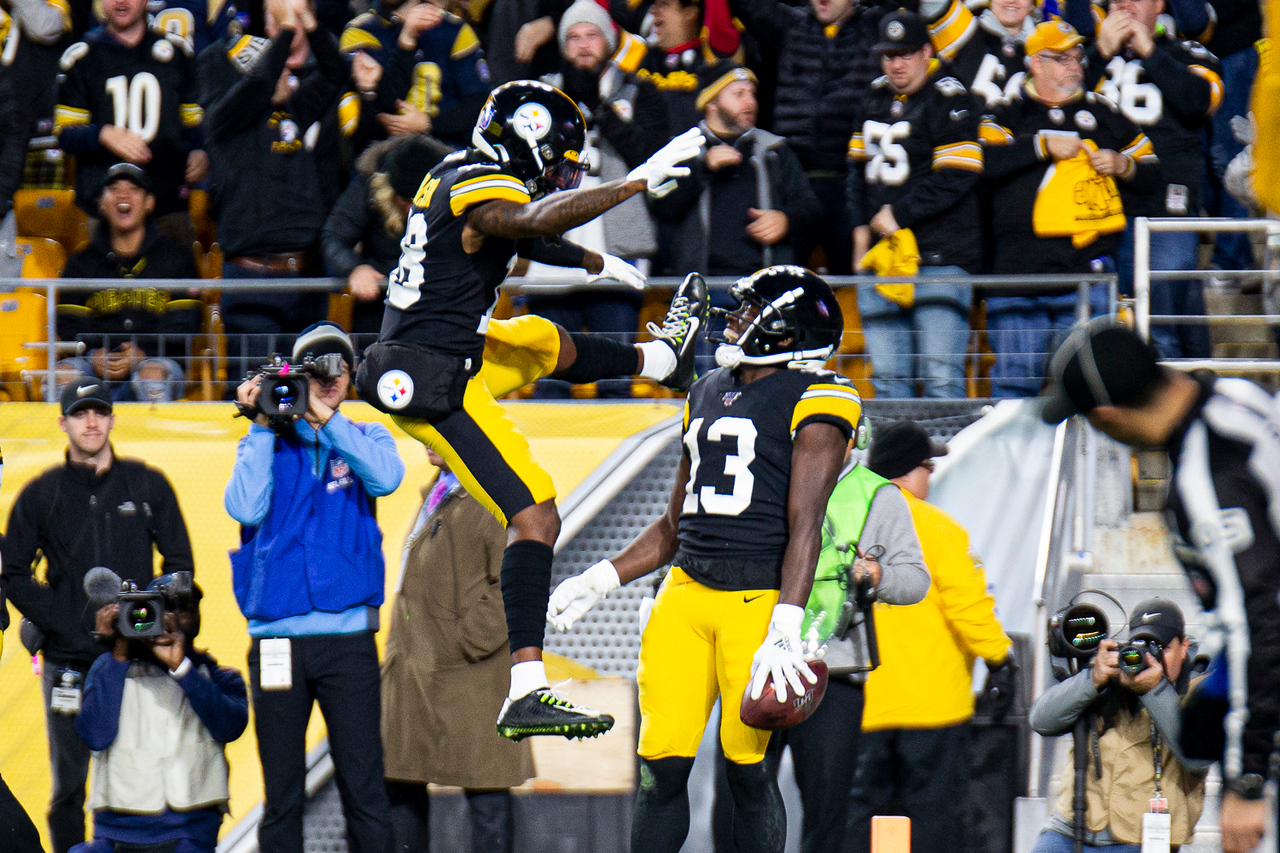 The Steelers, under the guidance of Kevin Colbert, could be considered a wide receiver factory. When you look at the receivers Colbert has drafted since he became the man calling the shots, as it pertains to scouting and drafting, the list is long and illustrious.

However, since the departure of Antonio Brown, the Steelers' receivers might not be the household names they once were. That doesn't mean they aren't on the verge of a major breakout, though. In fact, the main names on the wide receiver depth chart are all still on their initial rookie contracts, or in their first four years in the league.

Smith-Schuster has solidified himself as a well-known player in the NFL, but the rest of the above list — and this isn't every receiver on the Steelers' depth chart — is as green as it gets when it comes to experience.

Where does this young group, not to be confused with the "Young Money Crew," rank among the NFL's elite? Pro Football Focus recently ranked all 32 receiving corps, and the Steelers were in the bottom half of the league. Take a look at what they said about the unit, including their ranking:

Pittsburgh has a very young group of receivers. In terms of experience at the wide receiver position, JuJu Smith-Schuster is the elder statesman, and he’s not even 24 years old yet. There is talent here for sure, though. Diontae Johnson was listed as one of Sam Monson’s breakout candidates for 2020, coming in as one of the better young route-runners in the NFL. James Washington started to put things together towards the end of the season, as well, earning a receiving grade of 73.4 from Week 9 through the end of the season (28th among wide receivers). There is a fairly wide range of outcomes for this group in 2020, but the ceiling is there with a healthy Ben Roethlisberger."

The ceiling for this group certainly is high, but, as mentioned in the synopsis, a lot of the success of these receivers hinges on the health of Ben Roethlisberger. Will his surgically repaired elbow be able to make all of the throws necessary for an elite NFL quarterback? At this point, no one knows. Will there be rust from No. 7 as he returns from almost a complete year off after being injured in Week 2 last year? With the current state of sports, who knows when Roethlisberger will be back on a field with his teammates in an actual practice setting.

So, if the Steelers are ranked 18th in the league, who would encompass the Top 10? See if you agree with PFF's rankings:

What would need to take place for the Steelers to enter this upper echelon of receiving units? As mentioned earlier, Roethlisberger returning to full health is paramount, but players like Washington, who has never had a good rapport with Roethlisberger in his brief career, would have to take the next step in the maturation process. Johnson has been lauded as a budding star, but will he be able to live up to the hype? How will Randy Fichtner utilize Claypool as a rookie?

You might look at the Steelers' receivers and think there is a lot of work to do, but it is safe to say this unit could find its way into the Top 10 of this list, and others, before the season is said and done. The potential is there.

Now they just have to live up to it.