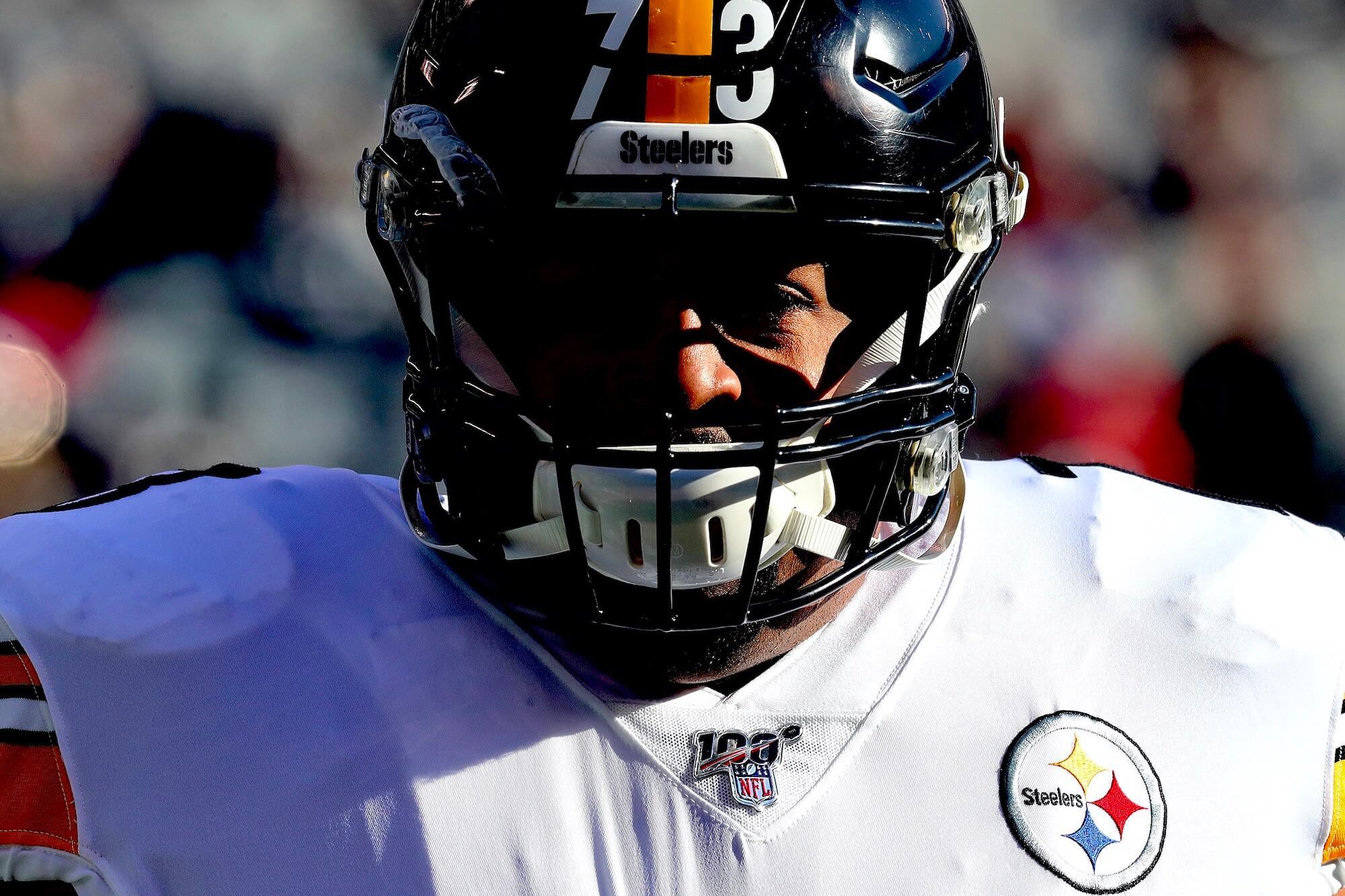 HENDERSONVILLE, Tenn. -- I've always viewed football as a safe haven from a lot of different issues. A place where I could release tension, feel better about everything.

As Mike Tomlin has always said, "When you come into this building, leave your outside issues where they are: Outside.”

Coach has always been sympathetic to world issues. But personal issues?

Not at work. Not into a game.

And that’s what I've always followed: Sports are an escape, for both the fans and the athletes out there competing. I always hear guys say in football, at any level, “I can legally hit someone and not go to jail! Sign me up!”

Yeah, that phrase is always spoken with a chuckle at the end, but it’s true. The game's supposed to be enjoyable. (Unless you’re losing or part of a losing culture, and feel free to inject whichever team you'd like into that latter group.) For the most part, the people who play those sports are simply labeled as an “athlete” and, when they're judged, it's for being great, good, lazy, legendary, whatever, but it's always about sports. Some might even wish a particular player gets hurt, but even there, I get it.

Since 2013, at the end of every season, I make the drive from my apartment in Pittsburgh to my home in Tennessee. It's a trip I've broken down in my mind time and time again. I even have a system of how I tackle it mentally. It's Pittsburgh to Columbus, Columbus to Cincinnati, Cincinnati to Hendersonville, Tenn., where I live in the offseason. It's a drive I enjoy, actually. I get time to listen to a few albums or a podcast I might've been saving, maybe clear my thoughts about the season, maybe answer questions about what's next, maybe make phone calls to family members, friends.

But before I get behind that wheel, I always say a prayer. And think out a plan for certain situations that could arise.

In one such situation, I was in a black Ford truck with tinted windows. I had my 110-pound Rottweiler in the back seat, and my back cab was filled with clothes and other items I have to bring back here. Included also were my three pistols — a .45 caliber Glock, a .40 caliber Glock and a .45 caliber 1911 Kimber that I try to get to the gun range and shoot when I have free time — locked in my safe in the middle console of my truck. All are legally owned and registered, along with my gun license.

Now, add me into the mix: A 6-foot-6, 300-plus-pound black guy. You guys might know me as a “gentle giant” off the field. But while driving through Kentucky, Ohio and even Tennessee, that might not be the same perception.

My plan if I’m stopped: Let down all my windows, alert the police officer of my dog in the back seat, my pistols in my safe in the middle console, and attempt to grab my wallet and show insurance, all while hoping that this will be a typical stop.

I know some might say, “Just do as you’re told.” But as we've all seen, sometimes that isn’t enough. As I type this sentence, right now, my hands are jittery with playing that scene out through my head.

That shouldn’t be the way I have to plan an eight-hour drive from Pittsburgh to Tennessee.

With the lack of sports, we've seen some things on the news that we can’t cover up through a constant circulation of the latest scores, highlights and interviews. Essentially, the world is at a standstill, it feels, without sports on a daily basis. And we're all forced to face realities that most of us don’t see or sometimes get washed away because we're entertained through other avenues.

Another time our sports world was brought to a halt to face some real-life issues dates back to Steelers vs. Bears game at Soldier Field, Sept. 24, 2017.

I tell everyone that was the first time in my life where an outside entity affected the game I love, other than the sudden death of my mom at age 49, days before training camp in 2014. In the NFL, guys aren’t labeled as black, white, Hispanic, etc., and racism isn’t supposed to be involved, and you’re not supposed to be called “SOBs” in front of the world. Our team meeting the night before, at our Chicago hotel, had a dark cloud over it. The post-team meeting, with just a few of us, was even darker. Guys were really mad, agitated, and some others had no idea about why guys felt that way and, as a result, tried to achieve a better understanding. Honestly, we were doomed from the get-go of that weekend, and pictures from that week's games bled into the next week's games and, worse, opened up new wounds.

These past few days, we as Americans have been exposed to not-so-new wounds. And I say not-so-new because the public killing of black people has been happening for a long, long time. Now, though, a pandemic has stopped everything else. Now, we all can see these things happen in front of us. Now, it's unavoidable.

The death of George Floyd a week ago at the hands of a Minneapolis police officer was a senseless act by someone who’s supposed to protect and serve his community. Imagine someone pressing their knee into your neck for 8 minutes, 46 seconds — and for two of those minutes you’re already dead.

In Louisville two months ago, the police kicked in the apartment door of Breonna Taylor, an emergency room technician, and shot her eight times while she lay in her bed. They found no drugs or money in her apartment and, in fact, the police already had their suspect in custody in another location. She died in her nightclothes, innocent and harmless. Imagine your wife, sister, cousin or girlfriend in that situation.

This isn’t an attack on good law enforcement, because I have partnered with the Pittsburgh Police Department and donated riot control horses, along with my teammate Maurkice Pouncey. This is a wakeup call to say we all can't sit back and allow these things to happen to people of color.

Seeing a 300-pound defensive lineman doesn’t scare me as much as having to send my young black boys into this world when they get older. My 11-year-old son is currently 5-foot-10, and it's clear he will be a big person, as will my 8-year-old son. I pray they aren’t mistaken for a threat because of their size and the color of their skin.

I've had talks with them about what they can and can’t do because they will be judged differently than their white friends. They both play baseball, where they're minorities on their team, and I've had to tell them, “None of your teammates or opponents are to call you the N-word in a joking manner or at all. And if they do, you tell me immediately." That shouldn’t be a talk I have to have with my kids in any setting, much less a sports setting.

I have a rule already in place for my sons when they get older: They won’t be allowed to have tinted windows or to drive with more than four people in the car. Because I don’t want them to be considered a threat while doing something most Americans simply just do on a daily basis.

The color of your skin is something you’re born with. You can’t change it. So why do we hate something that God has given us all to be uniquely different? We are a nation united. This should affect us all to expose hate, racism and bigotry at all levels, not just when it's convenient. Don’t judge people by the color of their skin or because they’re different than you are.

It’s simple with me: Either you are good or you are bad and, sure enough, your actions will show that.