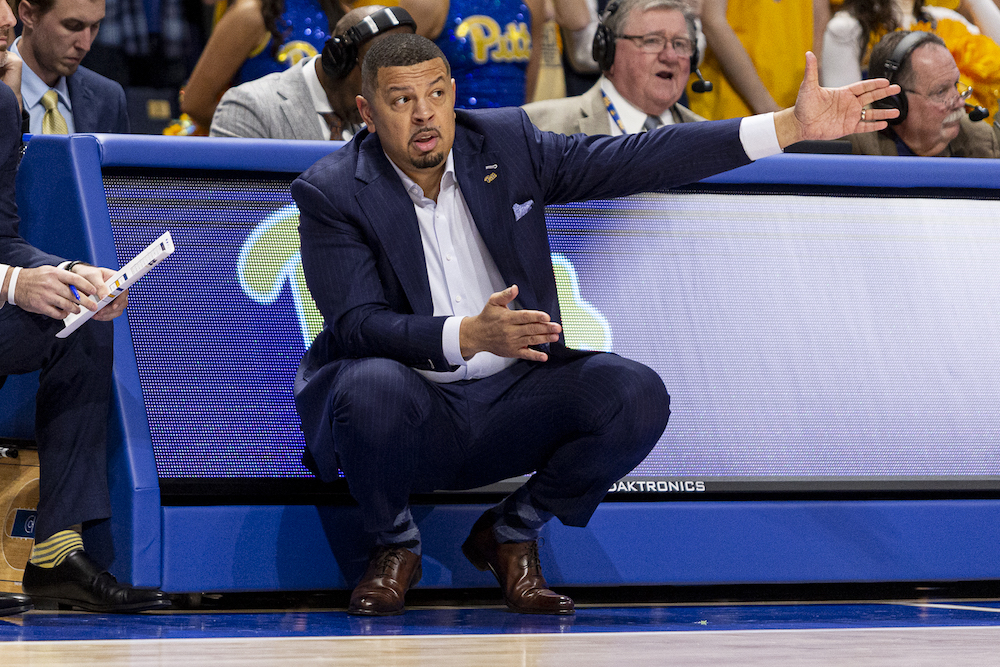 When the clock struck midnight, college basketball coaches were permitted to contact players from the Class of 2022.

And it appears Pitt head coach Jeff Capel had a busy night.

He was one of my highlighted 2022’s from this weekend.https://t.co/lbrEKqZ0A5

Blessed to receive a offer from university of pittsburgh 💛💙 pic.twitter.com/PslBaY224C

Pitt also reached out to Dereck Lively II, a 6-foot-11 center from Bellefonte, Pa., who plays for Westtown School, where he was a teammate of incoming Panthers freshman Noah Collier. Lively along with another pair from Pennsylvania -- shooting guards Chance Westry and Justice Williams -- received offers.

The 6-5 Westry received offers Monday from Miami, Georgia, Nebraska, Auburn, Pitt, Louisville and Virginia. Williams, who plays at Roman Catholic in Phialdelphia, also has offers from Villanova, Connecticut, Auburn, Virginia Tech among others.

Point guards also are a focus for Pitt, as five-star Jaden Bradley was contacted. The 6-3 Bradley is Rivals' No. 8 recruit in the Class of 2022 and holds 26 offers, including Pitt. Christian Wilson, a 6-7 wing, also heard from Pitt.

Capel got an early jump on the Class of 2022 when Jalen Hood-Schifino committed to the Panthers in December. Hood-Schifino, who was downgraded from a five-star to a four-star prospect by Rivals in January, is a former Penn Hills athlete who plays at Combine Academy in Charlotte, North Carolina. Ranked No. 34 nationally by Rivals, the 6-4 guard is Pitt's highest rated recruit since 7-foot center Steven Adams in 2012.

Size, shooting and guard depth are big needs for the Panthers, and the coaching staff will attempt its best to address those needs in the Class of 2021.

And while Capel and company addressed size by bring in the 6-8 Collier, four-star big man John Hugley (another 6-8 post player) and 6-10 power forward Max Amadasun for the upcoming season, Pitt's early targets for the Class of 2022 show size remains a priority -- as it should.