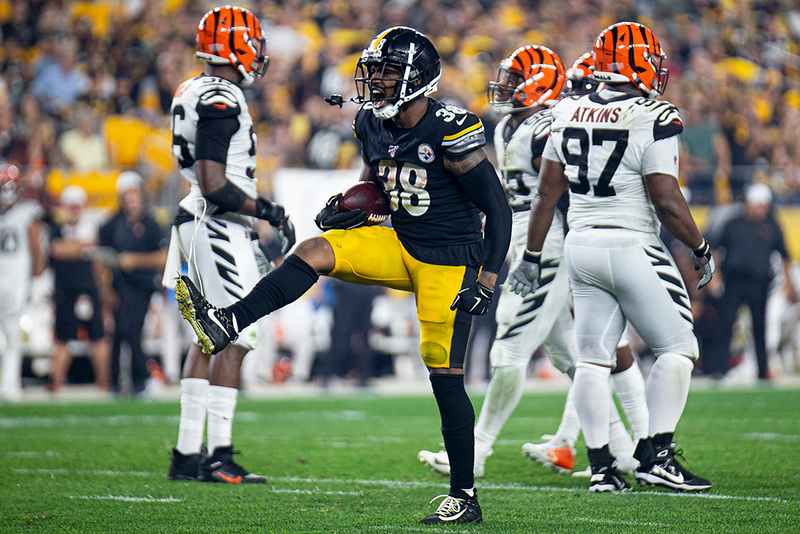 Let's get something straight: Mike Tomlin does not like a running back-by-committee approach.

Never has, and likely never will.

Whether it was running the wheels off Willie Parker, watching Le'Veon Bell be an every down back or James Conner being the primary ball carrier when healthy, any way you slice it, Tomlin likes to have a back he can trust, and lean on, when it matters most.

As stated earlier, Conner is the man for the Steelers' offense, but his injury history forces fans to wonder what will happen if, or when, Conner is sidelined. When you look at the players on the depth chart, it does anything but give you the warm, fuzzy feeling. But first, let's look at the players who make up the Steelers' running back depth chart.

Conner, a Pro Bowl player in 2018 during Bell's holdout, has proven if he is healthy he is more than capable of getting the job done. After Conner, not much is certain.

Fans remember Samuels for his incredible game against the Patriots in 2018, but last season he gained only 175 yards and one touchdown. Samuels did deal with an injury last year, but his only production came out of the wildcat formation.

Snell dealt with his own injury during his rookie season and finished the year with 426 yards on 108 carries. Hardly earth-shattering statistics, and if you are like me, you are wondering how the organization views Snell if they went and drafted a running back in the 2020 NFL Draft. Snell did show the ability to get the tough yards, but his rookie season, like many rookie runners in the NFL, was less than inspiring.

Whyte was picked up in the middle of the season off the Bears' practice squad with the Steelers' running back position decimated with injuries. Whyte served multiple roles on the team, as a kickoff return man as well as a situational running back. His speed was evident as he rushed for 122 yards on 54 carries, a 5.1 average. Whyte was able to provide a splash for the offense, but him claiming a roster spot in 2020 is anything but certain.

Edmunds' stat line of 92 yards on 22 carries makes his 4.2 yards per carry average look outstanding, but fans should remember 45 of his 92 yards rushing came on one carry vs. the Colts in Week 9. Outside of that run, Edmunds is more of a special teams player than an option at running back.

Webb spent a majority of the 2019 season on the Steelers' practice squad, and seems destined to be an outlier in this discussion.

This brings us to rookie, and former Maryland running back, McFarland.

McFarland is known for his break-away speed and slashing style which can help give the Steelers' running game a unique look. But how much can fans expect of a running back who will be without minicamps and OTAs?

The Steelers have plenty of bodies at the running back position, but capable bodies is a different story. Matt Canada's unique connection with Samuels, McFarland and Conner will be an intriguing story line to watch, but the fact remains Tomlin has shown little interest in a committee approach to the position.

How will this play out if everyone stays healthy? Who will make the team and who will be on the outside looking in? It is never too early to make an educated guess on the matter.

Conner, Snell and McFarland are locks to make the team, in my opinion. The team would never throw up the white flag of surrender on a rookie and second-year player. If I am following that logic, it would shock me to see Samuels not make the team in 2020.

With those four players in, who is out? It all depends how many running backs the team wants to keep on the roster. The Steelers usually go into a season with three backs, but finished the 2019 season with five. The more players can do will help their cause in making the team, but I don't see them keeping any players other than the four listed above. This would mean the end of the road for Whyte, Webb and even Edmunds.

A lot can change between now and the start of the season, but an injury at the top of the running back food chain will leave nothing but uncertainty behind it.