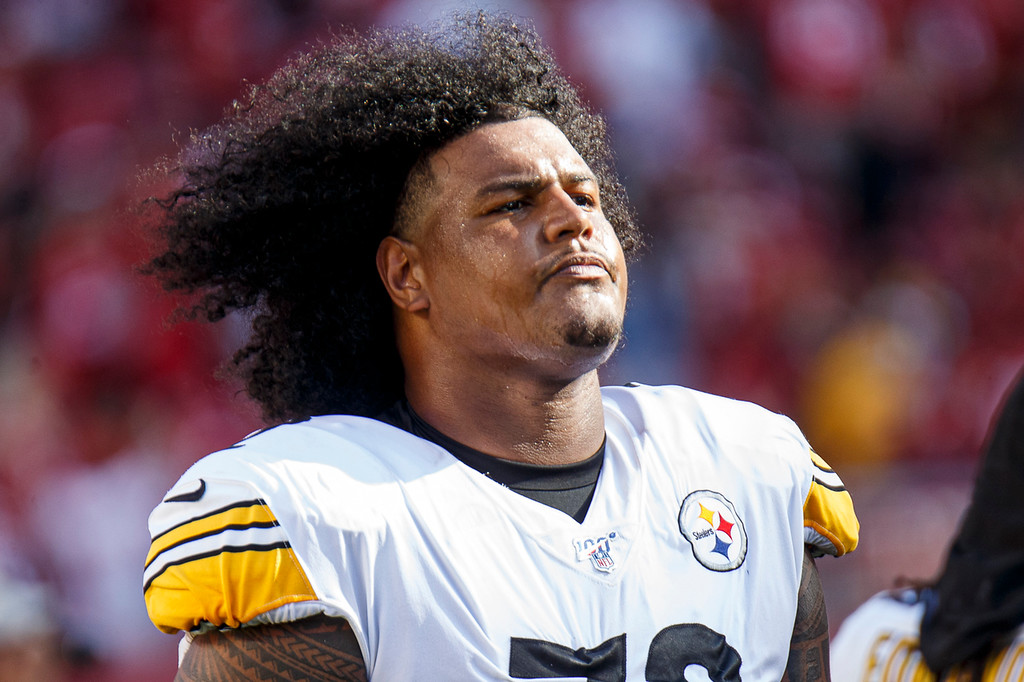 HENDERSONVILLE, Tenn. -- It never comes as a shock.

When I’m in a public venue and I'm spotted, it's easy to assume I played football or some sport at some level. That's especially true around a crowd of people at those places we used to visit -- bars, concert venues, restaurants -- before the world was sat on its behind by this coronavirus pandemic.

It might sound hard to believe, but I try to blend in as much as I can, or at least to avoid eye contact. Because I know that question is coming.

Not that I mind those types of walk-ups. I realize it comes with the territory, and most guys would love to be my height or to be a professional athlete. And hey, size is an attribute that’s easy to measure. If you’re looking for a significant other to start a family with, it could be a dealbreaker. Sad but true.

But this isn’t a column about height or being a big guy. It’s about something that took me a while to realize is an actual talent: Mental toughness!

I never considered that a “talent.” I just had the mindset I was going to do everything I could to stick around and be “above the line” -- as Tomlin likes to say -- with my performance and not let my teammates down. It hadn’t clicked with me that it helped separate me from others.

I’ll tell anyone: I wasn’t the fastest. I was strong but not the strongest. I am quick within 10 yards, but I’m probably never running the 100-meter dash. (I say that with a smirk because if challenged, I would do it.)

The player I learned to be as a professional changed when I started watching more film. I found out more about who I was on the field, what my opponent wanted to do to beat me, and I studied defensive players' strengths and deficiencies. I knew I had to minimize my exposure for allowing a bad play during a game or practice.

For this column, I asked Kelvin Beachum, my former teammate on the Steelers' offensive line and a good brother of mine: When did he realize the game was more mental than physical?

“My second year in college is when I started to understand the difference in learning the game,” Beachum said.

Beachum said that understanding helped cultivate him into a better player because he learned to use his natural abilities and his hard work. I think we all can agree having mental toughness has helped him carve out a nice career -- 99 starts in eight NFL seasons, including 2012-15 with the Steelers.

Before I could ask him my next question about beating out more talented guys because of his mental toughness, he exclaimed, “Without a question!”

I didn’t even have to finish my question.

Beachum beat those guys out for roster spots because he wasn’t willing to quit, and he didn't have a trace of doubt within him. I think people would be amazed at the amount of talent that comes through the doors of NFL facilities, and how many of those guys never hit the field or make the 53-man roster.

Another guy who comes to mind is someone every Steelers fan loves: Zach Banner.

This 6-foot-8, 26-year-old tackle has found a way to carve a lane for himself in the past couple of years, but it hasn’t come without a price. Pittsburgh is his fourth NFL stop. Again, size isn’t the issue for most people, whether vertically challenged or 6-foot-4 and up. It's the realization of what needs to be done to succeed.

“When I used to go through the good, bad or stressful ups and downs of college and the draft training, I would eat," Banner told me this week. "Some people use drugs and alcohol. Mine was food. It didn’t hit me that I needed to change my mentality until I was released by the Colts.”

That was in 2017, the same year Indianapolis drafted Banner in the fourth round. He faced some adversity and, if he didn't change, his dreams and goals of playing in the NFL were in jeopardy because of a mindset or a lack of detail in areas that didn’t even involve on-field performance.

He added, “At the end of my rookie season, I went back to Los Angeles and just dove into being a professional athlete 100 percent of the time. Barely seeing family and friends, trying to make everything count. Since then, every offseason has been that model.”

Achieving that success, then making it last, comes down to a few things. Everyone has talent, but the two things I treasure are work ethic and mental toughness. Ask any player, and they'll tell you the same: Having speed and the ability to stop on a dime while running a crisp route for an 85-yard touchdown, or pulling on the edge of the line of scrimmage the way Alan Faneca did for Willie Parker in Super Bowl XL is valuable, but the foundation is the mental toughness.