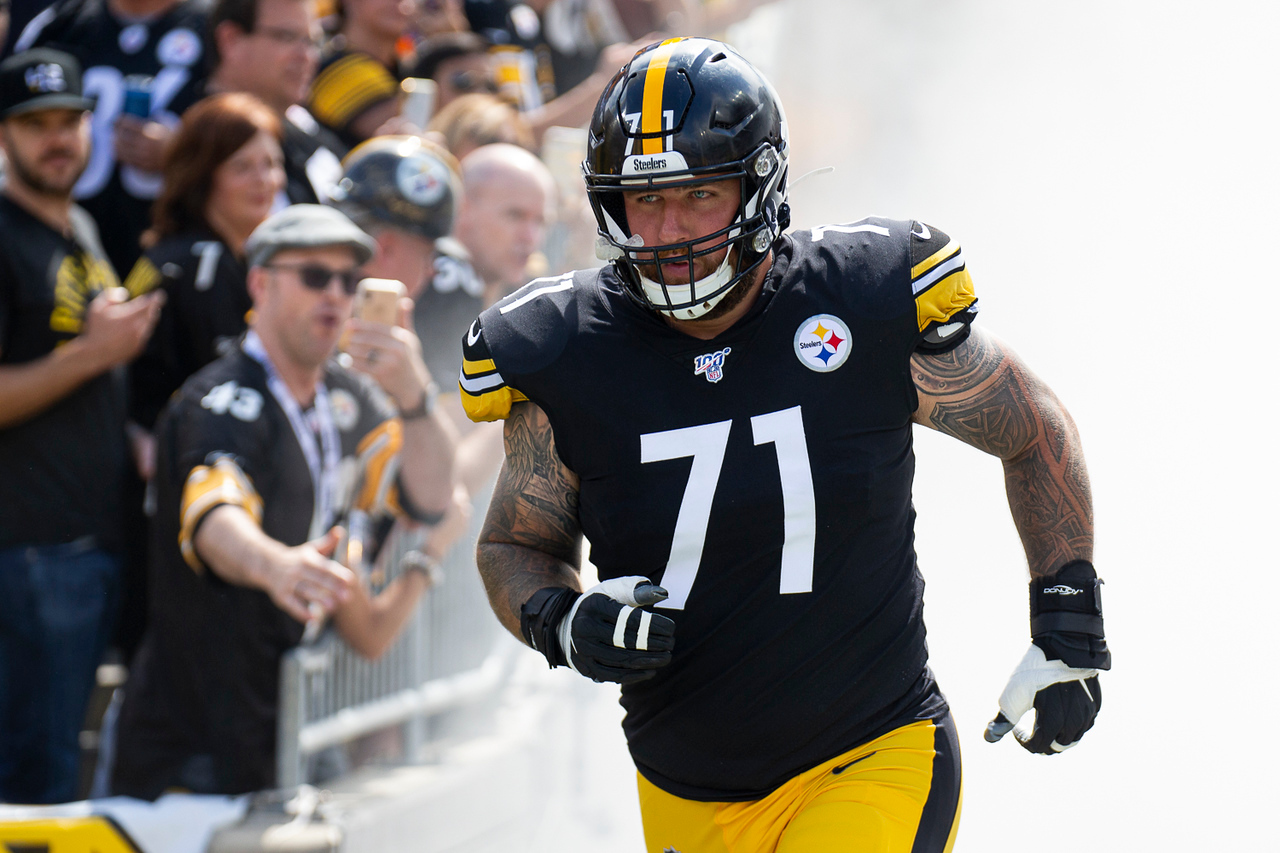 Mike Tomlin is usually a guy who likes to keep his cards close to his vest.

But the current situation in the NFL -- and country in general -- are hardly typical.

As such, Tomlin made an unusual announcement in a virtual press conference Tuesday with members of the media. He announced what the team's initial plans will be at the two open spots on the Steelers' roster when it opens training camp at Heinz Field in another month or so.

Matt Feiler, who has started most of the past two seasons at right tackle, will line up at left guard in place of Ramon Foster, who retired earlier this year. That will allow Zach Banner and Chuks Okorafor to battle at right tackle. And, as expected, veteran Tyson Alualu will get the first opportunity to line up at nose tackle to replace Javon Hargrave, who left in free agency and signed with the Eagles.

"With the lack of opportunity for learning in the offseason and teaching, we're acknowledging as a staff that we've got to make some quick decisions, and then kind of roll from there," Tomlin said.

"We don't have time to mess around in this environment. We lost 900 snaps, like everybody did with the virtual offseason. So you've got to give the benefit of the doubt to people who have been here, at least as a basis to begin. That's the way we're going to begin the training camp process, knowing that the training camp process is going to be an abbreviated one. Those that have experience and have been a part of this thing are probably going to have a leg up just as a basis to begin."

The Steelers signed veteran Stefen Wisniewski and selected Kevin Dotson in the fourth round of the draft to help offset the loss of Foster, a mainstay on the line for the past decade. But Feiler, who previously had served as the team's backup at guard and tackle before starting the past two seasons at right tackle, has the most experience with the team.

Tomlin also said he's comfortable with the experience of Banner and Okorafor in the team's system, which is why he's prepared to initially go with those two battling at right tackle. Despite being new to the Steelers, Wisniewski has appeared in 134 career games, making 103 starts.

Banner has started one game in two seasons with the Steelers, doing that as a tackle eligible player. He's never played more than 25 snaps in a game, serving mostly as a blocking tight end. Okorafor, meanwhile, has started four games in two seasons since the Steelers selected him in the third round of the 2018 draft.

"Those young tackles, Zach Banner and Chuks, have been here and have played," Tomlin said. "The combination of those guys provides the most experience for us. That's probably the appropriate place to begin."

The same goes for the nose tackle position.

Alualu has played at nose sparingly in three seasons with the Steelers after joining the team as a free agent in 2017. But the former first-round pick of the Jaguars has appeared in 157 career games, making 99 starts, including 12 with the Steelers.

But veteran Daniel McCullers also will be in the mix, while the Steelers have several young players, including 2020 seventh-round draft pick Carlos Davis and Henry Mondeaux, who spent the 2019 season on the practice squad, who will get looks there.

"Tyson is a veteran football player that has been here, knows how to play the game," Tomlin said. "He and Dan will start, but he'll probably take the first snap based on the things I have talked about based on current circumstances. We'll go from there. We'll have a hard-core plan but be light on our feet and ready to adjust based on what it is that we see."

Like all other teams, the Steelers haven't had a chance to look at their current 2020 roster on a football field because of the coronavirus shutdown. Offseason training has taken place via virtual meetings.

That means players who are new to the system or the NFL are behind players who have been with a team longer in terms of learning the new scheme.

The NFL is expected to announce the week of July 4 what its plans will be for reopening team facilities and allowing players to return. Tomlin said Tuesday that Steelers tested positive for coronavirus earlier this year. Because of those concerns, the league already has told teams they cannot hold training camps outside of team facilities. And there has been speculation the preseason could be cut down to lessen the chances for further infections and allow players who did not get offseason training to get additional work in before playing games.

The Steelers already canceled their training camp at Saint Vincent College and will hold the majority of their workouts at Heinz Field.

But the opportunities for the coaching staff to evaluate players will be far less than in a normal season.

"No question that we as coaches are going to have less tools for the evaluation process just in terms of volume, the number of snaps will be significantly less," Tomlin said. "You have to also acknowledge that there's an element of teaching that has been lost in the virtual offseason and could affect the competition, at least at the initial stages.

"The big thing is that we have to leave the door open for viable men and those men have to move quickly in terms of developing an understanding and displaying that understanding. There's going to be big-time urgency in that regard. But it will be urgency that will be felt globally. There will be challenges for all 32. From that standpoint, it will be competitively fair."