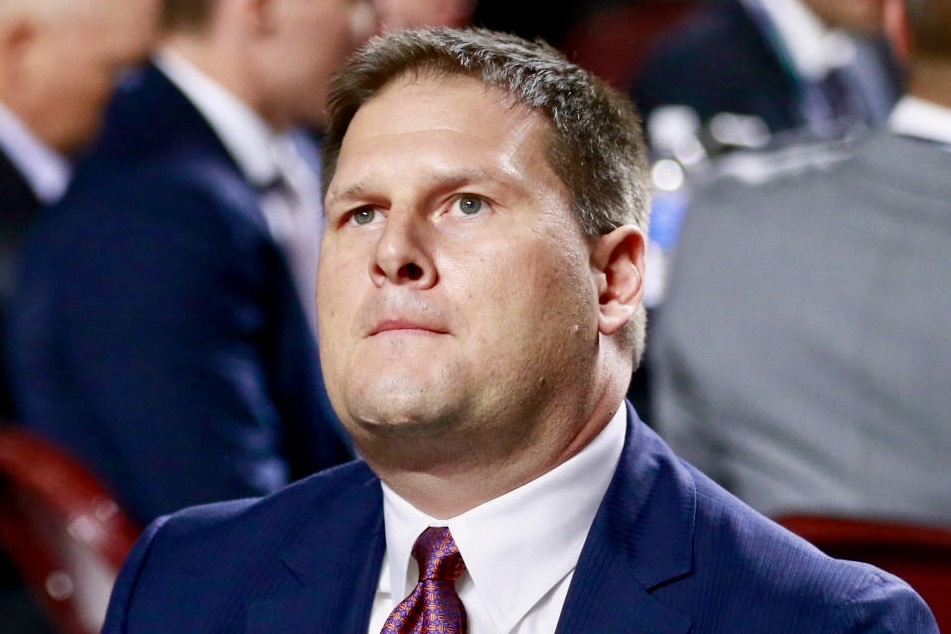 Jason Botterill didn't get stupid during the past three years.

And now that he is out of work, Botterill would be a quality addition to any NHL front office.

Which means that when operations in the NHL return to some degree of normalcy -- and when teams have revenue coming in that allows them to justify taking on additional management contracts -- the Penguins should do everything possible to lure him back to theirs.

When Buffalo hired Botterill away from the Penguins, with whom he was associate GM and Jim Rutherford's likely successor, in 2017, he was one of the most highly regarded young executives in the game.

Botterill was a salary-cap savant and had helped to keep the Penguins' American Hockey League affiliate in Wilkes-Barre, where he served as GM, a perennial playoff club, despite a consistent lack of early-round draft choices moving through the organizational pipeline.

And the positive impressions he made during his tenure with the Penguins clearly have endured through his time in Buffalo.

"I have as much respect for Jason as an individual, and as a hockey person, as anybody in the league," Rutherford said Wednesday. "My time working with him was really good."

Chances are that most sentiments in Buffalo about Botterill's performance there aren't nearly as effusive.

Just as it's likely that when he was fired by the Sabres last week -- or, more to the point, when he was freed from his obligations to the dysfunctional clown show into which that organization has deteriorated -- Botterill had more regrets than accomplishments.

He had been brought in to rebuild an operation that had been all but strip-mined of big-time talent and depth, a task that takes time and patience and money. Terry and Kim Pegula, who own the franchise, have a seemingly endless supply of the latter, but given how often they've changed coaches and GMs since buying the team, their collective patience rivals the attention span of a gnat.

Mind you, it's completely understandable that Buffalo's fan base would have exhausted its patience long ago while waiting for the Sabres to make another appearance in the Stanley Cup playoffs, which carbon-dated records suggest hasn't occurred since circa 2011. (No, not 2011 B.C.)

Heck, Sabres partisans are to be forgiven for suspecting their club's most latest trip to the postseason coincided with the Bills' most recent Super Bowl victory which, of course, never happened.

Fans are allowed, perhaps even expected, to have unreasonable expectations for the teams in which they are emotionally invested, regardless of who the key decision-makers are, or how long they have had the job.

None of this is to suggest that Botterill's blueprint for constructing a contender was proceeding precisely the way he hoped, because not all of his major moves worked out as planned.

Botterill has been harshly criticized for not getting an adequate return (a first-round draft choice in 2019, a second-rounder in 2021 and forwards Vladimir Sobotka, Patrik Berglund and Tage Thompson) from St. Louis when he traded Ryan O'Reilly to the Blues in 2018, although there's evidence that O'Reilly undercut Botterill's leverage by making it known in some circles that he wanted to change teams.

And while his acquisition of Jeff Skinner from Carolina inspired considerable praise, Botterill subsequently re-signed Skinner to an eight-year, $72 million contract that did not yield the expected return, in terms of production. As the 2019-20 trade deadline approached, Botterill was skewered for trading defenseman Marco Scandella to Montreal prematurely, then passing along the draft choice obtained in that deal to Calgary for Michael Frolik, who contributed little in Buffalo.

The hard truth, though, is every GM who makes moves is going to make mistakes.

The best do it less often than the rest, but anybody who makes personnel decisions for a living is going to have some blemishes on his or her record.

Consider some of the transactions overseen by a couple of the most successful general managers in Penguins history.

Both moves made perfect sense when they were made -- the Penguins were desperate for the toughness they thought Stojanov could provide, and Brassard seemed like an ideal fit as their No. 3 center -- but neither worked out as projected. Or anywhere near it, for that matter.

If a GM never does anything wrong, chances are he's not doing anything at all.

Botterill has two years remaining on his contract with Buffalo, which means the Pegulas would have to relinquish their rights to him before he could take a job elsewhere, and Botterill might well welcome a little time away from the pressures of his line of work.

At the very least, he has the luxury of assessing any job offers that come his way, and it's entirely possible that now that he has been the guy running the hockey operations for a team, Botterill wouldn't be interested in serving as anything less than a GM.

That would be completely understandable.

But even though Rutherford has done nothing to indicate he plans to retire anytime soon, he is 71 years old and will be stepping aside at some point.

Botterill was being groomed to replace him during Rutherford's first few seasons with the Penguins and, while management seems quite satisfied with the performance of assistant GM Jason Karmanos, there's no reason that Botterill couldn't take on the heir apparent role again.

Especially now that he has those three years of experience.