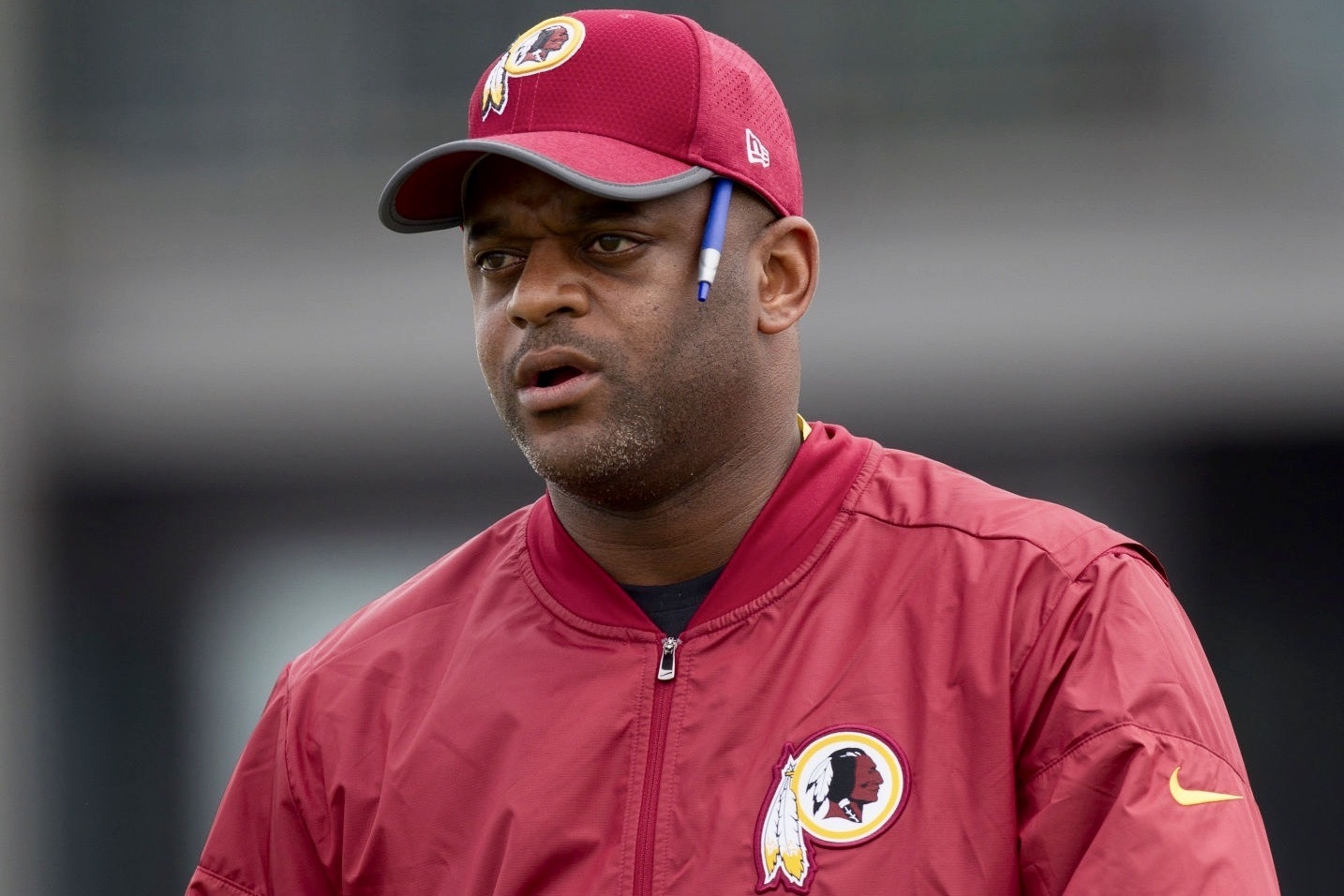 The Steelers' wide receivers have had a forgettable calendar year, there is no other way to put it. Almost one year ago during training camp at Saint Vincent College, wide receivers coach Darryl Drake was found dead in his dorm room.

The shocking news wrecked the receiving corps, leaving the offense reeling in the final days of camp. What happened after was Ray Sherman tasked with being an interim coach, JuJu Smith-Schuster, Ryan Switzer and Diontae Johnson battled injuries and Donte Moncrief went down as one of the worst free agent acquisitions in team history.

Offensively, the Steelers stumbled throughout the 2019 season, and this past offseason the team addressed the vacancy on their coaching staff by hiring Ike Hilliard.

Hilliard’s coaching experience started as an assistant wide receivers coach with the Dolphins in 2011, but in 2012 Hilliard was brought in as a wide receivers coach under Mike Shanahan and the Redskins. But 2013 saw him leave Washington and head to the Bills with the same position title. In 2014 he came back to the nation’s capital under Jay Gruden, and stayed there through the 2019 season. During the 2019 season, Hilliard helped to develop a group of rookie wide receivers which included Terry McLaurin, Kelvin Harmon and Steven Sims.

Another aspect of Hilliard's style is he doesn't just have experience coaching, but he was a tremendous player in the NFL.

Drafted as the seventh selection overall in the 1997 draft by the Giants, Hilliard played eight seasons in New York where he caught 30 touchdowns. Hilliard finished his playing career in Tampa Bay where he played four seasons and added another eight touchdowns. Hilliard might be best known for his 10 reception, 155 yard, and two touchdown performance in the 2000 NFC Championship game.

So, what kind of impression has Hilliard made on the team's current crop of receivers? Even if it hasn't been in person due to the coronavirus pandemic? James Washington has given the new coach passing grades in his first interactions with Hilliard.

"What I really enjoyed about it was the first time he called he didn't call to talk about football," Washington told Teresa Varley of Steelers.com. "He called to talk about family and try to help me understand the kind of person he is. Coach (Darryl) Drake was one of my favorite coaches. The thing about him is I feel like Coach Ike is kind of like Coach Drake.

"He seems like a family man first, and then a football coach. I feel like he really cares about the player. He wants the best for us. He isn't just there for the job. He wants to make sure we are good men and good players."

Any comparison Hilliard has to Drake is a tremendous sign. Drake was not just well-known for his coaching ability, but also his knack to connect with players to get the best out of them both on and off the field.

"It was a rollercoaster for sure from the get-go," said Washington said about last season. "Keeping Coach Drake in our minds helped us keep that faith and maintain a competitive attitude all last season."

For Hilliard, his first impressions are about more than football, they are about developing connections.

"The way he is, it makes you feel like he isn't there for the wrong reasons," said Washington. "For a coach to say he cares about you more as a person than as a player, that is a check mark right there in my book. I can't wait to get to meet him and work with him and all of that when the time is right. The time on the phone, meeting is really helping a lot. I give people the benefit that way. The first impression was really good. I have a lot of faith in him and I am glad to work for him."

The challenge now moves from developing a connection to getting the most out of his players. This process will officially start on July 28th, when the NFL told teams they will report for training camps. It will be then that Hilliard will be able to cement his own legacy within the Steelers organization.