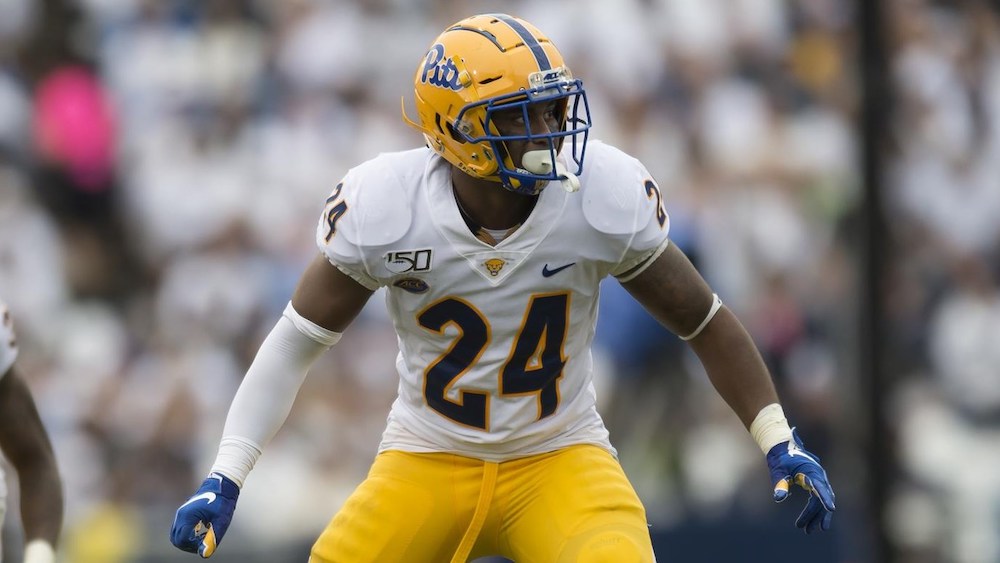 What the list is lacking is an abundance of linebackers. Go ahead, give it a look. There's only six, but they certainly are worthy selections.

The first was Joe Schmidt, a Pro Football Hall of Famer, in 1952. The next -- former walk-on Sal Sunseri -- came in 1981, followed by Ezekial Gadson, whose only year as a full-time starter was memorable. He had 24.5 sacks and 137 tackles in 1987. Before becoming the Steelers inside linebackers coach, Jerry Olsavsky put together three consecutive seasons of 100-plus tackles at Pitt, culminating with All-American honors in 1988.

H.B. Blades ranks as one of the surest tacklers in Pitt history, racking up 433 in his career, including a whopping 147 (86 solo) with 10.5 tackles for loss, two fumble recoveries, two interceptions and two blocked field goals as a senior in 2006. It earned him Big East Defensive Player of the Year honors and first-team All-American status.

These stars are moving on in the #PittPlayerBracket

Scott McKillop replaced Blades at middle linebacker in 2007 and finished that season with 151 tackles, but it wasn't until a year later when he earned his All-American status with 126 tackles, 16,5 tackles for loss and four sacks. His 344 career tackles are 10th in Pitt history.

Pitt's current corps of linebackers might not stack up with the best to play for the program, and with the star power along the defensive line and in the secondary, they don't get much attention. But there is experience and promise in the group, particularly among the likely starters.

If the group can elevate their performance, even slightly, from last season, Pitt's defense could prove capable of navigating an ACC Coastal Division that is filled with emerging quarterbacks -- guys such as North Carolina's Sam Howell and Virginia Tech's Hendon Hooker come to mind -- on improving teams.

Let's take a closer look at the main players.

And he was productive, finishing the season with 62 tackles (nine for loss). He had nine tackles against North Carolina and three tackles at Virginia Tech, one of the few bright spots for the Panthers in a 28-0 loss.

Bright (6-foot, 215 pounds) can get to the quarterback, and though he might not be well known, he has his fans.

Pitt's defense was pushed around during it Quick Lane Bowl victory over Eastern Michigan, but Campbell, a converted safety, was a bright spot for the unit. His two sacks came at crucial times and thwarted potential scoring drives.

A fifth-year senior, Campbell (6-1, 220) made nine starts last season at star linebacker but is expected to move to the money position this season.

His speed brings an added dimension to the group, and he finished 2019 with 56 tackles, 5.5 sacks, two forced fumbles and a key interception in a win against Central Florida. As for those sacks totals, only four returning linebackers in the ACC had more last season.

Pine, another fifth-year senior, could be the key to Pitt's defense in 2020

Why? Well, he's the leading candidate to man the middle primarily serving as a backup since 2017. Pine played in 11 games last season, making one start against Ohio. At 6-2, 250 pounds, Pine has the size to play the middle. His demeanor and and strength also are key assets.

But can he become consistent, improve in coverage and do a better job shedding tackles? If so, he will have the middle locked up. If not, defensive coordinator Randy Bates, linebackers coach Rob Harley and head coach Pat Narduzzi could look at other options.

The 6-2, 240-pound George played 11 games as a freshman, finishing with five special teams tackles. Expect the former three-star prospect according to Rivals to get a closer look in 2020.

Davis (6-2, 240) played in 12 games last season, mostly on special teams and in a backup role at middle linebacker. The redshirt sophomore finished with nine tackles, a sack and a blocked punt. He also returned a blocked punt for a touchdown.

Wendell Davis scoops it up to finish the job!pic.twitter.com/OAG75GG5Hv

Smith (5-11, 210) played in four games last season, which preserved a redshirt. He drew praise for his performance during training camp as a freshman, and he can play the star and money positions.

Pitt signee Leslie Smith got his mom to suit up with him.

Dennis (6-1, 230) played on special teams in eight games last season. The last player to commit to Pitt in the Class of 2019, Dennis originally was headed to the Air Force Academy.

It's easy to overlook this group on a defense that features Rashad Weaver, Jaylen Twyman and Patrick Jones II up front along with Paris Ford and Damar Hamlin at safety. Those guys bring star power to the defense.

But looking past the linebackers would be a mistake. They might be unheralded, but they are productive and, on occasion, disruptive. Plus, going into this season, Bright, Campbell and Pine bring 11 years of experience to the group. That cannot be understated.

Bright can get to the quarterback with regularity. So can Campbell. And should Pine struggle if he earns the starting job, there's several intriguing options at middle linebacker to consider.