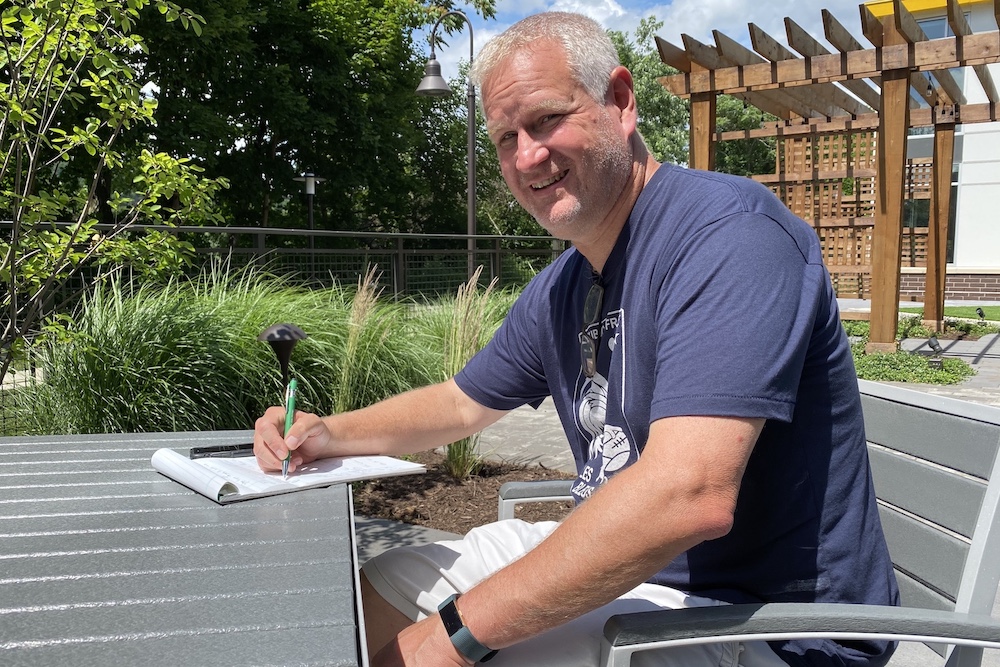 There's coverage, and then there's a layer beneath.

As DK Pittsburgh Sports has grown, adding beats and adding writers, the one gap that's remained has been that layer. The deeper dive. The full-blown feature. The one where a person or subject in the news becomes so much more real.

Please join us in welcoming Tom Reed, an extraordinary, experienced journalist, to our staff to do exactly that.

Tom's got deep roots in Westmoreland County, though he's built his brand in Ohio, where he worked for the Athletic, for the Plain Dealer in Cleveland, for the Columbus Dispatch, for the Akron Beacon-Journal. And he's been doing what's described above for a long time across the scope of sports.

Now, beginning in August, he'll be doing that for us.

This story has been, in its own way, a loooooooooong time coming.

I met Tom in the 1990s, then really got to know him in Athens, Greece, of all places, back in 2004. We were both covering the centennial Olympics there, both staying in the same dorm-style media housing just outside the heart of town. In getting to know him, I also started to check out his work, which was for the Akron paper at the time, and noticed one piece he called the Reporter's Decathlon, in which he'd find a way to cover 10 events -- all off the beaten path -- and share his observations with readers. I loved this and, as longtime readers of mine can attest, stole it for my own: At each of the five Olympics I covered myself, including the one for this site in Rio de Janeiro, I did one of these, each time crediting Tom in print.

He thinks at that level.

Earlier this year, Tom traveled to Tanzania, a gorgeous country in eastern Africa where I once spent a full summer myself, to follow the Browns' Myles Garrett. You know, the helmet-swinging guy. And he came away with ... well, go read for yourself.

He'll also do intricate, imaginative analysis of things that might otherwise appear routine. Among my recent favorites were this about one of hockey's most perilous plays. And this about Baker Mayfield's hot-headed exchange with a Cincinnati vendor. And this about a deadly-serious subject such as sex trafficking at sporting events.

With us, Tom will cover all of our teams -- Steelers, Penguins, Pirates, Pitt or wherever compelling stories turn up -- immerse himself in the people, expand upon their stories, elaborate on the news of the day, and offer you that much more than what we'd been offering.

We as a company, as a venture, were never going to be all we could be without this element. We wanted to wait for the right person to come our way. The right person, one of the very best in the business, has done that.

Tom will have a personal piece up here tomorrow, he'll have his first feature for us later this week and again, he'll start with us in a full-time capacity in August. Seriously looking forward to this.